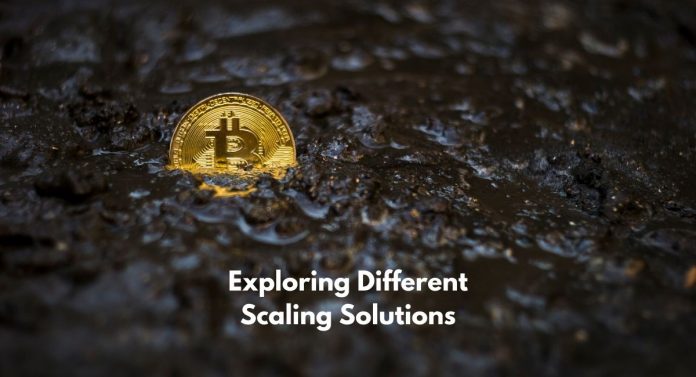 Blockchain technology is revolutionizing the world with its numerous qualities. The technology, along with its multiple projects, has gathered quite some limelight.

Some basic questions which can influence the adoption of an end-user include: 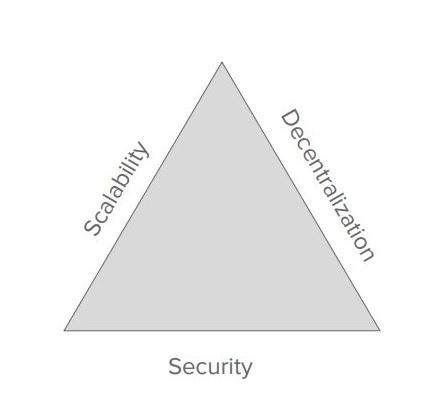 Can Blockchain Technology be scalable?

The answer to the scalability is Yes. The question is, how? Through scaling solutions.

Bitcoin (BTC) and Ethereum (ETH) were designed to keep decentralization and network security as a priority. As a result, both blockchains have incredibly slow processing speeds.

Balancing scalability, decentralization and network security is the trick which we need to Master.

There are generally four categories of blockchain scaling solutions:-

Requires changes in the actual codebase of the blockchain. This is difficult to implement and also needs consensus to do so. There are generally 3 popular on-chain scaling solutions:

Transaction signatures take up a huge volume (65%) inside a block. SegWit removes the data attached to a signature by stripping off the signature from within the input. The signatures are moved to a structure towards the end of a transaction. This increases the block size limit on a blockchain (from 1 MB limit for block sizes to a little under 4 MB).

Sharding is an On Chain scaling solution. It splits the Blockchain across shards and each node manages its shard (which is only a part of the data on the Blockchain). Each node is responsible for processing its transactions. This makes the network faster.

Some of the benefits of Proof of Stake (PoS) which are favorable to implement Sharding are:

Read our previous article on Sharding

There are situations when a group of people does not agree on certain things with the core community. They decide to part-away by doing structural changes to the underlying code base and create another coin. It results in Hard Forks, where the user base needs to move into a new and improved chain. There is where community consensus becomes all the more important.

Some of the examples are:-

This second-layer scaling solution for Bitcoin supports smart contract functionalities on top of Bitcoin’s blockchain, allowing for the creation of private, off-chain channels to support instant transactions with minimal fees. This network tries to lighten the main blockchain by moving the transactions off the main chain (also called ‘off-chain’), and thus reducing the congestion on the blockchain itself.

Read our article on Lightning Network

This scaling solution is for the Ethereum blockchain where the users establish private channels (called ‘State Channels’) without broadcasting them to the main blockchain. Raiden is Ethereum’s version of Bitcoin’s Lightning Network.

Plasma is another off-chain scaling solution for the Ethereum blockchain where ‘child chains’ that originates from the main blockchain (parent blockchain) functions as separate blockchain transactions but still rely on the main chain for security. Each child chain operates independently and runs parallel thus speed and efficiency are optimized. Also, each child chain can have its own set of rules and qualities.

This scalability solution is based on the NEO blockchain. It is similar to Lightning Network and Raiden Network. Trinity uses state channels to increase blockchain throughput, focusing on real-time payments, privacy protection and low fees for NEO assets.

Here the token holders vote in delegates that validate transactions on the network on their behalf. The number of voted delegates can range anywhere from 10-100 depending on the system and are periodically changed. Delegates that do not perform well or harms the system will be voted out by token holders and replaced. DPOS is partially centralized and can run faster than other traditional public blockchains.

This is the property of a distributed system where the system is constantly achieving consensus even if there are adversarial actors within the network. This means that a BFT system can continue operating even if some of the nodes fail or act maliciously.

These distributed ledgers do not organize information (transactions) into chained, sequential blocks. They are not Blockchain. The most popular ones include IOTA and Hedera Hashgraph. IOTA uses a technology called Tangle and Hedera Hashgraph uses one called Hashgraph. The purpose of these systems remains the same. Create an immutable Ledger that is scalable, secure and decentralized. 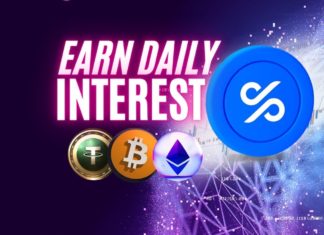 Top Reasons to Buy Uniqly in May 2021