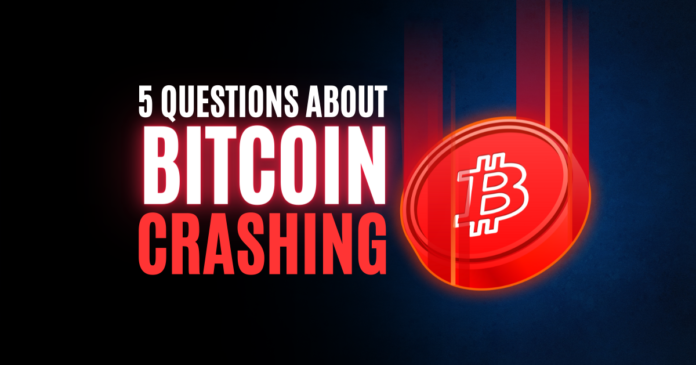 Since Bitcoin came onto the scene, its price keeps going up and down. Recently, we came crashing down from the $69K ATH in November 2021, to $18K. This keeps happening and every time it does, it’s supposed to be ‘The end of Bitcoin’, right?

Even now, during the current bear market, Bitcoin saw a few smaller crashes. There were a few other infamous crashes as well. So, let’s have a look at Bitcoin crashing.

Why Did Bitcoin Crash Again?

Bitcoin keeps dipping below $20,000 in recent weeks. The price sees a sideways movement between $19K and $22K. That’s the range it seemed to have settled into since June.

So, the current Bitcoin crashes are mostly caused by macro factors. These not only affect the crypto market, but also the economy. These recent factors have three main causes:

Another factor that played a role in 2022 was the Terra Luna/UST crash. This dragged down other crypto firms like the Celsius Network. Furthermore, China also keeps cracking down on crypto.

As a result, we saw a lot of volatility in the Bitcoin price range. We can explain this volatility by positive and negative news. The Times UK had some views on this:

This crash is also known as the ‘Bitcoin crash’ or the ‘Great crypto crash’. In late December 2017, Bitcoin saw a new ATH of $18K. This was the result of a buildup starting in April-May at just under 3K. In early February 2018, Bitcoin struggled to stay above $8,000. Early December 2018 saw a $3.500 price tag on Bitcoin. See the picture below. 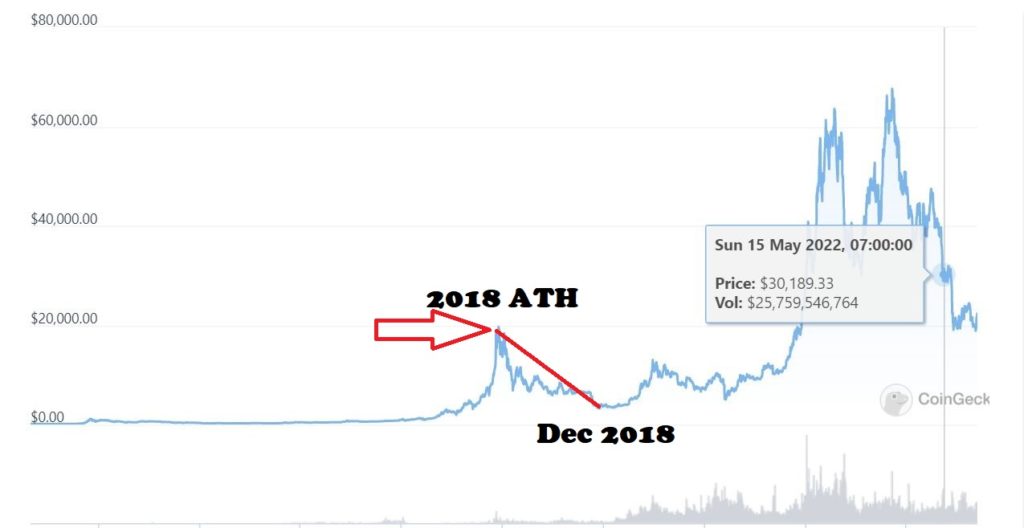 So, between January 6th and February 6th, Bitcoin tanked 65%. It should come as no surprise that altcoins followed suit. Then, in September, BTC was down 80% from the ATH. This made it worse than the dot.com collapse, which stood at 78%.

On the other hand, institutions had negative reactions to Bitcoin. JPMorgan, who since had made a 180-degree turnaround. The SEC also turned down a Bitcoin ETF. All this combined added up to Bitcoin crashing in 2018.

There are a few reasons why Bitcoin started to crash towards the end of 2021. We are still suffering the consequences of the current day. Here are some reasons.

This is inaccurate. Tesla only sold ~10% of holdings to confirm BTC could be liquidated easily without moving market.

Where Will Bitcoin Crash To?

The big question is “How low can Bitcoin go”? It was surprising that on September 7th, Bitcoin found itself at $18,650. It was almost as surprising as seeing Bitcoin today at $22.350.

Every time Bitcoin drops below $20K, all hell breaks loose. The press declares Bitcoin dead. Some people think that it’s the last time you can buy Bitcoin for under $20.

Others see this as a great opportunity to buy the dip. For a few months, some analysts see the bottom for Bitcoin go as low as $10,000. However, the Bitcoin price hasn’t been below $18K since November 2020.

Even if the Bitcoin crashing continues, it will also rise again. Will Bitcoin hit $100,000 after the next halving? If not, then it’s a matter of when rather than if. The general sentiment is that Bitcoin will reach a $1 million price. The question is when? Before 2030 or is Bitcoin crashing back to $1 million, and the press declares Bitcoin for dead?

There’s a difference between a crypto crash and a correction. In crypto, we can consider when we have a crash when we see a 10% price difference or more within 24 hours. On the other hand, a correction is the same 10% drop. However, now it’s spread out over one week to 10 days.

We saw Bitcoin crashing over the last couple of months, but we also think that it is a big correction. Crypto winter is here for now. However, latest with the next halving, due in 2024, the price will rise again. Most likely we will see at the latest a positive price development towards the end of 2023. Not only for Bitcoin but for the whole crypto market.

We looked at five questions that deal with Bitcoin crashing. We found answers explaining the Bitcoin crashes in 2018 and 2021. Furthermore, we also looked at if Bitcoin will crash again and how low the price can go. Nonetheless, if you zoom out, you can only be optimistic about Bitcoin’s future. 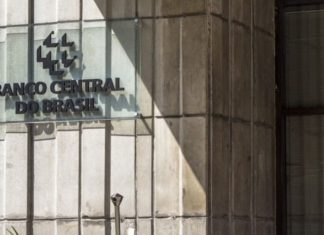 Renewable Energy Company In Quebec Gets Overwhelmed by Crypto-mining Demand

Discover the Biggest Crypto Airdrops of 2022