The blockchain space has seen incredible growth in the last year. Thousands of newbies have warmed up to crypto. Concepts like DeFi, metaverse, and NFTs have slipped into mainstream awareness. However, blockchain-based gaming accounts for a huge part of the crypto surge. Gaming platforms like Farmers World have raised awareness of the economic possibilities of the crypto space.

Rather than playing for fun, people get a monetary reward for playing while having fun. This gaming mode is widely known as the “play-to-earn” gaming model (P2E). Also, in the P2E model, gamers have ownership of in-game assets. Furthermore, players can grow their assets by playing the games often. In-game assets range from game tools to cryptocurrencies to weapons. In addition, over the last year, games like CryptoBlades, Alien Worlds, Splinterlands, Upland, and Axie Infinity grabbed all the attention. However, Farmers World is another thriving game.

Farmers World has racked up more numbers in the past few days and is now in the top 3 games on Dappradar.  Also, the game has over 117k users, and things look green on its platform. Due to the rise of GameFi, Farmer’s World is now a huge contender for both Axie Infinity and Alien Worlds.

Farmers World is unique for many reasons. First of all, it combines planting, breeding, construction, and a few battles. Most importantly, Farmers World is the first game to function on the NFTs platform. Also, the game is easy to navigate. Furthermore, gamers must select the appropriate tools for themselves to play the game. In addition, they must develop various resources, and purchase land to construct massive farms. It gives players a delightful experience of farming in its rewarding environment.

Watch the video below to understand the gameplay

About the Game
Farmers World was inspired by a document called “Manuscript No4848,” which is now housed in Brazil’s National Library. It details a strange old farm in eastern Brazil. A group of explorers discovered the farm in 1573, but its existence was largely a secret. Furthermore, GJIT JAPAN, a Japanese game developer, developed Farmers World. In addition, the game runs on the WAX blockchain. WAX is a public blockchain that focuses on digital collections and games.

The most appealing aspect of the game for players is the reward system. By acquiring or synthesizing instruments, players can participate in “mining.” Furthermore, the resources unearthed can be used immediately in the exchange.

FarmersWorld has three major types of resources: Food Coin, Wood Coin, and Gold Coin. Farmers can get GOLD and NFTs by mining and playing Farmers World. Furthermore, farmers can also utilize GOLD and WOOD to make their own tools and repair their equipment. Also, the game requires tools and health for maximum experience. As a result, players would have fish to explore the FOOD, and in return, use FOOD to boost their STRENGTH numbers.

There are four levels of reward in the Farmers World game:

How to Play the Game

With the stats associated with Farmers World, it could be worth paying attention to. 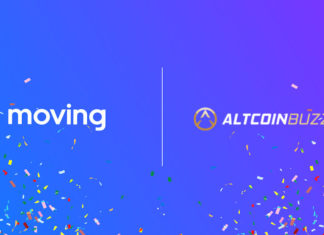 Andrej Ulicny - September 23, 2021 0
Are you day trading crypto? Are you a huge fan of cryptocurrency, and none of your friends know about it? Would you like to...