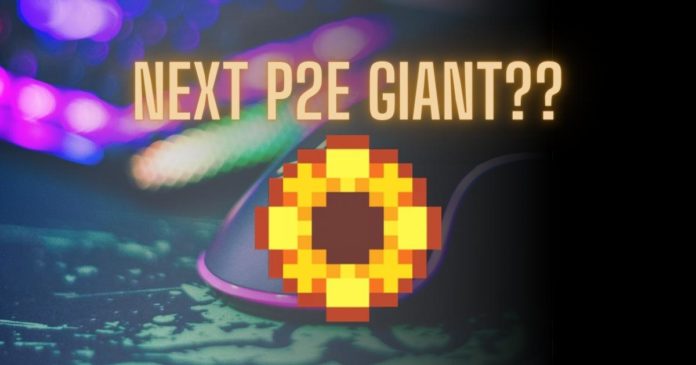 With users, and actual volume to show for those users, what is making this game so popular? Let’s take a look.

What Is Sunflower Farmers?

The number one game on Polygon actually started as a side project by a group of open-source developers. Sunflower Farmers began as a hackathon project in Dora Hacks, according to their whitepaper.

Sunflower Farmers promises something different to the blockchain gaming community. Many games, projects, and communities in the space often overpromise and under-deliver. They pre-mine tokens in their ecosystem and drive up hype until the game drops. After the game finally releases, early investors are often underwhelmed.

Sunflower Farmers approached their release differently. The token is controlled by the community, not the developers. The game was launched ready to play, as well as completely free to play. Only a donation was required to enter the game. The developers did not pre-mine the in-game token, $SSF, prerelease as well. Completely open-source, the game slowly grew into what it is today with members of the community contributing. According to their whitepaper, only 200 players were active in December. The game has exploded since, seeing over 124,891.71% growth in the player count since its release in October.

Sunflower Farmers is Donate to Play.

We are pleased to announce that so far farmers have raised over 116K USD for a range of charities.

This is incredible and we are so grateful for all your support 🤗#Polygon #DonateToPlay pic.twitter.com/rgQzsCVk5b

What Do You Do in Sunflower Farmers?

In the game itself, players:

and more on their quest to build a farming empire. Players can combine and craft items they mine to create rare items to sell on the open market. Players can craft tools to make their farming experience easier. Different plants take varying times to grow and require increasing amounts of the in-game $SFF token to purchase seeds. See the below table for a visualization of this mechanic!

Rewards will lessen as more people farm and the overall supply increases over time. The earlier you start, the higher the possible rewards are for you. Additionally, players are further rewarded for participating in the game. When tokens are spent on upgrades or crafting in-game, they go into a rewards pool. Every three days, players are eligible to receive a portion of this pool as a reward, proportionate to their farm size.

Should You Play Sunflower Farmers?

This is one of the most unique and interesting P2E games available, and it might be one of the most simple. It is a simple real-time farming simulator with real rewards. It takes the concepts of the mobile apps that we became used to in the Web3 era but puts a Web3 spin on it. Remember, or maybe you even still play, Farmville?

Instead of funneling hundreds, if not thousands, into these time-based farming simulators for shorter wait times, players are actually rewarded for the time they put into the game. They receive items they can sell on the open market, not burn in a play-to-consumer one-way marketplace. The devs no longer see hundreds of millions of dollars per quarter from in-game microtransactions. Sunflower Farmers has turned this into a two-way street, where everyone can see profits.

With NFT land sales coming soon, seriously keep your eyes on this project. The space rewards new, innovative ideas, and this is one.

We also took a look at Sunflower Farmers clogging up the Polygon network. To truly understand the scope of this game, read this article!

A few hours after writing this article, Sunflower left this twitter announcement

The team has made the tough decision to put the game into maintenance mode.

You can read more about it here:https://t.co/5sMQKm3ss3

A more detailed explanation is here on their website. At this stage, we have no reason to think that this is a rug pull. Sunflowers has deep community involvement and there is very little separation between the community and the developers. They are offering an airdrop and the ability to redeem tokens in the new, updated game. 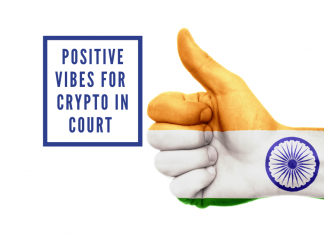 Deepika Garg - January 16, 2020 0
After a series of adjournments, the Indian Crypto vs Reserve Bank Of India (RBI) case is being heard by a fresh 3-judge bench. The...