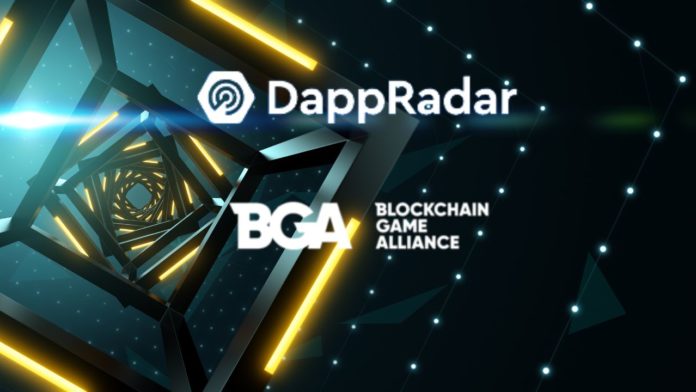 DappRadar and BGA Games just released their 5th combined report. Their report states that blockchain gaming continues to stay a step ahead of the bear market. This market segment keeps afloat, being a great sample in these bearish conditions.

Therefore, there are a few big players that keep the momentum going. Illuvium with its first land sale, Also, the Galaverse, and Stepn carry the torch. So, let’s dive in and see what is going on with this blockchain gaming report. But first, let’s take a look at the conditions of the industry nowadays.

Nowadays, the bear market is roaring its ugly head currently. It’s affecting both the stock and crypto markets. In 2020, we saw the crypto market for the last time below a $1 trillion market cap. However, the current market cap is $900 million.

This also impacts the dApp industry. It reached a low point, not seen since September 2021. It registered 2.22 million daily Unique Active Wallets (UAW). However, blockchain P2E games had 1.15 million daily UAW on average in May 2022. That’s only 5% down compared to April 2022. Therefore, this shows that the blockchain gaming vertical holds up well. They fare better than any other blockchain vertical. 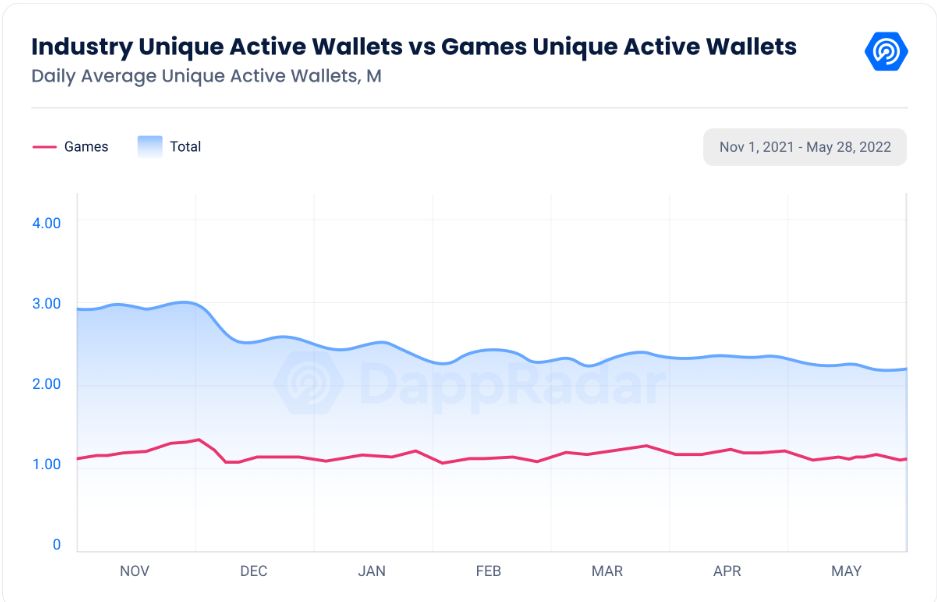 The report by DappRadar and BGA Games covers the most exciting recent events. Therefore, let’s have a look at four P2E games that are leading now:

Illuvium had a successful BFT land sale. This is one of the most anticipated triple-A blockchain games. Their first land plots sold out, despite the current market conditions. 20,000 land plots sold in just two days. Between June 2nd and 4th. They sold for 4,018 ETH, worth $72 million at the time.

During Q1, they released a beta version of the game. Illuvium Zero will be their mobile version.

The great positive about this land sale was that there was no gas war. They used Immutable X, the L2 solution, to handle the sales. This shows Otherdeeds how such an event can go over without a hitch.

Splinterlands keeps taking the first spot in the gaming world. For eight months, they lead the DappRadar lists. Their dynamic card game keeps beating all other games. For example, in May 2022, they welcome 350,000 daily UAW. That’s only 4% less compared to the previous month. That’s a stunning achievement in this bear market.

Check out the newly updated roadmap! We've updated the status of ongoing projects and you can always find the current progress of development at the link below:#splinterlands $SPS #sps #playtoearn #GameFi‌ #p2e https://t.co/pGa2tDTALP pic.twitter.com/9DVf0QP08v

Gala Games keep building their empire. Some games are already live, up and running. For example, Townstar and Spider Tanks come to mind. Assets are already for sale for other games, like Mirandus and TWD. They also boast a rather unique ecosystem. It’s their players who run the decentralized nodes. These power all the dApps.

The Galaverse, hosted by Gala Games on June 6-8 in Malta, deserves a hot spot. They announced interesting partnerships. They also showcased a few exciting milestones for their dApps. Therefore, let’s take a look at the latest developments in Gala Games:

Sales are now open to the public!

Pro Tip: Use the sorting options to the left to look at the newest items for each project.
https://t.co/lUjhDeDhzu

Plenty of activity at Gala Games with exciting times ahead. However, the GALA token didn’t follow this upside trend. Like most other tokens. Just like BTC, the GALA token has a capped supply and halvings. Next up is the Mirandus Exemplars airdrop. This rewards MTRM and is part of Mirandus’ next playtest.

The move-to-earn (M2E) movement is one of the hottest topics in crypto town. Stepn takes the lead in this space. They just registered 2 million monthly users. With Stepn, you earn tokens with physical activity.

Their GMT governance token keeps dropping in price. However,  the number of wallet users, currently at 262,000, keeps increasing. See the picture below. 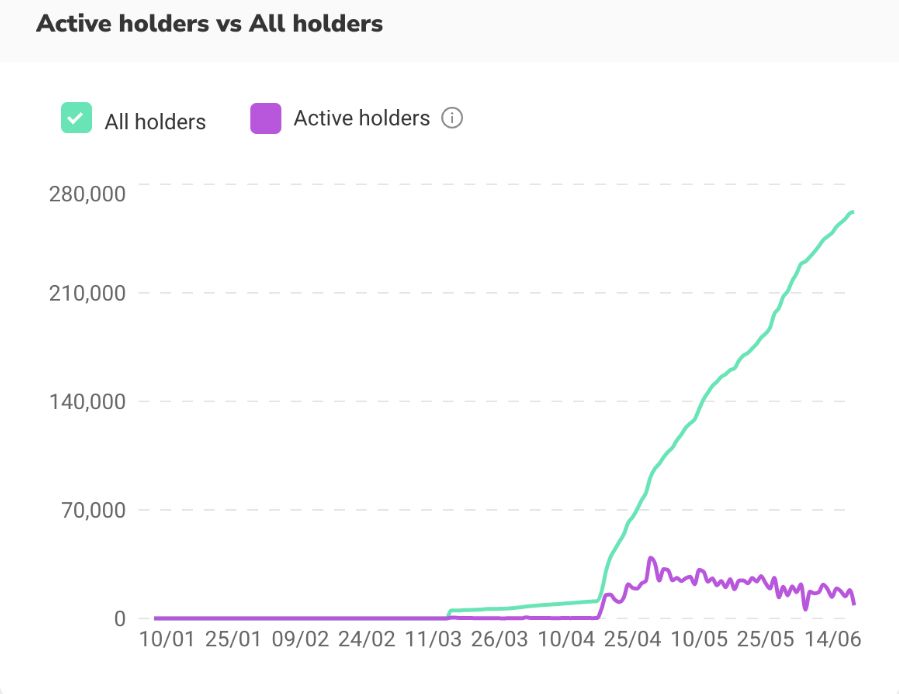 Moreover, a long-announced feature is now available: To lease Sneaker NFTs from another player. The floor price of the sneakers is in SOL. Therefore, since the SOL price is also on a downward trajectory, onboarding became cheaper.

Another Solana Move-to-Earn dApp, Genopets, adds gamification. You need to catch Genopets monsters with AR like Pokémon Go. They launched Genopets Habitat. This is the project’s virtual world. A mobile version is also in their roadmap.

On the other hand, Avalanche offers Step App as their move-to-earn dApp. It works similarly to Stepn. Their mobile dApp has yet to launch, but their FITFI staking pools are open.

Other movers in this market are;

The M2E movement seems to be making waves in this bear market.

Capital keeps flowing into metaverse and game projects in a steady stream. One more bullish sign for the market segment. In 2022, we saw $4.9 billion already poured into the metaverse and gaming.

A16z added another $600 million to this. They plan to build Games Fund One. This branch boosts game studios and infrastructure.

Also, Dapper Lab achieved another remarkable feat. They managed to raise $725 million. This allows keeping building on the Flow blockchain. Flow partnered with the NBA, NFL, La Liga, and UFC. In addition, they are the home of CryptoKitties.

Finally, the takeaway from this DappRadar and BGA Games report is the growth in blockchain gaming. Despite the bear market, there’s steady growth going on. Investments keep pouring in and user numbers increase.

In addition, the price of various crypt gaming assets is not how we like to see it. However, many fare much better compared to non-gaming assets.

The blockchain gaming segment of the crypto market gives strong support and seems to be on a bullish track.

Moreover, win $6,699 worth of bonuses in the exclusive MEXC & Altcoin Buzz Giveaway! Find out more here. 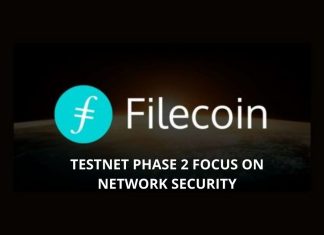 David Abel - May 20, 2020 0
Filecoin has announced the launch of its testnet phase 2 in an official blog announcement on May 14. This is a giant stride for...

How To Use The Alpaca Finance Platform