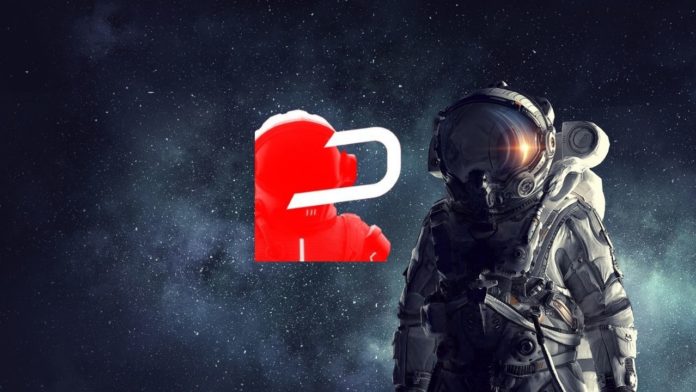 Dark Frontiers meets you at the dark side of the moon. A nuclear explosion destroyed Mother Earth and the only survivors are the ones in space at the time of the explosion. They meet at International Moon Base Alpha. Here they find signs of another civilization. The quest for survival and exploration starts.

When living in space or on the moon, humans need some extra tools and equipment. Otherwise, they won’t survive. This is where Dark Frontiers finds the P2E angle by it guaranteeing excitement and fun. Watch the Dark Frontiers trailer below. In this article, you will learn everything about the Dark Frontier P2E game.

What Is Dark Frontiers P2E Game?

The Dark Frontiers P2E game is Gamestarters brainchild. Just a few days ago, on 1st March 2022, their browser-based game dashboard went LIVE. This immediately allows for Land crafting and staking. The game starts on the moon and continues to different planets. We already wrote a review about the game earlier.

On the various planets, players can forge and own land. They call land ‘Terra Firma’ which stands for ‘dry ground’. Of course, land comes in the form of NFTs. The Moon has 2,000-3,000 land plots. It takes 1,000 staked DARK tokens to own one plot. First ones in getting to share the spoils without buying limits. The only thing needed is DARK and your MetaMask wallet.

Once all virtual land plots on the moon sell out, the land will become available on the next planet. However, if there’s an urge to sell your land, un-stake your DARK. Next, burn your land NFT anytime. As a result, a new player can now buy the land again. On the other hand, players can also trade their land. The Dark Frontiers gameplay collects value on land plots. Only the landowners can claim these rewards.

On top of that, Dark Frontiers distributes each month at least 10,000 DARK between landowners. In addition, 25 random landowners receive a mystery NFT pack. A detailed tutorial is coming up next. Check out Dark Frontiers Twitter for updates.

What Are the Benefits of Owning Land in Dark Frontiers?

The benefits of owning land in Dark Frontiers are twofold.

Players can mine crystals and cash them out for DARK tokens. This is before the main game release. All rewards are dynamic. To clarify, this means that the rewards change every week.

2. During the game development PHASE 2.

Players qualify for appealing gamification rewards. These are also always updated. This is the most important reason to own land on the moon.

If it’s your land, it’s your base. This allows for adding buildings and infrastructure. In other words, realize your in-game goals faster. Moreover, it allows unlocking special NFT crafting options. For example, a spaceship workshop can craft and upgrade flying ships. Likewise, all other flying vehicles also qualify.

Also, owning land allows players to craft moon-based benefits. In addition, they can craft collectibles and special NFT items. Furthermore, they can also receive all these items in different ways.

How to Play Dark Frontiers?

The Dark Frontiers space suits deliver oxygen. Without oxygen, players die in the game. Spacesuits come in 3 tiers and went on sale in December 2021. The lower tiers sold out in 20 minutes. The tier 1 suit with unlimited oxygen didn’t sell out. Only 500 tier 1 suits are available, out of 3500 minted suits. For example, a tier 2 suit only has oxygen for 3 hours. A tier 3 suit holds O2 for 2 hours.

Now, we’ll present you other features:

The Dark Frontiers space suits deliver oxygen. Without oxygen, players die in the game. Spacesuits come in 3 tiers and went on sale in December 2021. The lower tiers sold out in 20 minutes. The tier 1 suit with unlimited oxygen didn’t sell out. Only 500 tier 1 suits are available, out of 3500 minted suits. For example, a tier 2 suit only has oxygen for 3 hours. A tier 3 suit holds O2 for 2 hours.

Moving around by foot doesn’t get anyone far. Therefore, players will have space rovers. These can cover more ground and help with mining valuable resources. They are fast and efficient vehicles. There will be different tiers of vehicles, each with unique features. However, beware, they can break down as well! Available soon in the native marketplace.

Traveling between planets needs to be in style. That’s where the Dark Frontiers’ space bioships come into play. Also, they are a haven to boost your oxygen levels, after a field trip. By merging two spaceships, players can craft a new, bigger and better spaceship.

Therefore, by merging two NFTs, the game burns them and mints a new spaceship or NFT. Although the original design of the two vessels plays a role, the outcome is random. As a result, all new ships that players mint, are unique.

Players have exciting tasks ahead of them. Exploring new planets, discovering new ways to survive, and mining land. However, most of the time they are outside their ships. As a result, they have restricted oxygen levels in their spacesuits. Designated oxygen stations or their bioships are the places to fill up on oxygen.

What Is the DARK Token?

Also, the game will see a Dark Matter Energy token that is mineable. Furthermore, there are $GAME tokens. Both of them allow for forging NFTs that help in exploring space.

🔥Unstake your $DARK and burn the #NFT anytime

🌘 Land #NFTs will be tradable in the marketplace & rewards are transferable pic.twitter.com/Y60mUaRCyP

Dark Frontiers is a P2E game that explores space. The team manages to keep adding features to the game regularly. Virtual land ownership is in the spotlights, grab your Dark Frontiers land plots as long as you can. The future for the P2E gaming industry looks bright, and Dark Frontiers is a game to keep an eye out for. The DARK token is also worth keeping insight, because of its low market cap. To the moon and further! 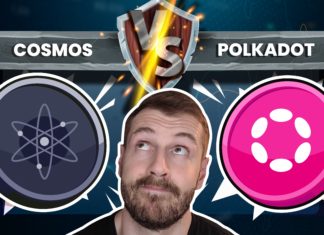 Victor - May 22, 2022 0
It is true that there is no project that is not bleeding at this moment because of the bear market, but like with everything...