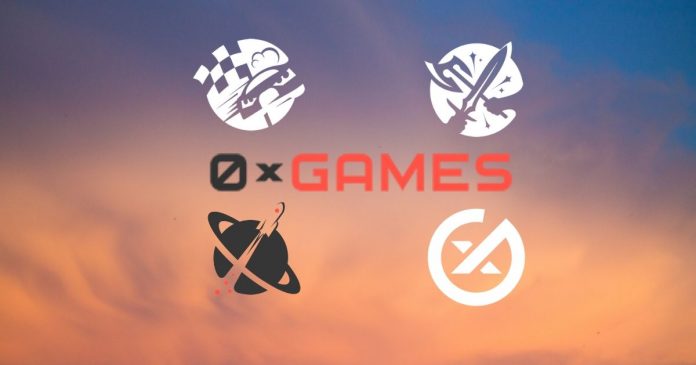 To date, 0xGames has developed 4 blockchain games. The most successful one is 0xUniverse, which has been one of the top gaming Dapps ever since its release.

Here are the juicy details about the game.

Q: Are 0xRacers set on a racing planet within the 0xUniverse?

A: Yes, lore-wise we actually thought that 0xR should take place somewhere in the galaxy, that is why there is a spaceport in the city.

Q: What is the fuel used for?

A: 0xRacers will have different competitions (free and pay-2-participate). Fuel is needed to join races. Once in a while, it refills itself for free. Paid competitions will have tickets with higher stakes and prizes. Fuel also serves as the cooldown for the races.

Q: What is the difference between tiers and rarity?

A: There will be different races according to car tiers. Also, there will be tier-bound contests later on. Rarity is built on the same concept as in 0xUniverse.

Q: Do we need a bundle of cars to increase efficiency?

A: A single car will be locked until the race starts. If you want to play several different races, you’ll just need another car, but no – you don’t need a bundle for efficiency.

Q: Any plans for parties/co-op?

A: Yes, there are plans to implement something like that. That’s why there are so many business buildings in the city.

Q: Will there be more parameters besides power, handling, weight?

A: There will be perks similar to ability cards that you can use to affect the strategy.

A: The team is doing its best to make the 1st playable version in about 1-2 months.

Q: Are you planning on allowing players to monetize cars?

A: Maybe, the idea is an interesting one.

Q: Will there be a facility to bet on races?

A: A good idea. It might be implemented later.

Q: If a car gets in an accident will there be a time penalty?

Q: What about conducting races on multiple 0xUniverse planets instead of one and letting the planet owners get a small % of the prize money?

A: The idea is great but there should be a racing track on the planets. Perhaps, in the future.

Q: Will there be any team racing game types?

A: It’s not in the immediate plans.

Q: Will you be able to play this game for free or are you required to buy at least a car?

Q: Will there be a rock-paper-scissors mechanics?

A: Yeah, sort of between weight, power, and handling. Check our discord for details.

Q: Can you lease out cars?

Extra info: The company plans to have nitro boosts for cars. Also, there are considerations about implementing some new mechanics for passive income, like property or corporation-like entities.

1) 0xGames introduces its own wallet – 0xWallet.

The 1st version of the 0xWallet is out. It’s fast and easy to use. This 1st version will have the function of storing account data locally. This means that account data is removed if the game data is deleted. As long as you save your private keys in a separate secure place, your account can be retrieved.

The next version of the wallet will be capable of storing account data securely on our server so that you could restore the data if need be. That data will be encrypted with a password which only you will know, so no one else (including us, the wallet’s developers) will be able to access it. 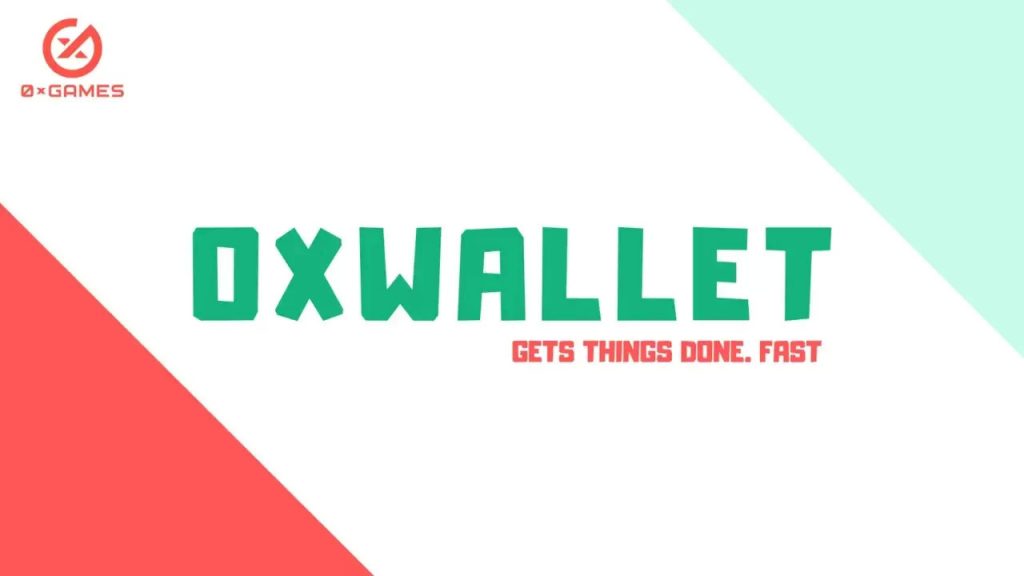 The 0xUniverse team is embracing this festive season by having a special Xmas legendary planet auction. Startree (the legendary planet) has been auctioned on December 14th and 50% of the proceeds will go to charity. 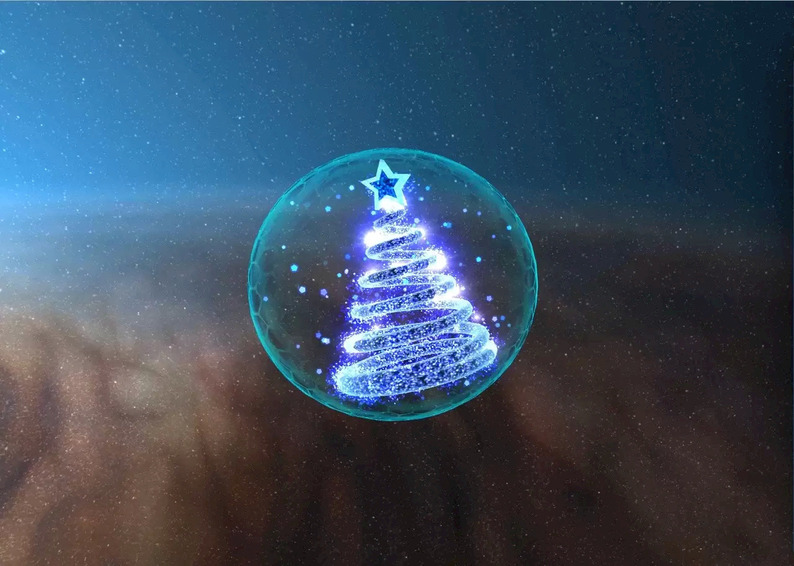 Sergey Kopov, the founder of 0xGames, took part in a big NEO-community AMA session. Here are the questions and answers.

Q: Why did you choose the NEO blockchain, and what makes you happy about it so far?

Sergey: Previously, the team that worked on this game was known as Hippo Games. Its most famous project is Tap Tap Builder. Now we work with different blockchains. There are more users for each new blockchain and each one has its own unique technological advantages. For example, I really like that NEO has free transactions.

Q: Which mainstream game is similar to 0xWarriors?

Sergey: 0xWarriors is a game in the genre of “battler game”. There are many out there. For example, my favorite is AFK Arena.

Q: Are you planning to bring more games to the NEO blockchain?

Sergey: Yes, we will see how successful our cooperation turns out to be. If everything works out well, we will connect NEO to all our games.

Q: What is the Arena fight mode in the game? And Tournament, Championship?

Sergey: Arena mode is a PVP competition between players that will challenge your warriors to gain experience and become stronger. The Tournament mode will allow you to win cryptocurrency and chests. The Championship is a more massive competition in which everyone can participate for free and win chests.

Q: Can I play on my phone? Is it a casual game or is it for hardcore players?

Sergey: Sure. You can play on iOS and Android. The game is for casual players, but it has enough depth to attract the hardcore audience.

Q: Can I make a profit in the game? How? And how much time will it take me?

Sergey: Yes, by winning in tournaments. Eventually, you will receive cryptocurrency and loot chests. In addition, you can sell excess equipment to other players.

Sergey: You start the game with a free wooden weapon. By fighting, you can win a chest in the championship. But you don’t have to bet on luck all the time. Thus, you can buy a chest in our store or at the auction from other players.

Q: What’s the most expensive item sold in Warriors?

Sergey: Prices vary but one player bought a chest for 500$ to get Undead Warriors.

Q: I see that some players have already reached the 20th level, how much time does it take to achieve this?

Sergey: Our game is highly dependent on the player’s skills, but on average it takes about a month.

Sergey: Yes, with NEO we only work through the Arkane wallet for now. It is very simple, I think the easiest among all other wallets at the moment.

Sergey: Sure. We are constantly developing the game. Dungeon PvE adventures are coming soon.

Q: What are the other upcoming games from your studio on Neo?

Sergey: This roadmap hints a bit. We have three games in the active development stage. However, we are now preparing a new game and it’s in the pre-production stage.

Sergey: Yes, equipment for warriors is NFT. In addition, we have unique undead warriors, they are also NFTs.

Q: What games do you play yourself? What is your favorite game/franchise ever?

Sergey: Most of the time I play my games of course. Occasionally, I also enjoy Heartstone, Archero, Through the Ages, Civilization.

Sergey: I’d like to dive a bit into this. We make new games with an open economy now. And blockchain is a technology allows you to do this. I believe social interactions between players in such games are much stronger. Accordingly, such games will be massively popular right after we solve all the difficulties with the gaming experience. In fact, we have already solved the majority of them. Besides, we will also need games with a much bigger production value. This is what we are working on now as I mentioned before. 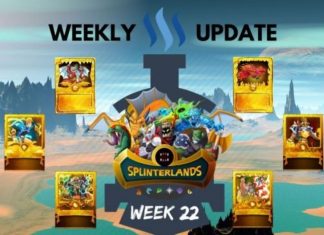 Ezekiel Ng - June 5, 2020 0
Welcome to the new Hive as we bring in updates from Splinterlands. Splinterlands continues to amaze! More than 11 million games were played with cards...