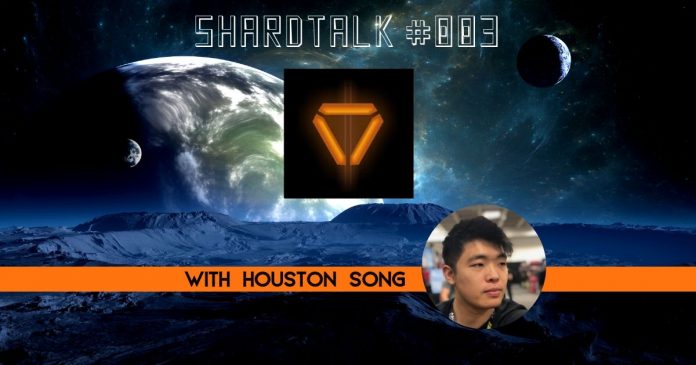 ShardTalk is the interview segment of Altcoin Buzz gaming which connects our readers to people who are shaping the Blockchain gaming space.

We have come to the 3rd piece of ShardTalk and today, we warmly welcome Houston Song, CEO of Garage Studios.

Q: How big is your team at the moment?

Houston: We started with just Adam and I. Most of what you see is built by a team of 2 people, Adam doing the programming and I was sourcing and managing the art production. Today, we’ve grown that team to 5 people, with the addition of a concept artist, a backend programmer, and a trailer/social media guy.

Q: Will Dissolution be f2p always?

Houston: Yes Dissolution will remain F2P. Our revenue model utilizes secondary trading to generate revenue in a very non-intrusive way. This is what is going to keep our servers and devs alive.

Q: What are the modes available for play in Dissolution right now?

Houston: Currently we have 3 modes:
Assault: Coop PvE against killer AI drones. The gameplay is based around capturing objectives, which also earns the player the most money.

Raid: Team-based PvP centered around capturing objectives similar to conquest in Battlefield. There are also bots that populate the game in the case that there aren’t any players around.

Zombies: This one is a community favorite. We never planned on making zombies originally until a couple of our players on discord kept requesting this mode. We made it for new players who are not used to First-person shooters to know the mechanics of the game.

Q: Will there be a story mode in Dissolution?

Houston: Yes the story mode will begin after we develop the MMORPG side of the game. We are experimenting with a concept of basing some missions around actual, player-driven events that occur in the game. We might also do a campaign of the backstory, which is centered around a massive war between humanity and AI. There is a lot of content we can work with.

Q: What do you think are some of the most fun weapons/items to be used in Dissolution now?

Houston: My personal favorite is the MHI Defender in Zombie mode. Its got a 12 round drum mag with select-fire, single and full auto. Full-auto into a crowd of zombies is the most satisfying thing.
Another fun one is the grenade launcher. It’s a bit challenging to use effectively, as the grenades only explode on a direct impact with the enemy. When you got a room full of drones or zombies though, it clears it out quick. Or if you meet someone in a tight hallway, it’s a very effective CQB weapon since they can’t dodge it. You can bounce the grenade off a wall behind cover to kill an enemy, but it does take quite a bit of skill to pull off.

Q. Currency earned in-game will be saved. Will you like to tell us more about what this currency can do in the future?

Houston: Our in-game currency will be backed by ERC-20 tokens. We’re aiming to get these tokens listed on exchanges once the game gets to the MMORPG sandbox stage of development, to really enhance the immersion of the game’s economy. You will be able to spend your currency in our store to purchase premium items such as rare skins and other NFTs. We think this is a great way to reward our players for playing the game and to really give the in-game currency value. We want our game to be enjoyed regardless if you spend money on it.

Q: Will you like to explain more about the Enjin integrations Dissolution will have?

Houston: We are using Enjin as the blockchain backend for our item economy. Any non-consumable items such as weapons, armor, ships, skins, etc. are going to be backed by an ERC-1155 equivalent.

We’re using a custom-made hybrid backend system to provide maximum ease of use for both regular and blockchain gamers. Regular gamers, who aren’t familiar with blockchains, don’t want to take time to learn about blockchains just to play our game. I imagine that they’re here because they like the concept and the gameplay footage that we’ve shown on steam, so the goal is to get them into the game as seamlessly as possible. To do this, we’re storing all of their account information in a central database on our servers, as any traditional game does.

Where the system differs, is for blockchain gamers, particularly those who appreciate the true ownership benefits of tokenized items. You will be able to play directly out of your own wallet, without relying on our servers, which provides a much more decentralized experience. There will still be some data that is stored on your accounts, such as your in-game balance or any new items you buy in-game.

This allows blockchain and non-blockchain gamers to interact seamlessly in-game, without any disruptions to the user experience from having to operate your wallet while you are playing. It’s also a great way to bring new users to blockchain technology and the Enjin platform. I think there will be a lot of regular players who see the benefits of blockchain and quickly become fanatics of the technology.

Houston: Yeah definitely follow our development, we’re a studio that is heavily focused on delivering high-quality content with speed. We’ve built a multiplayer FPS experience with a team of myself and Adam in less than a year of development. We started this project in April 2018 and our first release on steam was in December 2018. We’ve just gotten full Kovan integration working and are about to start testing it with our players. Mainnet integration should be live before the end of this year.

Here’s a couple of exciting things to expect for Dissolution:
Massive content updates are scheduled for early December 2019. New maps, including a 0G fps level, new guns and armor, and even possibly an attachment system for weapons. We’ve prototyped the basic physics for our space ships and hope to have players dogfighting each other in an arena by Q2 of 2020, with a combined arms game mode (ships and infantry) similar to Battlefield by Q3 of 2020.

We thank Houston for his time in sharing with us an in-depth explanation for the development and key features Dissolution has so far. Be sure to head over to Dissolution’s telegram or discord channel to request a beta key for access to Dissolution on Steam. If you are a fan of FPS games you have to try out Dissolution!

This ends the 3rd episode of ShardTalk and look out for this space for more up and close interviews! Check out what else we have in Blockchain Gaming too! 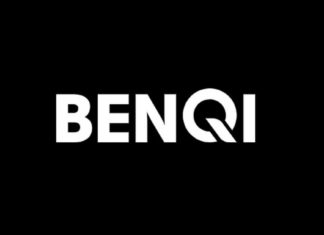 Lawrence Mike Woriji - February 19, 2022 0
Avalanche is one of the leading blockchain networks. However, it is also the most competitive. Several high-performing projects have launched on Avalanche, and each...

How To Use The Fractal Wallet