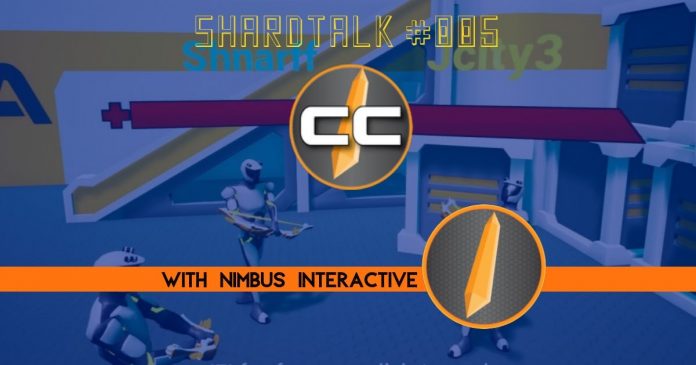 ShardTalk is the interview segment of Altcoinbuzz gaming which connects our readers to people who are shaping the Blockchain gaming space.

We have come to the 5th piece of ShardTalk. We are humbled to have the team from Nimbus Interactive to talk more about Containment Corps.

Q: What are some challenges faced during game development and how has Enjin helped?

Nat: Enjin has provided us with a platform to handle player inventory in a democratic and decentralized way. Players can control items outside of our game without the need for us to develop specialized tools or interactions-with Enjin it just works. Any challenge we had with the item system was easily overcome because the Enjin system so easily and seamlessly “layers” with our own systems.

Nat: Yes, we want to keep as few barriers between players and the game as possible. We hope our game can become entirely funded from ENJ related transactions.

Q: What is a feature CC has which you think differentiates you from other tower defence games?

Brad: Most tower defence games don’t have the loadout and ability style system that CC has, add to that our focus on great fps gameplay and it makes a killer combo! We also have some plans and ideas in the works for expanding our tower defence mode, and some new game modes that we are trying out.

Q: What are some items to look for in your first strike sale?

Nat: The Grenade is an awesome item and it is very satisfying to use against a cluster of enemies and rack up those damage numbers. The Grenade is super useful in clearing out the front of gates. Another item to look out for will be The Ai companion, Be.Ty, which changes up the game entirely. It is also our rarest/highest backed item(50 supply, 125 ENJ backing).

Q: Currently there are 4 classes to choose from, will there be more classes available in the future?

Brad: We’ve always wanted to expand the game by letting players get cool loot and customize their playstyle, and we have been working in the background on just that for the past year. Players will be able to earn new abilities by playing and doing well in-game, and abilities can be assigned to loadouts that you the player gets to make.  Note, we are still working out the nitty-gritty details on things like how many abilities you can have at a time, so expect us to try a few things out as we go to see if they fit!

Q: Any fun and exciting combos(with classes or skills) you will like to suggest for players to try out in CC?

Nat: Deployable turret and howling howitzer (from Cats in Mechs). This combo allows you to have 2 automatic turrets and the more players with this the better. It is a good combo because it allows for automatic area coverage and firepower not possible with the starting items alone. The ultimate support setup will be Aegis + Heal Shot + Gate repair.

Q: Is there any new maps or exciting modes which are coming up which you will be able to share information about?

Nat: The next big thing coming up is the player hub which is a new social area where players can manage their inventories and display cool cosmetic stuff. The next thing is rehauling the entire class system and UI loadout creation to accommodate a system where ENJ backed items can be earned as rewards. For longer-term plans, things like competitive game modes, and possibly even PVP modes will be implemented.

Q:  Anything else you will like to include about CC or future development?

Nat: Our drive has always been to make a great game. Inspired by games like Sanctum 2, L4D2, Vermintide, Destiny, and others, we plan to keep working on CC until it feels complete to us. Making CC free to play and integrating Enjin into our game does change things a bit, making us dive a little deeper into creating a full economy and loot system which should only add to the game. This did push back some game mode and gameplay features we had planned, but we fully plan to get right back to adding new content once we finish the new loot system.

Conclusion
A fitting ending to the 5th episode of ShardTalk and we are glad to see more and more awesome games coming into the blockchain space. Containment Corps is currently having their first strike sale and it will be ending in a few days! You can still get many of the amazing items they have in the shop that will be usable in Containment Corps on August 19!

Containment Corps has been almost been running entirely on volunteer effort for the past 2 years and they are now taking a step forward to implement Enjin backed items in-game. You can find more information about their first strike sale here. Head over to their shop to show your support and get your hands on their fully playable game as well!

We’ll be sure to fill up this segment with more intriguing interviews so be sure to keep a lookout! Check out other stuff in Blockchain Gaming too! If you want to be featured in our segment of ShardTalk drop an email to [email protected] for enquiries. 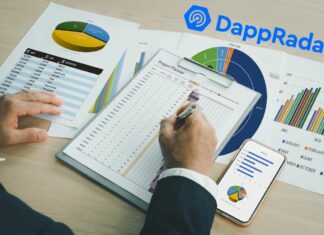