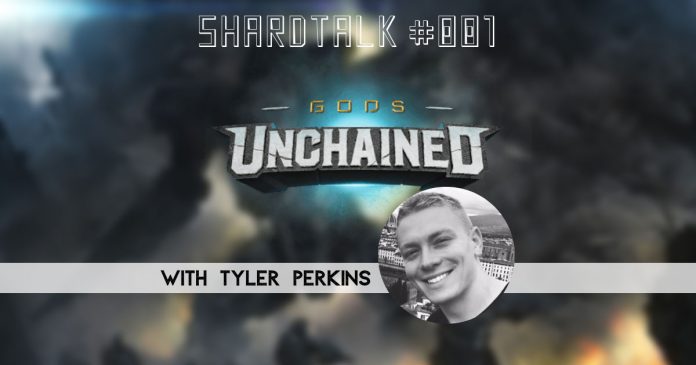 ShardTalk is the interview segment of Altcoinbuzz gaming which connects our readers to people who are shaping the Blockchain gaming space.

In the first piece of ShardTalk, we caught up with Tyler Perkins, VP Marketing at Fuel Games regarding the latest on GodsUnchained and its World Championship Tournament.

Quick Info: GodsUnchained is one of the most anticipated and hottest TCG on the Ethereum blockchain that uses NFT’s to bring ownership to in-game assets. There is over $400,000 in the world championship tournament prize pool so far and a $62000 purchase for a mythic card.

Q: How big is your team grown as of now?
Tyler: We’re nearing 50 full time employees.

Q: Will the game be available on consoles as well in the future?
Tyler: It’s something we’re looking into, but we will release to mobile and tablet first.

Q: Can f2p players make money from GodsUnchained? How?
Tyler: Yes! We will be announcing more on this soon. The game will be play-to-earn, where players will be rewarded through gameplay with valuable items they can resell if they desire.

Q: You had a 10ETH referral bonus given to the person who successfully referred someone to join the team. Did anyone walk away with a super juicy paycheck?
Tyler: Nobody yet!

Q: Do you think that there will ever be a need to nerf/buff mythic titans?
Tyler: No. Mythics create effectively a special “mini-game” mode when played, rather than simply being an overpowered card. They likely won’t be allowed in most tournament or competitive modes.

Q: Entry to the GodsUnchained tournament requires a championship ticket which has to be bought from other players. Do you think this will be a barrier to the number of entries in the tournament?
Tyler: Absolutely, space will be limited. There are only 20,000 tickets and the only way to get one now is to purchase it off another player.

Q: What is the expected date for World Championship and do you plan to hold it during the same season every year?
Tyler: We’ve been pretty quiet around the exact details of the tournament, but we will release more information on it soon.

Q: Will there be a minimum prize pool for World Championship each year and do you plan to keep it to 20k players?
Tyler: Although we’re not ready to make statements about future tournaments, the World Championship is a key component in developing Gods Unchained to become a world class competitive esport. As such, our ambition is to grow it in size and popularity year over year.

Q: Will team members to be able to participate in tournaments and World Championship too?
Tyler: We have a policy that members of the team are not allowed to trade cards.

Q: Will you all have community events where players get to challenge team members for rewards?
Tyler: This sounds like a great idea!

This concludes the first interview on ShardTalk and we thank Tyler for his time. Be sure to check out GodsUnchained to see how you can get in on the action! 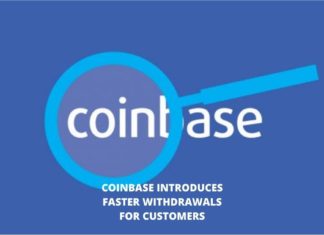 David Abel - October 6, 2020 0
A recent update from Coinbase shows that its customers now have a faster means to withdraw their currencies. This means Coinbase customers can now avoid...

Real Private Transactions on a Public Blockchain By TomoChain