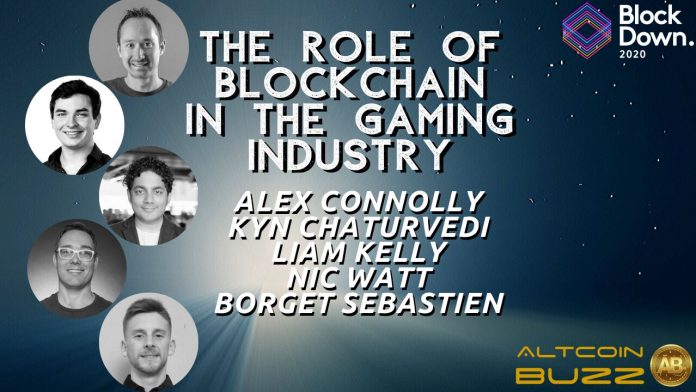 On the first day of the power-packed virtual conference, we saw a panel on ‘The role of Blockchain in the Gaming Industry’. Panelists included Alex Connolly (Immutable CTO), Kyn Chaturvedi (TomoChain CBDO), Nic Watt (Innovation and Disruption Expert Gods Unchained) and Borget Sebastien (COO & Co-Founder at Pixowl) on the main stage.  Liam Kelly (CryptoBriefing Writer) was the moderator for this panel.

Liam fired his first question to the panel about the greatest misconceptions people have of the blockchain gaming industry.

The panel: Some of the greatest misconceptions are that crypto-collectibles are still ruling this space. There are little game mechanics involved and most of the blockchain games are just mainly crypto collectibles. The industry is still focused on collectibles and tokens with little utility. Due to the fact of the scarcity of collectibles, people are still buying them.

Another misconception is that the blockchain gaming industry is often linked to gambling oriented games and scam projects.

The final misconception is that this industry is small and niche. People wonder if there is any real value in playing the games.

One simple solution that many blockchain games carry out at the moment is having presales. While many current blockchain games do presales to raise money, traditional game studios can look to do presales/sales as a form of monetization. The rarest items in a traditional game can have thousands or even millions of supply due to the large player base they have. By introducing NFTs, a rare item will have a limited supply. This makes the presale more attractive

Some strong points for the pitch will be the involvement of the community. There are many players who evangelize top games and go all out to support them. Blockchain adds an element of reward that can incentivize the community. If community members have more reason to support a game, it gives more value to a game as well.

However, the panel also feels that the technology isn’t quite there yet. There isn’t enough interesting use cases of blockchain to be used in a top-tier game yet. Currently, it is mainly NFTs and cosmetics that fill up the blockchain use case. It doesn’t give traditional game studios enough reason to adopt blockchain as of now.

Q: Does the future of blockchain gaming hinge of scalability?

The panel: The first step is to get more players into blockchain gaming. Afterwhich, game studios can worry about scalability issues. Game developers and studios need to take into consideration the genre, audience for their game and then scale accordingly.

User experience is key to this. How can one make it easy for 1 million players to jump into a game? Where does blockchain need to be implemented within a game?

Also, games need to overcome the friction their users have from obtaining crypto and using it within the game. Masking the blockchain experience and providing the same experience as regular games is important too. Additionally, gas fee is also seen as a problem for games. Developers need to also make enough money to cover this cost.

Overall, the panel feels that user onboarding is more important than scalability issues at the moment.

Q: How do we attract game developers to experiment in blockchain-based games?

The panel: 2020 will be a key defining year for this industry. There are many solid games out there like GodsUnchained, The Sandbox, Axie Infinity and more that have shown what blockchain can achieve. These games will help give bigger game studios a gauge on where this industry is heading towards.

However, there is still a lot of technological challenges, UX challenges and proof of concept that needs to be solved. Once more of these issues are resolved, it will give more game developers the confidence to use blockchain in their games. The ultimate key is to make blockchain easy to weigh in and make sense to use in games. Until then, there will still be hesitation from game developers.

We are still quite far away from mainstream adoption. However, the progress that has been seen over the years are commendable and respectable. Many are reluctant to even dip their toes into crypto. If we reach the stage where players use blockchain without realizing it, that is where we know we are ready. 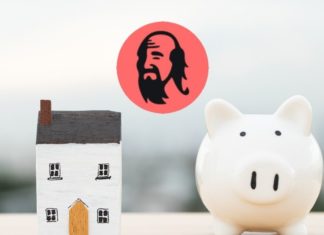 How to Use QiDao, a Zero-Interest Crypto Lending Platform

Camille Lemmens - February 28, 2022 0
QiDao Protocol is making DeFi accessible for all. We have heard it before, however, QiDao adds a new twist. They add zero-interest crypto lending....

Huobi Burns 14 million Huobi Tokens Due to Increase in Revenue