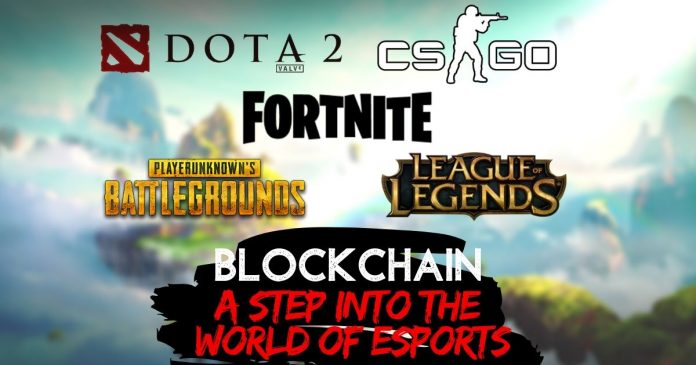 ESports have become one of the fastest-growing industries in the world in the last decade with millions of dollars on the line for players to compete over. The eSports industry has generated over $1billion yearly in revenue in the past couple of years and has provided many players with a stable income.

Being a gamer or streamer is more viable as a career option now with ever-increasing viewership and tournament prize pools each year. However, selections can be tough and not everyone can make the cut.

Blockchain can provide increased transparency into gaming as well as more ways in which platforms can monetize activities. On top of that, blockchain also reduces the barriers of entry into the gaming industry and provides regular gamers a stepping stone onto what could provide them a stable income.

Here are some ways in which blockchain and cryptocurrencies have been used in gaming so far!

The gambling industry is a lucrative business and eSports has provided people with new options to throw their money on. Unikrn is a sports and eSports betting platform that also provides up-to-date news about eSports. They offer all the top popular games such as Dota 2, LOL, CS:GO and many others. They have 2 gaming currencies UKG(Unikoin Gold) and Unikoin silver which you can use for betting or even entering jackpots. Users will not be required to make an initial deposit or purchase and Unikoin Silver is given free to all users who signed up.

Unikrn also has the function to allow users to connect their Unikrn account to steam and convert selected skins for UKG. Skins from popular games such as Dota 2 and CS:GO will be available for conversion. This provides players with an additional way to earn money as money earned by selling on platforms such as Steam can’t be withdrawn. UKG is being sold on some exchanges and can even be used to buy games, gift cards and keys from Gamivo.

Wagering is a good way for players to use their gaming skills to earn money or items for themselves. Arena Match, an eSports gaming app, has the perfect platform for players to pit their skills against one another or push themselves to the limits.

Currently, they have only PUBG unlocked for skill challenges but will have many other top games such as CS:GO, Fortnite and Apex Legends available in the future. To give you an idea on how wagering works in PUBG on Arena Match here is an illustration. Players have to pay an entry fee in credits and enter into a solo match in PUBG. Depending on your performance in the game, a multiplier will be applied to your wager amount if you hit a certain requirement. For example, having 5 kills in a single game could earn you a 3x multiplier and a 10kill game could earn you an 8x multiplier and the payout will be in terms of real cash.

Arena Match has also adopted the Enjin Blockchain SDK and even has Enjin backed perks for players to use in-game to reduce the difficulty of challenges.

Streaming can be considered bread and butter for many gamers and is a huge part of the entertainment industry as well. Some common ways of income for streamers are donations and partnership with the streaming platform.

Refereum has just announced a partnership with PUBG and is rewarding players for streaming. Due to their blockchain technology, players will also be able to receive rewards for streaming on some of their partnered platforms such as Twitch and Mixer.

Sliver.tv who has partnered with Theta is another streaming platform which allows streamers and watchers ways to earn by participating in activities on their platform. Users will be able to earn TFUEL(the operation token on the Theta protocol) by watching streams, winning giveaways and also donate to streamers. TFUEL can also be used to purchase items such as a Nintendo switch or a Playstation 4 in the Sliver shop.

Refereum is also offering rewards for completing in-game achievements during their PUBG campaign.

Unikrn is giving players ways to earn UKG by linking their game account to the Unikrn platform and completing certain achievements. Games such as CS:GO, Dota 2, Fornite and many more are available in their list of premium games in their play to earn system.

Plairlife, a decentralized gaming ecosystem, has successfully hosted a Dota 2 tournament on their platform. Plair hosted a series of 1v1 and 5v5 Dota 2 matches for their Alpha testers to enjoy and also established a partnership with Team Eazy(HongKong Dota 2 team).

They will be looking to host CS:GO tournaments next and is actively looking for cyber café partners to integrate Plair into their physical locations.

DreamTeam is a platform for players to find teammates, use of AI to improve their gaming skills and to manage teams. As many people most commonly game at home, getting scouted by a pro team can be indeed near to impossible. DreamTeam connects and allows regular gamers to go professional with amateur or semi-professional eSports teams with over a 60% rate of success.

DreamTeam platform also allows salaries, prize money and other deals to be settled on their platform. Due to the nature of blockchain, players can be sure to receive their payments as not getting paid is a real and not so uncommon thing in the pro scene of eSports.

Blockchain has shown its capability and also enhances the quality of gaming as well. It also shows it can solve many real and burning issues in the eSports world and provide gamers with more ways to be able to earn money. This also shows how blockchain and the eSports industry can work and grow together. Blockchain is constantly evolving and eSports is not showing signs of slowing down either. This space will be super exciting to watch and I am thrilled onto what developments blockchain can bring. 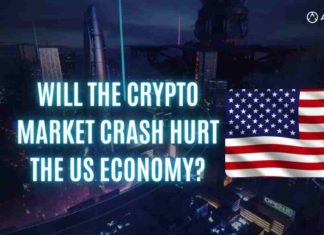 Lawrence Mike Woriji - August 10, 2022 0
The crypto market crash is a hot topic and trending all over the web. Since the market crash of April, lots of users have...

How Do You Avoid ICO Scams?