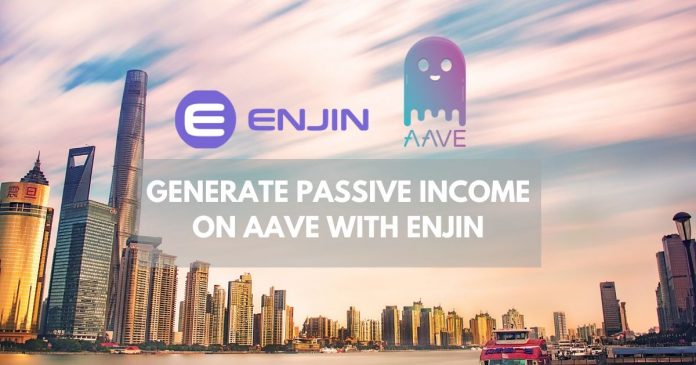 Enjin and Aave have joined hands to bring decentralised finance into the $100billion gaming market. Aave Protocol has recently touched a $250 million marketcap and has added Enjin Coin (ENJ) to their DeFi Protocol.

Enjin has an extensive range of blockchain games and products in their ecosystem with top names utilising their technology. Microsoft has launched a rewards system called Azure Heroes while Binance uses NFTs to reward their community.

The Enjin Marketplace boasts of over $6million ENJ in trading volume and is the go-to place to convert in-game items into Enjin Coins. Gamers can easily cash in on their findings from games by listing them on the Enjin Marketplace. With Enjin Coin available on Aave Protocol, gamers now have an additional way of generating revenue.

Gamers can access the Enjin Wallet Dapp Browser to lend ENJ to other gamers and developers through the Aave Money Market. This enables gamers to generate passive income and maximise their earnings in the Enjin ecosystem.

Similarly, gamers who suffer a lack of funds can use Aave to borrow ENJ in order to purchase the gaming items they need. With their newfound strength, gamers can return back to the games to earn more items. It is common gaming logic that the stronger you are, the easier and faster you earn items in-game. Players can use this mechanic and Aave’s service to gauge for themselves how profitable it can be.

With Enjin’s community and the huge demand for Enjin backed items, selling items to repay the loan isn’t hard. This will generate more interest in the gaming community and attract ‘grinders’ to the ball game too.

As Enjin’s community continues to grow and more gamers arise, the demand for game items increases. This, in turn, gives game items an increased value and makes it even more lucrative for gamers to enter into the ecosystem.

Enjin Coin is used to mint blockchain assets and also give them a base value. There have been 1billion asset minted to date with the largest transaction on the Enjin Marketplace at 50k ENJ (about $10k USD). Many of these assets are already usable in games and other apps which you can easily try out.

Moreover, with ENJ now on Aave, developers have more access to Enjin to use in their games and apps. It will be fun to see how developers and gamers utilise Aave to their advantage. 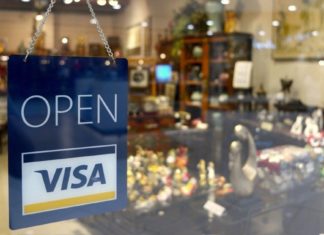 David Abel - December 7, 2020 0
Visa recently announced new features to its fintech Fast Track Program. The new features from Visa include its Partner Toolkit and the introduction of a...