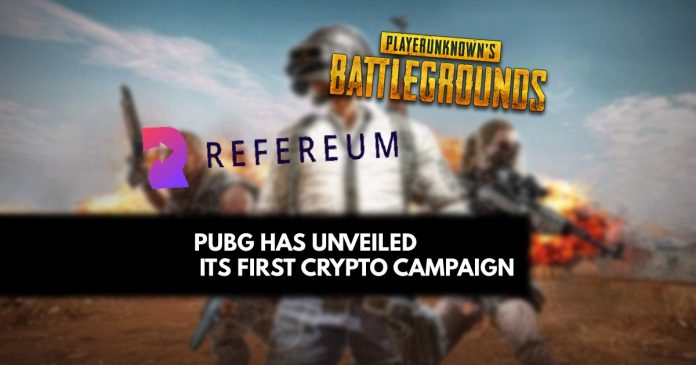 Refereum has partnered with PlayerUnknown’s Battlegrounds (PUBG), one of the most popular “battle royale” games, to bring $5,000 worth of rewards for streaming the game at Refereum.com.

“We’ve partnered with none other than @PUBG! For the first time, you can earn REAL rewards for your in-game achievements!“

Refereum, launched in 2018, is a blockchain platform that allows gamers to receive rewards for certain achievements, and for streaming on their partnered platforms which include Twitch and Mixer.

“We’ve got the usual awesome rewards for the players most dedicated to streaming and watching PUBG, but what’s really special about this partnership is that, for the first time, we’re also rewarding players for the things that they do in-game.”

What rewards is Refereum offering?

Refereum is rewarding gamers with Refereum tokens that can be held in any Ethereum wallet.

PUBG has a player base of around 30 Million. I would expect to see more influencers coming on Refereum in order to test the platform pretty soon.

Refereum is currently offering hubs for around 24 popular games. Gamers may want to give it a shot even if they are not streamers; crypto rewards for playing is always a plus (you are playing anyway).