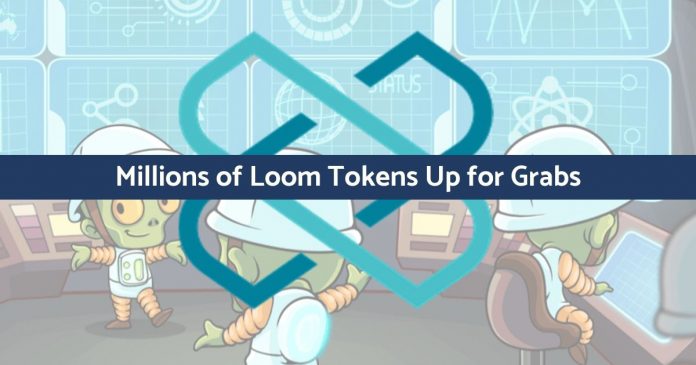 Loom Network is running a promotion for six months that aims to grow its ecosystem as well as adoption. The company will give out millions of Loom tokens (LOOM) for tasks like content creation, Dapps development and many more.

Loom Network has the largest lead in blockchain scalability and a perfectly stable and running network.  They are stepping out of their comfort zone and shifting into high gear with eyes locked on increasing this lead.

There are numerous ways in which you can get your hands on some LOOM and the nomination is as such.

Dapp developers are getting the largest piece of the pie in terms of tokens allocated for developer’s tasks. By launching a functional block explorer, developers can win a whopping 2 million LOOM. Deploying a Dapp to Basechain with 20+ DAU (weekly average) bags them 500k Loom.

Additionally, a special bounty will be available in October for developers only. 500K LOOM will be awarded to the first 10 new Dapps deployed to Loom Basechain and listed on DappRadar. The clock is ticking so be sure to seize this opportunity if you are a Dapp developer.

For anyone who knows about the wonders of Loom Network, it is your time to shine. Help the community to grow and understand more about Loom by creating a video or writing an article. There are many tasks involved in content creation and here is the breakdown of it.

In November, users will be able to submit and vote for the best content on Loom Network. A portion of the token allocated to the voting pool will be shared by the voters. Furthermore, validators will also get rewards based on the percentage of their stakers that voted each month.

On top of this, Loom Network will issue monthly validator bonuses to incentivize them to grow the community further. An extra 2million LOOM will also be specifically issued each month to validators who performed the best on monthly bounties.

The Loom Network team has prepared a simple FAQ to curb the worries from participants and investors.

Q: Where do the tokens come from?

The tokens all come from the Loom Network’s token supply, mostly from the unused token rewards.

Q: Will these tokens be locked? For how long?

Yes, for 3 months on bounties and 6 months on validators incentives.

Q: When is the deadline for participation?

We are running this promotion for the next 6 months, ending on March 31, 2020. All rewards will be awarded on a first-come, first-served basis.

Only high-quality submissions will be eligible for bounties and rewards. We will look at the quality, originality, creativity, and social engagement received.

Q: Can any of the content cover market prices, trading, or investing?

No. Content may only be about Loom Network products and tech.

Conclusion
LOOM will manually process Bonuses, starting in October while voting. In November, incentives will appear on the chain. This is an amazing initiative by Loom Network and it will be exciting to see what kind of Dapps and content emerge from this. 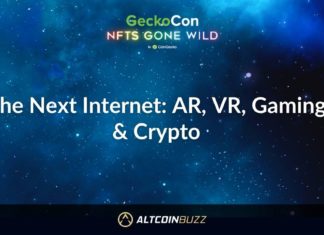 The Next Internet: VR & AR, Gaming, Crypto from GeckoCon