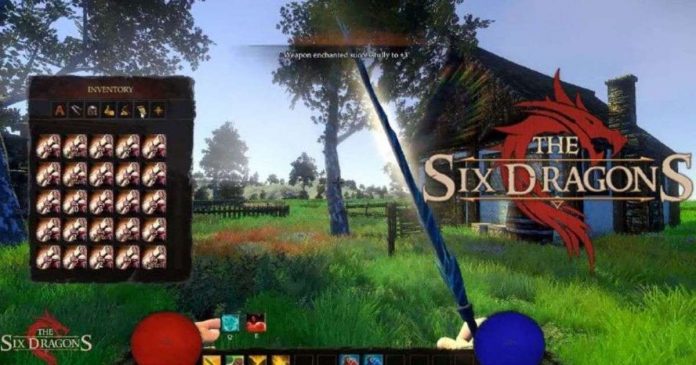 Skyrim is one of the top contenders of being the best RPG ever made. It has over 10million players and sold over a 22million copies of the game to date. With 37.2km² of open-world land, it takes approximately 400-500 hours of gameplay in order to finish Skyrim.

The Six Dragons (TSD) has come in to offer the “Skyrim experience” powered by blockchain. Having a 64km² of open-world space with one billion dungeons, I’m sure this will set many adventurous spirits tingling already.

TSD is developed on the Enjin Platform and will feature up to 600 blockchain game assets. They had their presale in May this year and raised over $90,000USD in under 24 hours. A total of 150,000 Enj was used to back presales items which included a variety of weapons armours and many other amazing items. The presale sold out within two weeks with an official total of $175,000USD raised.

A Dragon’s sword backed by 10,000 Enj was one of the items in the presale chest. The contributor who scooped up this amazing sword had to spend over $25k USD to acquire it! 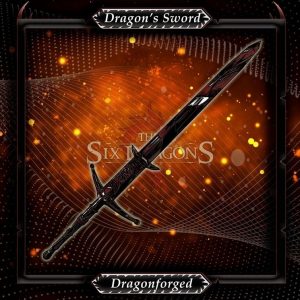 The Six Dragons is one of the most anticipated blockchain games and showcases lots of amazing features. There will be tons of blockchain assets to be looted in-game. The game has a unique and updated crafting and enchanting system that players will definitely have fun trying out.

Enchanting scrolls are also split according to weapon and armour as well. However, for both crafting and enchanting, players will be able to carry out those actions even for items that are higher level than their character.

Another plus side of these features is that recipes, materials and scrolls are all blockchain assets which can be stored in your Enjin wallet. This gives players more versatility onto what kind of role they want to play in-game.

Players who don’t like grinding levels can opt to be a crafter or merchant as materials can be easily purchased on marketplaces. Moreover, recipes will be reusable so players will be able to craft unlimited times if they have the necessary materials. If they want to value add to their service, they can also use some enchanting scrolls on their crafted items to sell them for higher prices.

Some players prefer to roam the lands solo and not to interact with other players. This can put them at a disadvantage in some games where a party is required to enter a certain dungeon or complete a mission. However, in The Six Dragons, they have provided an AI companion feature to aid players in filling a party.

So no matter if you are going solo or have friends along with you, you can be sure your adventure doesn’t stop!

People might be wondering about the supply for items since most of it will be blockchain assets. In order to combat this, items will be melted or minted regularly according to the current player base. This will allow the rarity of items to withhold their value and also allow for balances within the game.

There are some items such as recipes which has limits on the total supply. This will give them an increased value as the player base grows.

Enough of the details for now, take a look are some of the gameplay The Six Dragon has to offer!

Excited yet? Read on to find out how you can have early access!

The question now is will you be able to play the game soon? The answer is yes! Information for Alpha has been released but will only be available in 5 waves. It will be opened mainly to presale contributors, media partners and community members.

Early access players will be able to link their Enjin wallet in-game and use their blockchain asset in their wallets too. This means early adopters will be the first to try their hands on crafting to create their very own Early Adopter items.

The Six Dragons has huge potential to become a top RPG and also lead the charge for blockchain gaming. Its presale has already said a lot on the confidence its supporters have for the game. There is a lot to expect and lots of adventure awaiting players. The crafting system is a definite eye-opener and an awesome way for players to earn money.

TSD has also had an XBOX release contract before they decided to integrate Enjin. This is something rare in the blockchain gaming space but helps greatly in expanding player reach. With the great updates and progress shown so far, this game should definitely be on anyone’s blockchain gaming list!