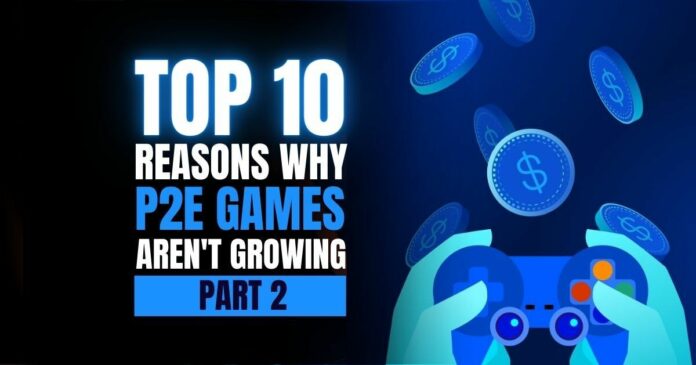 We recently published an article on why P2E games aren’t growing, games that our community seemed heavily interested in. So, here’s the second part of the series. The blockchain gaming sector was one of the areas that hit the limelight during the 2020-2021 bull run.

Play-to-earn (P2E) games gained huge popularity during that period, especially for their capacity to allow players to earn while having fun. For the first time, gamers could receive crypto rewards which they could spend on real-world items.

Several games have emerged since then, leveraging the P2E gaming model. But that era seem to be slowly fading away. In our earlier article, we outlined five possible reasons for the diminishing popularity of P2E games. Now, we are going to explore five other possible reasons.

The most problem with P2E games is that it has lots of barriers for earning,especially the fees,minimum withdrawal amount,and even slow progress of earnings for small players. So how does earning works in FpxToken?Can small players still generate profit or only pro player?

A new report by Blockchain Game Alliance (BGA) showed that P2E games are dropping in popularity due to increased demands for better gameplay. Most blockchain games simply focus on the earning component of the game and pay little attention to the gameplay. For example, traditional games, such as Mortal Kombat and Call of Duty, have an intriguing plot, graphics, and gameplay. This keeps gamers fascinated.

However, blockchain games are the exact opposite. They have little excitement, partly due to inexperience on the part of developers. According to the BGA report, 67.9% of respondents thought P2Es would be the main growth engine for blockchain gaming in 2021. The new survey showed that this percentage is now only 22.5%.

About 35.7% of respondents believe that gameplay enhancements will be the industry’s top goal. Gamers see gameplay advancements as the greatest motivator for adoption in 2023. As of now, blockchain games lack what it takes to compete with traditional games in terms of content and gameplay options. However, the industry is still in its budding stage. So, there could be positive improvements.

User experience directly affects gaming quality. By user experience, we mean the ease of use by a player/user interacting with the technology. We can use various heuristics to evaluate usability of a game. Memorability is one of such measures. This is measured by how easy it is for the player to regain competency over time.

Additionally, it takes into account error rate, which is defined by how many mistakes a player makes and how quickly they recover from them, and learnability, which is determined by how simple it is for a player to navigate on the first interaction.

The issues mentioned above explain why, despite its potential, blockchain gaming is still pushing the wheel and not being generally adopted. In some cases, registering for an account and learning how to use the application might be difficult, puzzling, and entail numerous stages and intricate processes. Redeeming profits, connecting to user wallets, recognizing deposit and withdrawal wallets, and other tasks might also be challenging.

Web3 gaming is still in its infancy. In fact, most crypto games are still in the early stages of development. This explains, in part, why there is so little plot or content available about the sector. But one of the main causes is that most content producers are still creating content for Web2 games and are yet to move to Web3. This might simply be a result of Web3 gaming not being as prominent as its older friend (Web2).

This lack of content also leaves a huge opportunity in the market, and games like Apeiron and Citizen Conflict are rolling out cool storylines and building a vibrant community.

P2E games generally experience a variety of problems together. They have unworkable in-game economies driven by the same player base as every other P2E game. Most P2E players harbor unreasonable expectations of profit, and these games have poor reward systems which does not encourage participation.

There is no problem in awarding players for their progression in the game.
It becomes a problem when those micro awards only have monetery value.
The problem is with #P2E . Games should move toward #PlayAndOwn
Don't you agree?#Web3Gaming https://t.co/yXZbuenQKL

Some P2E games put themselves in a bad situation by having high financial requirements, which serves as an entrance barrier for new players. Additionally, in-game items frequently follow macro cryptocurrency market moves, severely punishing latecomers who join the game only to see the value of their in-game assets plummet in a single day. This only reduces the popularity of P2E games.

Games that emit tokens for simply playing the game are entirely unsustainable and a microeconomic nightmare. pic.twitter.com/RQ4M9rme1d

In some P2E games, players only make money when other players lose money. There’s no room for everyone to make money without the system imploding or something going wrong.

Security is another huge concerns of P2E games. For example, Axie Infinity’s Ronin blockchain suffered a heavy hack that drained over $600 million of player’s funds. Most P2E games use the same model as Axie. This means they are also prone to a hack.

Even though blockchain promises more security, no technology is completely impenetrable. Therefore, it is important for blockchain game developers to design an environment that is genuinely resistant to hacking. They should assess and entirely eliminate risks associated with potential threats, including the loss of private keys, code attack, and unauthorized changes to blocks.

Developers must also consider the security of transaction endpoints like wallets and payment systems. A blockchain might be entirely safe, but a weak wallet might cause serious issues for both game developers and gamers.

Do you agree with our reasons on why P2E games are not growing? 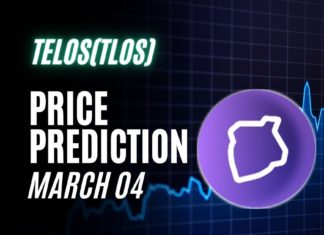 Anurag - March 5, 2022 0
Telos is a networked ecosystem that is powering the future economy. It has been the second most used network by transaction volume for over...

Can Fintech Regulations Be Positive?