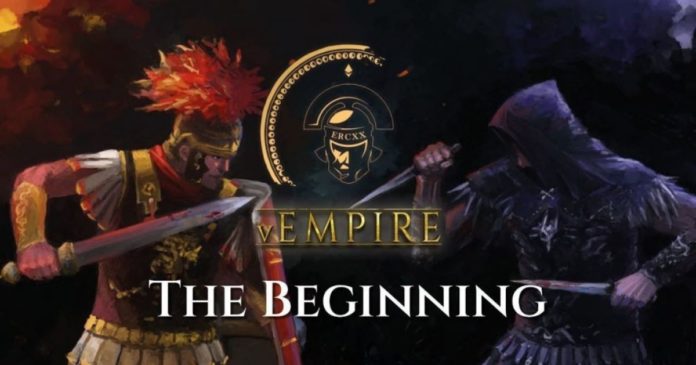 vEmpire DDAO has already been active in the metaverse since the early days. Being a first mover, they invested in digital land when it was still affordable. As a result, they are among the first decentralized investors in the metaverse. However, they offer more besides investing. Here is all you need to know about their first play-2-earn game.

vEmpire: The Beginning is an online trading card game. It comes with various tuition tools and is easy to set up. Two players battle each other in a Roman warfare setting.

The moment you've all been waiting for… 🤩

The #P2E version of "vEmpire: The Beginning" has finally shipped! 🥳

What Is vEmpire: The Beginning?

The game takes you back in time to Roman mythology. Remus and Romulus, legendary twin brothers, are the main focus. However, here is where the game takes a new direction. Their Empire is now aiming for the metaverse. (We already wrote an article about vEmpire.)

The Empire is about to conquer and absorb everything in its way. But, both brothers want to rule the metaverse. As a result, epic battles lay ahead.

Romulus shows his strength and leads his men. He is the responsible one and wins the hearts of his people. On the other hand, Remus is the devious one. Anything goes in his battle plans. He may lack Romulus’ popularity, but he is in it for the long run. Nonetheless, both command a strong army.

How to Play vEmpire: The Beginning

Before you start, you will need your MetaMask wallet, some VEMP, and either BNB or ETH. The latter depends on which network you choose for playing the game.

Once you join vEmpire: The Beginning, straight away you need to decide. Which of the two brothers’ armies are you going to join? Once you make a decision of which faction you join, the next decision is there. You can join the game here.

You have to decide how much VEMP you are going to spend on the battle. What is your risk factor going to be? Options in the game are 10%, 25%, and 50%. You need to agree with your opponent on the same risk factor for both players.

Your goal is to beat your opponent in a best of three rounds set up. At the start of the game, each faction has a deck of 41 faction-specific cards. Furthermore, there are 10 universal cards. Both factions can use and own these cards. 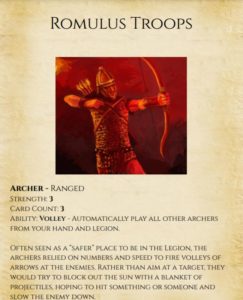 Each game consists of three rounds, and you need to win two rounds. You play each new round with cards that you haven’t used yet. Therefore, plan a strategy and choose your cards wisely. Don’t use all your best cards in the first round. So, are you going in with brute force? Or are you the cunning master who removes your opponent’s key players one by one?

The flipping of a virtual coin decides which player can start the game. The winner plays the first card and the game starts. Thereafter, players play their cards until they both decide to end a round or run out of cards.

Remember that used cards are out of the game. You need to complete three rounds with the 25 cards in your deck. On the other hand, there are cards that prevent cards from going out of play! Check out the video below, featuring a description of the game by vEmpire’s COO.

Whoever wins two games out of three is the overall winner. The winner of a round is the player with a higher overall strength at the end of each round. However, although you may choose to end a round, your opponent can keep playing cards. A tactical tip is to not get tempted to keep playing all your cards in the first round. However, by doing so, you may be wasting useful cards. They can be of importance in the next round.

The winner gets 90% of the total VEMP in the game. The remaining 10% goes to the DDAO. You can trade VEMP tokens at Gate.io, MEXC, or Bittrex. Also, the Uniswap and PancakeSwap DEXs trade in VEMP.

Boost Your Cards With NFTs

To summarize, you can also boost your cards with the Founding Soldiers NFTs.

For more information about the game, you can visit the handbook. It shows and explains all 41 cards for each army. Furthermore, it also explains the Universal cards. 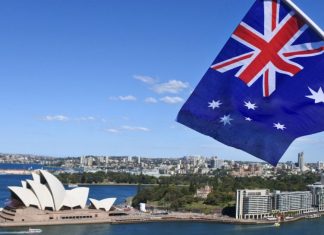 Ifeanyi - July 6, 2019 0
The banks have formed a partnership with IBM and Scentre Group to begin trying out the new technology to digitize bank guarantees. The banks involved...