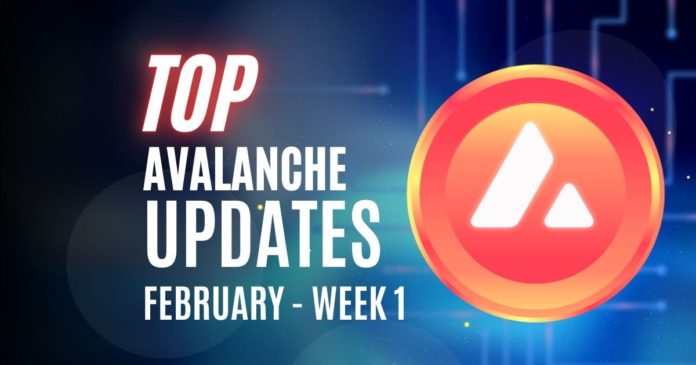 Avalanche has various activities and updates in its community week in and week out. Altcoin Buzz captures key trends from Avalanche’s week. Here are some recent activities on Avalanche’s community during the first week of the month.

Last month was a busy but successful month for Avalanche’s community. Apart from the general coldness of the market, Avalanche remained a booming platform. Furthermore, its daily active users surged in January, alongside other key launches. However, since the new month began, the network has continued its growth trend.

A recent update from the Crypto Carbon Ratings Institute showed how eco-friendly AValanche is. CCRI is a firm invested in analyzing the crypto impact on the climate. Furthermore, it showed that the Avalanche public blockchain uses about 0.0005% of the amount of energy used by the Bitcoin blockchain. In addition, CCRI revealed that Avalanche consumed only 0.0028% of the Ethereum network’s energy.

CCRI recently carried out a study on the carbon efficiency of the top proof-of-stake networks and their proof-of-work opponents. Also, the study analyzed POS networks like Polkadot, Avalanche, Cardano, Algorand, Solana, and Tezos. Bitcoin and Ethereum were two proof-of-work networks studied.

New research by the Crypto Carbon Ratings Institute (CCRI) found that #Avalanche consumes the same amount of energy as only 46 US households per year.

Here’s a thread on the key findings from the report about the energy efficiency of Avalanche / 🧵 https://t.co/DiNcUw9pct

DeFi enthusiasts seek greener pastures from the high fees attached to Ethereum’s network. As a result, Avalanche is the likely destination for projects searching for cheaper fees and faster transaction rates. Furthermore, Vesper Finance, a DeFi-based platform that simplifies the growth of digital assets, is part of Avalanche. The platform announced the launch of its “Vesper Grow” on Avalanche.

👀🚀🔺 — Make your crypto work harder for you, without the high fees!

Furthermore, Vesper Grow allows users to boost their digital asset portfolios passively. It substantially simplifies what could be a time-consuming procedure. Furthermore, depositors’ holdings are used for several activities behind the scenes. Holdings can be used to borrow, lend, and farm yield across numerous DeFi enterprises. Vesper automatically compounds yield and optimizes yield techniques. This allows users to earn interest without working.

CoinZoom, a U.S. cryptocurrency exchange, recently announced the launch of AVAX on its platform. As a result, CoinZoom users can buy, sell, trade, and spend AVAX with their CoinZoom Visa card. Furthermore, users can earn 6% APY on their AVAX holdings.

CoinZoom is a unique cryptocurrency exchange making waves in the market. It supports over 40 cryptocurrencies and has a simplified crypto payment method with its cards. Over 53 million merchants worldwide accept CoinZoom’s services. In addition, users receive discounts on higher card spending limits, cashback, trading, and other rewards.

Avalanche and Dorahacks launched the Avalanche Asia Hackathon on Avalanche on February 1, 2022. The contest is for developers and early-stage startups to build and scale innovative solutions and dApps. These creations would span Web3, DeFi, NFT, and other areas. Furthermore, successful applications will receive a portion of the prize pool. The prize pool consists of investments from a number of well-known venture capital firms and industry leaders.

The Avalanche Asia Hackathon is currently open for registration. With almost $5 million in prizes, AVATAR, Blizzard Fund, and other important venture capital firms sponsor this hackathon. The hackathon is open to all types of dApps and projects. There are no regional restrictions on who can join the contest.

🔺#Avalanche #Avatar
🔺#AvalancheAsiaHackathon has officially opened!
Creativity no limits, with @avalancheavax to launch the future！
🌐No regional restrictions!
🌟Register to win over $5 million https://t.co/0TYjv1OUvdhttps://t.co/K8hJTVGwXS

Sigmadex to Launch on Avalanche

Sigmadex is a decentralized, cross-chain, and multi-asset marketplace. It recently announced its plans to deploy on Avalanche. According to the platform, Avalanche’s track record inspired its decision to launch on the network. Sigmadex aspires to be a cross-chain DeFi liquidity protocol that utilizes Avalanche’s subnets to connect to other blockchains. These include Ethereum and Binance Smart Chain.

We are proud to share that we will be collaborating with @AvaLabsOfficial. Additionally, we will be utilizing the @AvalancheAVAX chain to build out the $SDEX infrastructure, create sustainable growth and improve our economic efficiencies with $AVAX 🔺https://t.co/fOw4TfNuwK

Avalanche’s scalability and cost often attract new projects. Sigmadex plans to reward AVAX holders in the coming weeks as part of its launch on the platform. Check out the Sigmadex website for more info on the launch.

There are other trending news in the Avalanche community. These updates show the serious consideration and awareness Avalanche enjoys in the crypto community. 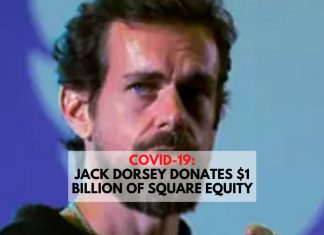 Dorsey Donates $1b of Square Equity

Daniel Abel - April 10, 2020 0
Jack Dorsey, CEO and founder of Twitter and Square, has donated $1 billion to help fund relief efforts in the wake of the Coronavirus...