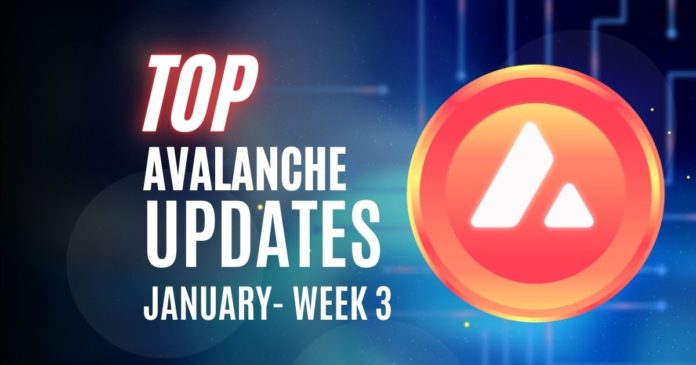 Avalanche network has been thriving since early 2020. Every week, there are new updates on the Avalanche community. Altcoin Buzz covers some of the updates from the third week of January 2022. Here’s what Avalanche is up to.

Avalanche is currently the busiest crypto ecosystem and has trended all week long. One of the key events at the beginning of the week was the launch of YOLOV2 on Avalanche. Take a look at other events in Avalanche’s community.

Months after Symphony Finance announced the launch of its YOLO V1, the platform revealed that its YOLO V2 is live on Avalanche. However, this launch makes Symphony Finance a multichain platform. In a blog post they shared, the DeFi platform said it had taken stock of its users’ complaints and upgraded its offerings to suit public demand.

YOLO V2 is live on @avalancheavax 🥳

Symphony Finance is developing decentralized financial products. In addition, these services will shake up the financial services market. Furthermore, the Yield Optimized Limit Order (YOLO) protocol from Symphony is a yield-generating limit order system. When compared to traditional limit orders, YOLO allows consumers to optimize profits and yield. This enhances capital efficiency. By integrating with protocols such as Aave, Compound, Yearn, and others, YOLO improves the yield on limit orders.

Crypto wallet platform Edge announced support for Avalanche in its newest upgrade. This would come as great news for Edgers. According to the platform, the integration with Avalanche signifies its ambition in the DeFi space. Following this integration, Edge users can now create their AVAX wallets without any hassles. Check out Edge’s official page to learn how to create an AVAX wallet.

🔺 @avalancheavax is now available in Edge

🚀 With #Avalanche, Edge users can now buy, sell and trade $AVAX, with fast transaction finality and low costs being cornerstones of this growing network

One of the biggest pieces of news in Avalanche’s community is the recording-breaking addition of daily active users. Avalanche now sees all-time highs in user activity. Also, there is a surge in transaction volume and unique addresses. Days ago, Jay Kurahashi-Sofue, VP of Marketing at AvaLabs, shared a tweet noting the platform’s new feat. According to Jay, Avalanche hit a record-breaking 1M active daily users. Furthermore, the platform achieved this while keeping gas fees low and finalizing transactions nearly instantly.  However, those figures have far eclipsed 1 million and are now towering towards 1.5 million. This shows the surge and attention on Avalanche’s system.

This is 84.3% of the daily transactions that Ethereum is processing. pic.twitter.com/5XD1Zs2zkh

Avalanche’s inclusion in Chainstack is big progress for the platform. Also, this partnership brings together two teams dedicated to bringing new community services. Furthermore, both platforms aim to enhance scalability. Chainstack is a place to manage activities on many blockchains in one place.

Gaming platform ChainGuardians is now on Avalanche’s platform. This partnership would see ChainGuardians enjoy several benefits. These include low fees and quick purchases of in-game assets. in addition, ChainGuardians will partner with Avalanche to build new DeFi and blockchain gaming opportunities for the community.

Furthermore, there are plans to include unique features from Avalanche’s network. These include features such as its contract chain (C-chain) and verified random function (VRF).

ChainGuardians are ecstatic to announce a strategic expansion to the @avalancheavax chain!

ChainGuardians is a game that merges blockchain with superhero storylines. As a result, the platform combines breathtaking graphics with inventive stories.

Several projects are launching on Avalanche’s network to capitalize on its unique features. Also, the layer-one blockchain has the fastest smart contracts in the industry. In addition, Crabada has continued to wow the gaming community. The game is set in an underwater environment populated by Crabada, strongly battling Hermit-Crabs. Players can make real money by breeding, lending, renting, and fighting crabs that are represented by on-chain NFTs.

Finally, Crabada has jumped into the top 50 game dapps, with a growth of more than 80% in wallets connecting within the last 30 days. However, when comparing Crabada to other Avalanche games, it’s clear that, despite its infancy, it has quickly established itself. 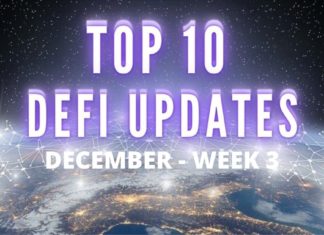