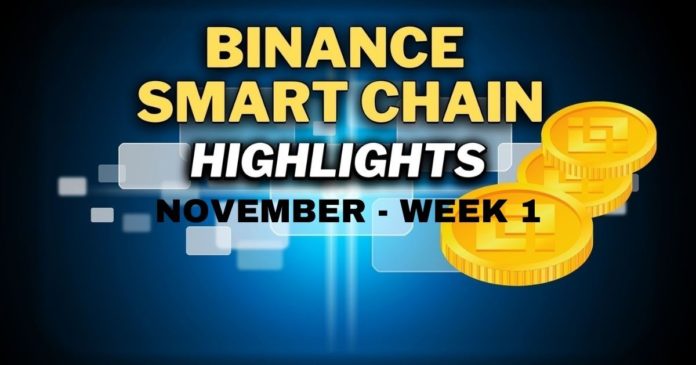 There have been some exciting developments in the Binance Smart Chain ecosystem lately. To keep followers informed, Altcoin Buzz looks back at the most critical BSC updates from last week.

During the first week of November, the Binance Smart Chain (BSC) ecosystem reached an unprecedented number of completed transactions since inception. Also, the top decentralized applications on BSC were revealed. Let’s take a look at these BSC updates in detail.

During the week, the BSC ecosystem announced that the total completed transaction on their blockchain had gone beyond 1.5 Billion. This astonishing achievement comes with the ecosystem being just over a year in existence.

The number of total transactions on #BinanceSmartChain crossed 1,500,000,000 just a few hours ago. #BSC community is unstoppable 🚀 pic.twitter.com/nSoO6sfj0s

Adding to this report and showing signs of an upward trend, recent reports also revealed that the BSC platform completed a daily average of 8.64 million transactions over the past week.

On average, #BinanceSmartChain processed 8,64m transactions every day for the past 7 days. #BSCtoMars 🚀

The top-rated decentralized applications (dApps) on the Binance Smart Chain (BSC) were based on the volume of the dApps in the ecosystem within the space of one week.

During the week, Alien World, a GameFi project, was announced the release of a new NFT game on the Binance Smart Chain (BSC) platform. The new Alien World Missions game also has these features:

😍 We are so stoked for these new Alien Worlds Missions #NFTs on the #BSC #blockchain!

👀 Read all about these unique game cards and more in our latest article!

“The launch of the Missions game on the Binance Smart Chain (BSC) blockchain marks a historic time for the Alien Worlds Metaverse, which has seen more than 3.6 million players generating more than 11 million daily plays in Alien Worlds so far.” reports stated.

In the crypto space, Total value locked (TVL) is the total amount of digital assets held in DeFi protocols, giving interests and other rewards.

During the week, reports revealed the highest gaining projects on the BSC ecosystem. The report also focused on a seven-day scope within the week. Topping the list was Cross Pool, with a USD 29.44 million TVI and 165.38% TVL increase. Also, other notable projects were: 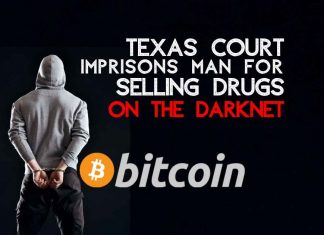 Racheal - October 5, 2019 0
A Texas court has recently sentenced an Iraqi immigrant to 30 years in prison for using bitcoin and the darkweb for drug selling. No more...