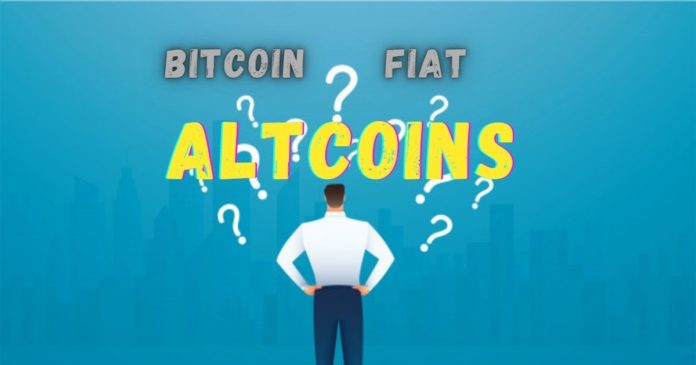 That there are hundreds of relevant cryptocurrencies and thousands in circulation seems daunting and confusing from the outside. What’s the point of having so many? Why do people think their currency will be the one that’s adopted?

Answering these common misconceptions leads us into the fascinating world of altcoins or any coin that isn’t bitcoin. The purpose of altcoins isn’t to compete to be the best alternative currency system. Altcoins have functions beyond exchanging goods and storing value. And the extra utilities granted by the coin happen to be decided by the company that created it.

Essentially, a coin is your method of interaction with a company, or a dapp (decentralized application). The coin, also called a token, is stored in your wallet as a number value. Imagine going into an arcade and buying tokens, which can find their use to access the games. It’s really that simple.

Buying a token or altcoins from a dapp you love can allow you to help them raise funds, claim rewards for storing (staking) your token in their system, access their platform’s mechanisms, and vote on how the dapp should operate. With your token, you are intimately connected to the dapp of your choice. It’s not about which cryptocurrency is best. It’s about the platforms that are connected to these currencies.

It cannot be stressed enough how convenient and efficient this is. These are the tools of a decentralized society. Fundraising, interaction, and governance all-in-one. And the power is in the hands of the individual, not the institution.

Here are a few incredible new dapps and their highly functional tokens also known as altcoins:

Most dapps happen to be built on blockchains. But some dapps can be a blockchain themselves. Polkadot is something of a blockchain of blockchains; users can build blockchains in parallel to each other, benefiting from the added security of a larger network without having to operate within someone else’s chain. Polkadot also prompted interoperability between other chains.

Their token: DOT gives users governance power over things like upgrades and fixes. Furthermore, it is held as a deposit (staked) to promote honest interactions and is also staked in order to create a new parallel chain (parachains).

Where Crypto Kitties was a game dapp, AnRKey X is a gaming platform. Moreover, users can create games and can buy/sell/trade the in-game collectibles. But they went as far as gamifying liquidity mining. However, they will also drop their own rare loot to add to the loot that will soon be circulating in their gDEX (decentralized finance gaming platform exchange).

Their token: $ANRX “arcade tokens” give users rewards to compete in games and for yield farming, interacting with games, staking, and allows them to buy and sell in-game items and collectible NFT’s.

Blockchain mining has two major problems: it relies on dirty energy provided by governments and is becoming highly centralized by a handful of large mining pools. iM Intelligent Mining kills two birds with one stone by building decentralized solar-powered bitcoin mining rigs in the desert. Owning tokens essentially gives you partial ownership of a mining rig without the hassle and headache of building one yourself.

Their token: iM grants users reward based on the mining rewards from the bitcoins as well as governance power over operations. Moreover, the rewards come from staking on an exchange, staking within the dapp, or providing liquidity between two tokens.

A few retailers are dominating the e-commerce space, with Amazon in an overpowering lead. Moreover, they decide what commission to take from sales and easily and frequently censor products. E-Commerce also suffers from double sales, inventory management problems, many layers of affiliate marketing inefficiencies, forgeries, scalping, and more.

Splyt is a marketplace of marketplaces, providing a decentralized system of economic exchange based around the eNFT. Interestingly, each product listed by the seller is tagged with a unique eNFT that remains attached throughout the product’s lifetime in the ecosystem, providing the original brand with valuable sales data.

Moreover, an eNFT can be listed on multiple markets, and the inventory updates automatically across markets. Affiliates who list an eNFT get paid a commission immediately upon sale, without needing to negotiate or wait to be paid what they’re owed. Effectively, eNFT is also a certificate of authenticity, preventing various forms of fraud.

The token holds so much potential that it made to our – “The Next 100x! 10 Hottest Upcoming Altcoin Projects – Part 2” article and video.

Their token: SHOPX tokens are staked in a variety of refundable ways to promote honest interactions: to mint an eNFT, become a Validator or Arbitrator (agents that promote integrity within the markets), and in disputes. Moreover, they are also used to buy and sell, staked for liquidity rewards, and for your governance vote.

Viewing altcoins from this angle demystifies the world of cryptocurrencies. These aren’t a pile of coins you’re meant to sift through, hoping to find a good one. Undoubtedly, they are groundbreaking decentralized applications that spread out the power, revenue, and involvement of the types of companies that would previously take all the money and make all of the decisions.

All you need is a wallet.

For more interesting updates subscribe to our YouTube Channel which is now flaunting a brand new style. 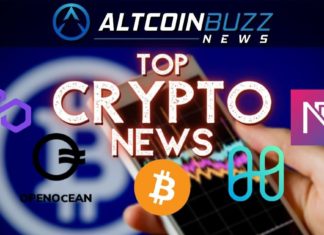 Ibiam Wayas - June 26, 2021 0
Bitcoin and major altcoins, including Ethereum and Binance Coin (BNB), are still struggling to recoup from the dip. On a seven-day count, Bitcoin and...

The UK Jurisdiction Taskforce Takes a Stand on Crypto Assets