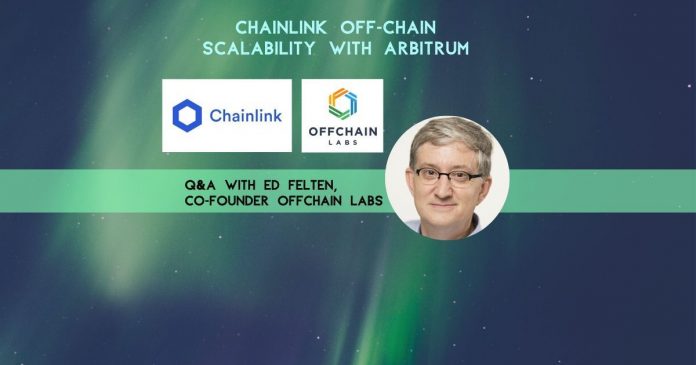 Scalability, one of the main issues of smart contracts on Ethereum’s blockchain, is precisely what Arbitrum off-chain solutions are looking to fix. Ed Felten, the co-founder of Offchain Labs, was speaking at the Chainlink AMA on YouTube about Arbitrum, its benefits and his company’s partnership with Chainlink.

During the Q&A session, Felten expounded on the advantages of the off-chain scalability solution platform. He also threw more light on Arbitrum’s integration with Chainlink and what makes it beneficial to users.

Incidentally, Felten has a background in Computer Science with over 25 years of professional experience. Offchain Labs currently consists of a nine-man team. And Arbitrum is the result of in-depth university research.

Smart contracts is arguably one of the most innovative uses of blockchain technology today. However, they face a major issue – scalability. Also, Ethereum smart contracts are usually slow. Arbitrum is designed in a way to scale up smart contracts on Ethereum.

Simply put, it is moving the entire mechanism off-chain and giving them a much-needed speed boost.

Arbitrum boasts of several chains for different apps, ensuring that each chain performs many times more efficiently than the Ethereum network. It also currently has a beta version available for download as well as several integrations and partnerships, Chainlink being a chief one.

Felten pointed out that the major challenge faced was finding out how to improve scalability with no corresponding loss in security. There were some concerns too about how to manage this without developers having to rewrite their application programs. This was, however, made possible with the invention of validators.

The Offchain Labs co-founder further added that it was also a challenge to determine how to make Arbitrum work seamlessly with previously existing applications in the ecosystem.

Speaking for the entire Arbitrum team, Felten reiterated the company’s main aim to be for each chain to run as fast as any normal computer while ensuring optimum security.

For now, however, Arbitrum is beating the performance of Ethereum with ease. As Felten stated in the video AMA: “ETH has a gas limit of 1 million gas per sec, we have 100 million gas limit per sec”.

Arbitrum has started its focus on two main areas: decentralized finance (DeFi) and gaming. They currently have a DeFi demo app -Uniswap on its beta chain. Soon, Chainlink node will run computation as well as act as validators on Arbitrum.

Incidentally, Chainlink integration was in recent news as Kava employed them as their authorized Oracle solution partner. 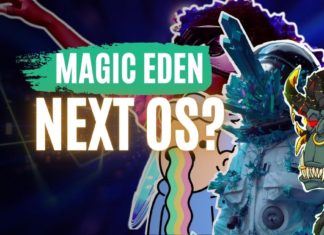 Aidan - March 22, 2022 0
OpenSea, and the Ethereum chain, are king in the NFT space. There's almost no argument that could be made against this right now. DappRadar...