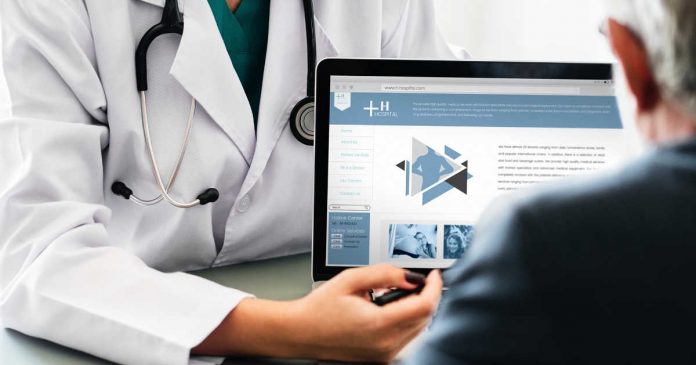 Blockchain’s potential is versatile and immense — so the mantra goes. While some are looking to create passports on the blockchain, others are using it for voting at a local level. But what about the healthcare sector? Can the technology help to revolutionize the pivotal industry affecting the lives of many?

The story of nine-year-old Alyssa Hemmelgarn might urge you to ask this question. In 2007, she felt sick and was admitted to a Denver hospital. Slowly her condition started to worsen. She deteriorated every day and died shortly after from Clostridium difficile, an infection which she picked up at that hospital. Erroneous judgments were the reason for her tragic death.

The dangers of healthcare

The girl’s story is severe. But, unfortunately, it is not unique. Medical mistakes cause one-third (around 250,000) of deaths every year. And that is in the United States alone. This means that you are almost as likely to die from a doctor’s error as from cancer and heart diseases.

This fact — together with a plethora of other — has pushed governments to increase their healthcare-related spending. In 2018, the WSJ noted that the United States “will soon spend close to 20% of its GDP” on healthcare. European countries, like Luxembourg and Sweden, are already spending a considerable sum of €5,557 and €4,938 per inhabitant a year. And yet despite attempts to improve the sector, it remains vulnerable to errors, data breach, and fraud. The design of the current systems used in healthcare, like Electronic Healthcare System (EHS), does little to address these problems.

Can the immutable, tamper-proof, decentralized and secure blockchain technology become a solution? Can it help avoid poor medical judgments and save innocent lives?

While some are still doubting the technology’s potential, and some lambasting it all together,  the healthcare sector is not just contemplating blockchain’s utility. Instead, it has long since chosen to adopt the vogue technology.

Back in 2017, IBM carried out a study which showed that approximately 16% of healthcare executives were planning to implement blockchain solutions already by year end. Another 56% were planning to do it by 2020.

The enthusiasm has not faded. On the contrary, since 2017 it has become even more widespread. John Halamka, Chief Information Officer of Beth Israel Deaconess Medical Center in Boston, is one of the biggest blockchain advocates today who thinks that the technology can help systemize patients’ scattered data.

To explore blockchain’s potential in full, last March he assumed the position of Editor-in-Chief of the new academic journal Blockchain in Healthcare Today. The latter’s goal, according to Halamka, “is to publish high-quality opinion pieces and research papers about use cases that really require blockchain.” Currently, the journal enjoys over 20,000 downloads and readership in 65 countries worldwide and continuously advances new research in the field.

Halamka’s devotion to the cause is shared by other experts. Greg Matthews, the creator of MDigitalLife, is among them. He believes that:

“Blockchain could make the biggest impact in healthcare in enabling health outcomes that take a 360° view of the patient’s genetic profile, their demographic and socioeconomic status, the behaviors that impact their health, and their response to different treatments or combinations of treatments.”

Jack Liu, CEO of ALLIVE, an intelligent healthcare ecosystem based on blockchain technology, is as much of an enthusiast. He contends that blockchain with its innate process of verification can help tackle fraud in the sector.

You are what pills you take

One might be wondering how exactly can blockchain improve the healthcare sector? Where can it be used and for what? IBM gives a good insight into the matter. The company outlines three overarching uses cases: drug traceability, clinical trials, and patient data management.

Drug traceability is a conspicuous matter. According to the World Health Organization, one in ten drugs around the world is a fake one. This means that millions of people are in danger of taking medication which might hurt them or even kill them. Blockchain which operates on smart contracts can help address it, as each transaction is both immutable and timestamped. This means that all parties involved in the supply chain have access to the information and verify it on the blockchain. If someone spots a dodgy detail, it is easy to trace its origin.

Then there is an issue of information’s veracity in clinical trials. Before each drug ends up on pharmacy shelves, it is subject to meticulous scrutiny. Trials are cumbersome and entail a collection of multifaceted data. If a researcher loses it or frauds it, this spells trouble. Once again blockchain can help ameliorate the situation. The technology can provide proof-of-existence for any document and allow anyone to verify the authenticity of a document.

For instance, when a person in charge of trial’s data collection gathers it, s/he will send it through a SHA256 calculator. It, in turn, will provide a hash which will contain information about the specific content of a document like trial protocol. Once again nobody can tamper with the information which other parties need to verify. Thus the algorithm significantly reduces the risk of fraud.

Each patient is unique

There is one more important detail — and that is the patient. Some analysts have described the blockchain solution in healthcare as a patient-centered system. In other words, that the patient is its primary beneficiary, as the technology help to manage large volumes of scattered data. The current systems, like the already mentioned EHS, “were never designed to manage multi-institutional, lifetime medical records.” More so, since these records are often accumulated over a lifetime at a variety of institutions.

As a result, a doctor who has never treated you is unaware of the whole medical picture. Consequently, s/he might determine the wrong diagnosis — as in Alyssa’s case — or give you a faulty medication. Again, this might turn out to be as dangerous. The problem deepens, as so far the relevant institutions have not created a universally recognized patient identifier.

Shaun Grannis, the Director of Center for Biomedical Informatics, elucidates the problem. He says that:

Blockchain can help in a variety of ways. For instance, it can serve as a location for all data regarding a certain patient. Once the information is there, the system will generate a hash storing and securing the data on the blockchain. The information owner, in this case the patient, will receive a public cryptography key.

Besides, the recorded data on the blockchain secures its integrity which means that it is impossible to make any changes to it once it is there. This is especially important if a patient takes an institution to court.

The next love and marriage

IBM even believes that as IoT develops, blockchain can help secure data generated by wearables, like Apple Watch. IBM posits that “This type of data could be used in the patient’s interest to track his activity, set goals and adapt treatments. All this can be done through smart contracts.” Rena Tabata, CEO of Think Tank Innovations, agrees and points out that “Blockchain may soon allow smartwatches and smartphones to load clinical information directly to the clinical record.”

Indeed, blockchain offers a myriad of solutions — both partial and thorough — to address some of the most acute problems in the healthcare sector. But what is even more important is that the sector’s players are embracing the technology. And that is hardly a surprise. After all, according to a report by BIS research blockchain and its qualities can save the healthcare industry up to $100 billion per year by 2025. The report also estimates that “a global blockchain in the healthcare market is expected to grow at a CAGR of 63.85% from 2018 to 2025, to reach a value of $5.61 billion by 2025.”

Thus it is only a matter of time before blockchain and healthcare evolve into a full-time  love and marriage of modern kind. 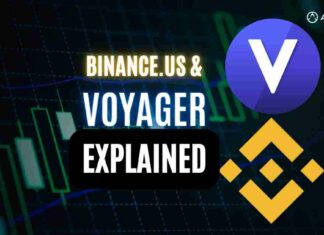