A bug was found in ICX that allows anyone to initiate the proccess of the upcoming ICX main net token swap. Min Kim, Foundation Council member, has announced a temporary solution is in place and a permanent solution has started and is expected to be completed shortly.

Min has released his response to the bug discovery. He handled it very professionally, stating that they take full responsibility and more importantly that funds are “ultimately safe.” He downplayed the issue by saying, “In the grand scheme of things, I consider this minor because the damage is minor. Nothing like exchange hacks, DAO, Parity Multisig, etc. Blockchain projects have survived through worse events in the past.”

There are still many questions that have not been answered. For example, why has the code not been audited and has the main net code been audited? While I do agree there have been much worse events in the past, one Reddit poster pointed out that, “All it takes is one bad actor who wants to stop transfers and knows how to win a mining war and their fix will stop working.”

Early this year ICX released their main net and unfortunately we are still waiting for the main net token swap to occur. This was supposed to be a good week for ICX because on June 13th, Binance announced they will be supporting the main net token swap set to occur on June 20th and users will only be required to hold their tokens on the exchange for the swap. In addition, Binance has announced they will be creating a USDT trading pair for ICX.

Is Icon still a project to trust? Will you be hodling your ICX or has the recent news caused you to dump it? Let us know in the comments below. 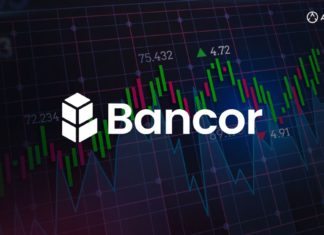 Is Bancor the Next Domino to Fall?

Abhay H - June 22, 2022 0
Bancor Protocol is one of the pioneers in the Automated Market Maker (AMM) space. It created the first-ever AMM - omnipool, which requires all...