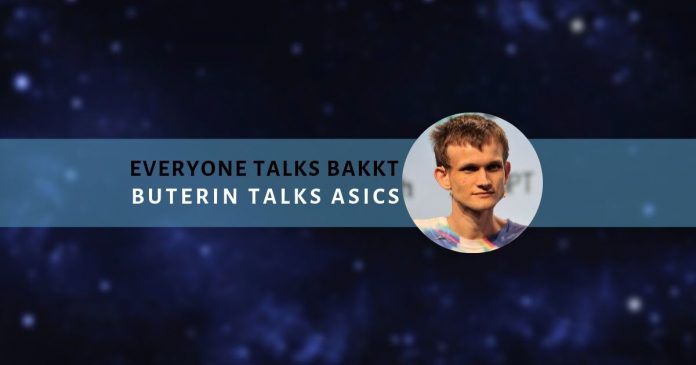 Co-founder of Ethereum, Vitalik Buterin, took to Twitter handle this afternoon. He felt like discussing the ASIC mining process.

Today, the much-anticipated platform Bakkt finally went live. But Buterin seemed not to care about the event at all. In a series of tweets, Buterin brought up the topic of ASICs, asking how hardware mining costs compare to that of electricity.

He said: “What is the mainstream view on what we can expect the long-run ratio of hardware costs to electricity costs of ASIC mining to be? Last time I did the math, hardware was 75% and electricity 25%, wondering if that has or is expected to change.”

Therefore, pointing out the fact that hardware commands higher costs compared to electricity.

He went further saying: “This question is important because if hardware dominates, the arguments that ASIC mining is not that wasteful because ASICs can just turn on and off as needed to absorb spare power capacity that would otherwise go unused or dual-use as heaters are completely false”.

“On the other hand, if electricity dominates, the spare capacity/heating dual-use argument is more credible. But the argument that ASICs have some of the benefits of PoS no longer holds water,” he added.

To be fair, Buterin received a lot of answers. For instance, Jagdeep Sidhu replied saying: “The cost of mining is becoming exponentially cheaper in general terms. Because the costs generally become cheaper and fabs aren’t getting any tighter. Thus, horizontal expansion allows for mining to become distributed for the first time. So yea all spare capacity will be absorbed.”

At the same time, Anon Miu also said: “The argument that something is wasteful is not important, and it’s purely subjective.”

It is not so clear why Buterin has suddenly decided to discuss ASIC mining. After all, today, the primary attention grabber was Bakkt. But it is indeed an important topic, as ASICs are a big business. Thus, back in June, Samsung announced its partnership with ASIC mining. In July, a report by Argo Blockchain stated that mining is an extremely profitable business.

The electricity argument is also an important one as many believe that it is highly detrimental to the environment. Then again, this might be related to the upcoming introduction of Ethereum 2.0 that is poised for launch in 2020. Perhaps, Buterin, who is-not-your-average-type of guy, is thinking about something we don’t know. Either way, the community will soon find out. 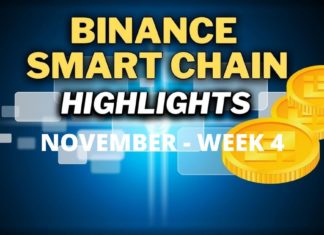 David Abel - November 26, 2021 0
The binance smart chain ecosystem always has developments every week. Therefore, to keep you informed, Altcoin Buzz looks back at the latest BSC updates from...

In Case You Missed It: XRP Is A Currency, Not A...