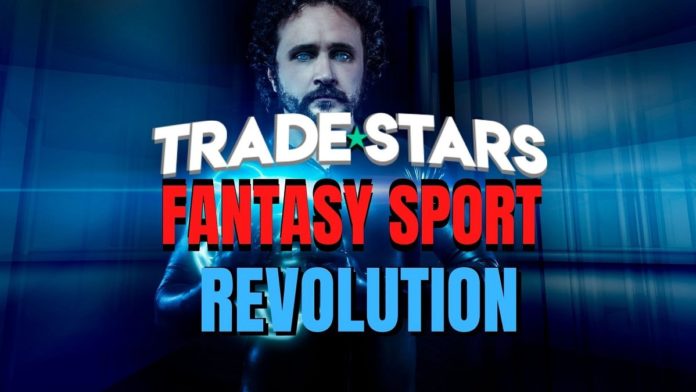 Fantasy sports have been around for most of the 20th Century. They became popular in the 1960s through a National Football League (NFL) game created by Bill “Wink” Winkenbach. He was a minority owner for the Oakland Raiders when he set up the GOPPPL. In August 1963, the first draft of the Greater Oakland Professional Pigskin Prognosticators League (GOPPPL) was held between Bill and a circle of his friends.

Ever since then, fantasy sports have taken the world by storm and now it seems NFTs will take it by storm. The sports that have taken centerstage include football, soccer, baseball, and basketball. According to the Fantasy Sports and Gaming Association, over 59 million people engaged in fantasy games across the U.S. and Canada alone. It’s safe to say that this is a popular pastime for many people.

Throughout 2020, many fantasy sports saw a decline in players and overall participation from existing leagues. This was, in part, due to the COVID pandemic. But it could also paint the picture of a longer-term decline in general fantasy sports. The formula has changed very little since the days of Bill Winkenbach. Sure, there are more stats, up-to-date games, and player information but ultimately, only one winner.

It’s perhaps this element that could be at the heart of the downturn in fantasy sports games. Why spend season after season crunching the data, researching games, players, and leagues only for many players to see zero upsides come to the end of the season?

The Blockchain has had a huge impact on a number of traditional areas. Right from banking (with the DeFi movement), investment, and gaming to name but a few. What if the things we have learned from the crypto space –  such as decentralization, monetization of knowledge, and fair distribution of upside – do these apply to the fantasy sports world?

There are a handful of projects looking to do just this at the moment. One such project is TradeStars. It is combating fantasy sports fatigue by tokenizing the stars of sports such as football, soccer, and baseball. Then it brings the whole thing on-chain. The game allows players to trade and monetize Fractional NFTs (non-fungible tokens). These represent real-life athletes’ performances. Interestingly, with the stats added in real-time, it impacts in-game value.

What’s really interesting about this approach is the game is entirely managed by Smart Contracts on the Blockchain. The ability to split, or fractionalize athlete NFTs creates a huge amount of opportunities for how you want to play and compete.  Instead of every user fighting over a single Lionel Messi or LeBron James. Actually, players invest in fractions of these athletes. This means opportunities to trade on top performers are massively increased.

We looked earlier at limited opportunities for winning being a potential frustration in traditional fantasy sports games. With the introduction of NFT-based gaming mechanics, not only is the distribution of superstar athletes fairer. But your stake in each athlete has intrinsic value; and it is tradable This means that your knowledge of the players, the games, and teams could actually mean a financial upside – whether you come top of your league or not.

It’s this element that could really transform the fantasy sports ecosystem. Because of the decentralized nature of this type of technology, you can earn significant financial rewards just from knowing who to buy, who to sell, and when; without getting exposed to 3rd party risk through other trading platforms/forums.

What’s more, this element to on-chain fantasy sports provides a healthier, more collaborative alternative to betting. Instead of investing in win/loss, average points per game, and other types of sports betting, you and your teammates can invest in the next star athlete or the next up-and-coming team – and see huge upside through your combined knowledge.

Whether it’s a national fantasy league or a smaller setup among friends, the opportunity for NFT and Blockchain-powered fantasy sports to reinvent the way you compete is compelling. It doesn’t matter whether you’re a pure strategist, diving into the data to select the winning players or a gut-feel player who follows your heart on picks; the ability to combine the traditional elements of fantasy sports, with the potential monetary gains and security provided by the Blockchain is extremely compelling.

Simply put, competing with your friends just got a whole lot more interesting!