Home Cryptocurrency News Blockchain Technology Do You Know What Mimblewimble Is? Because It is About Time 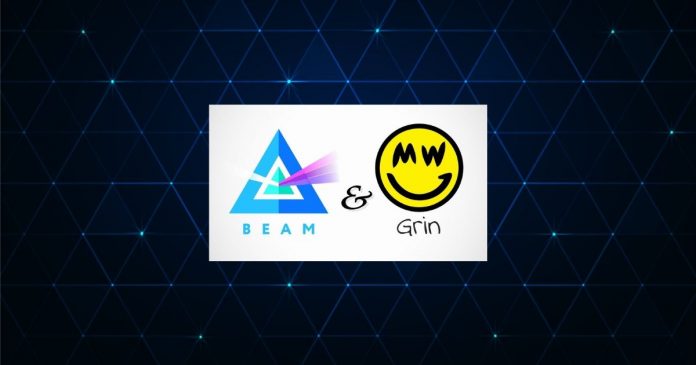 New protocols are emerging all the time. Is Mimblewimble any different? Seems that it is a “yes.” Why? You are about to find out.

Privacy. It is a big deal, isn’t it? And yet in the world of blockchain, it is not that easily achievable. Some projects have understood the problem all too well. Already in January Charlie Lee, the creator of Litecoin, tweeted his vision of developing LTC. He noted that fungibility and privacy top his list of priorities. He added that he’s now focused on “making Litecoin more fungible by adding Confidential Transactions.”

Fungibility is the only property of sound money that is missing from Bitcoin & Litecoin. Now that the scaling debate is behind us, the next battleground will be on fungibility and privacy.

I am now focused on making Litecoin more fungible by adding Confidential Transactions. 🚀

More than half a year has passed and LTC has made tremendous progress so it seems. In today’s tweet, Lee announced that together with David Burkett, the main developer of Grin++n, and @ecurrencyhodler he’s working on the design. The trio has been busy with “ironing out the mechanism of getting LTC in and out of MW/EB.” They also figured out “how to handle MW fees in a clean way.”

Updates on MimbleWimble progress:@davidburkett38, the main developer of Grin++, is now working with @ecurrencyhodler and I on the design. We've been ironing out the mechanism of getting LTC in and out of MW/EB. Also figured out how to handle MW fees in a clean way.

Soon after that, David Burkett thanked Charlie Lee and stressed that he looks “forward to continuing to work with you to bring financial privacy to all.”

Thank you, @SatoshiLite! I look forward to continuing to work with you to bring financial privacy to all. https://t.co/QcqsJPWvZz

The overall reaction of the cryptocommunity has been predominantly positive. Users like Kyle LTC qualified it as “great news.”

Great news. I like the way you’ve been active for the past week or so, love the updates and banter. 👍

Voldemort is back in town?

Perhaps he has not left it in the first place. In 2016, a man called Tom Elvis Jedusor, the French name for Harry Potter’s Voldermort, published the whitepaper on Mimblewimble. So what’s so special about it?

Well, some claim that its advantages include the following:

Indeed, it aims foremost to tackle the privacy issue. The author of the paper, the French Voldemort, explains, “I call my creation Mimblewimble because it is used to prevent the blockchain from talking about all user’s information.” First, the (wo)man decided to remove Bitcoin script. After all, BTC, in spite of common belief, is not completely anonymous due to the presence of public addresses. Mimblewimble’s transactions are derivatives of transactions known as confidential transactions. In this system, solely the parties that are involved in a certain transaction know its details. And yet this system manages to prevent fraud: you can’t create coins out of thin air. While the onlookers do not know the details of transactions, they can still verify the input and output.

Moreover, Mimblewimble allows to merge transactions (CoinJoin), making it difficult for an outsider to establish who sends coins to whom. All you get to see is a list of inputs, a list of outputs, and signature data.

There is also such thing as cut-through. It enables to aggregate data to forge smaller block sizes. Let’s say you first send a coin to your friend and then s/he sends it to someone else. In this case, there are two inputs and outputs. But not on the Mimblewimble protocol. It’ll consider it to be one transaction. The protocol will produce a transaction kernel that contains the public key, the signature and a mining fee. Subsequently, the validators check this kernel.

While it is obvious that Litecoin is fond Mimblewimble, do its advantages appeal to others? Seems like it does. In an interview with Altcoin Buzz, Shahab Behzadi, Platform Manager for Stakenet, confessed that he also considers Mimblewimble to be highly advantageous. Particularly, he referred to the cut-through feature.

“We are also looking to implement the widely applauded Mimblewimble for extra privacy and lastly Lightning Network itself offers some unique opportunities that we are looking to take advantage of. Implementing things like random hop secrets and transforming the LN funding from identifiable 2:2 multisigs into untraceable 1:1 standard signature transactions,”  said Behzadi.

Is this a sign that blockchain is evolving? Stay tuned as Altcoin Buzz is exploring the potential of blockchain. Find out more by reading these articles:

Amazon and Ethereum Want to Fix Blockchain. But Is the Solution Already Here?