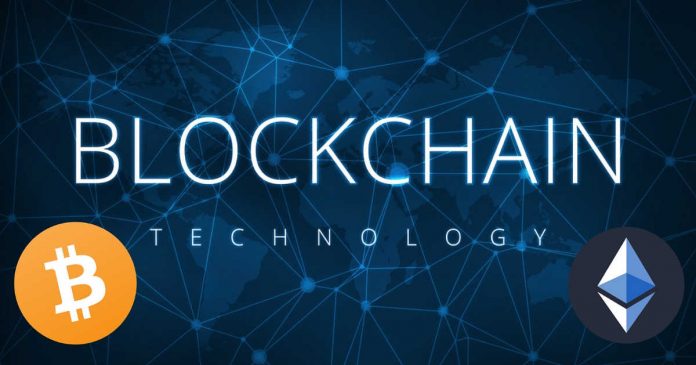 Bitcoin and cryptocurrency, terms everyone must have heard about now. Furthermore, you must have also heard about “blockchain” which is the technology underlying Bitcoin and cryptocurrencies. Blockchain is not just the hottest topic in the crypto world but also a technology in-demand across many industries. Many big organizations and venture capitalists are pledging billions of dollars in the ‘blockchain technology’.

A blockchain is an online public ledger that records every single transaction made in a given system. It allows money to be tracked all over the web. The Blockchain is like a DNA of the cryptocurrency.

However, if you are new to the crypto ecosystem, you will definitely think about what makes two crypto giants, Bitcoin and Ethereum, different when both of them are blockchains.

Let us get into the specifics of each of these blockchains and see what makes them different.

The very first and most famous implementation of Blockchain is ‘Bitcoin’. Bitcoin is a peer-to-peer digital currency to give the world an alternative to the traditional banking system.

Bitcoin, the first digital currency, was launched in 2009 and we all know that it started with Satoshi Nakamoto’s whitepaper in 2008. It all started with a vision to make an alternative P2P currency.

In other words, Bitcoin’s Blockchain is an openly shared ledger that ensures easy accounting and transfer of value (i.e. money) in the form of bitcoins.

Bitcoin is created through a process known as ‘mining’ and is held in Bitcoin’s blockchain. Unlike the traditional banking system, you can send Bitcoin to anyone and anywhere without seeking any permission from banks or government bodies. Basically, it is operated by a decentralized authority.

Bitcoin’s blockchain doesn’t bother whether you are a human or a machine. Thousands of Bitcoin nodes on the blockchain are equally able to verify the legitimacy of transactions. That’s why there is no need for any third party intermediaries like banks.

Over the last decade, the acceptance of digital currency has increased among regulators and government bodies. Although it isn’t yet a formally recognized mode of payment or store of value, it has managed to create a space for itself and continues to coexist in the financial system despite being regularly scrutinized and debated. And its mass adoption in recent times speaks about the inherent value of the blockchain concept.

Blockchain technology is further being used to create applications which are beyond just supporting a digital currency like Bitcoin.

Ethereum is one such application which was launched in July 2015. It is the largest and most accepted open-ended decentralized platform that enables execution of Smart Contracts and Distributed Applications (DApps) without any downtime, fraud or interference from a third party. Smart Contracts let you buy property, stock – really anything without having to go to any service provider. It cuts out the middle man entirely. That’s why investors are thinking Ethereum is a stronger and potentially more lucrative technology. Barclays using smart contracts to trade derivatives.

Essentially Ethereum is not just a digital currency but also a programming language (Turing Complete) running on a blockchain. It helps developers to build and publish required distributed applications.

Ethereum’s Blockchain does not just manage and track transactions like Bitcoin’s Blockchain. But it can also program them by storing and executing newly coded programming logic.

In 2014, Ethereum had launched a pre-sale of its cryptographic token – Ether which received an overwhelming response. Ether is like a channel for moving around on the Ethereum platform and is sought by developers to develop and run applications within Ethereum. There are wide-ranging potential applications of Ethereum.

Broadly speaking Ether is used for two purposes. It is traded as a digital currency like other cryptocurrencies and is also used within Ethereum platform to build, and run applications to monetize work.

Another important aspect of Ethereum is the formation of the Enterprise Ethereum Alliance (EEA). The EEA brings together start-ups and Fortune 500 companies to work on Ethereum for industry use. The aim of EEA is to build a private version of Ethereum’s Blockchain for its eligible members like a bank for their specific business needs. And whenever one member company makes a code base on the Ethereum Blockchain, it can be shared with another member company if it’s useful for them. This kind of collaboration and development is governed and aided by the EEA.

Both Bitcoin and Ethereum are based on the principle of distributed ledgers and cryptography, yet there are many technical differences between the two.  Key technical ones are mentioned below:

The programming language used by Bitcoin is ‘stack-based’ whereas Ethereum is based on ‘Turning Complete.’

Ethereum transaction is confirmed in seconds (12-14 secs) as compared to minutes (approx. 2-10 mins) for Bitcoin.

Bitcoin Blockchain has a block limit of 1MB which means the number of transactions that fit into a single block cannot exceed 1MB.

On the other hand, the Ethereum Blockchain doesn’t have a block limit. Miners decide the number of transactions that are put into a block.

In fact, Bitcoin and Ethereum differ in general purpose also. While Bitcoin is pitched as an alternative to regular currency, Ethereum facilitates peer-to-peer contracts and applications via its own currency. That’s the reason Bitcoin has largely emerged as more stable digital currency, while Ethereum is more about smart contract applications and enabling developers to build and run DApps.

To sum up, Ethereum is an advancement based on the principle of blockchain that supports bitcoin but with a purpose that does not contend with Bitcoin. However, the rising acceptance and the market capitalization of Ether brings it in competition with all cryptocurrencies, especially from the trading perspective. Currently, the market cap of Ether (ETH) is more than Litecoin and Ripple, although it’s far behind Bitcoin (BTC).

On the whole, Bitcoin and Ethereum are different versions using the blockchain technology and are not competitors. They coexist and are set to establish themselves, driven by different intentions and open up a possibility for a new future. 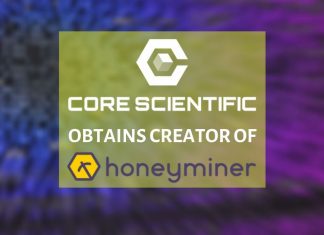 Racheal - September 29, 2019 0
Blockchain firm, Core Scientific, recently announced that it has obtained Honeyminer and its whole team. This is according to a press release by the AI...