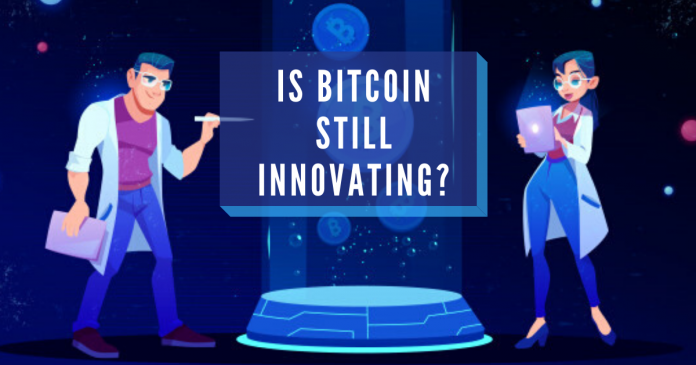 The bitcoin we love is continuously evolving. Its core underwent a multitude of iterations to manifest the concept of a decentralized currency. And it’s still developing in order to become widely accepted.

However, before this happens the technology has to scale. It needs to become more private and offer ease of use. Currently, a raft of positive developments around bitcoin is being carried out by developers. And it continues to evolve, albeit with a different approach now.

Instead of altering the core, the entire deal is to create a bitcoin protocol suite. This modular approach aims to hasten the development of different protocol layers. It is happening on top of the inflexible bitcoin core.

What kind of innovation is on the way?

Sadly enough, bitcoin technology could not keep up with the kind of attention it received. It attracted hordes of users and hackers post media exposure. The millions of transactions demanded scalable solutions and enhanced privacy. Here is how the modular approach is reigniting innovation:

Currently, Bitcoin’s blockchain is capable of processing 7 transactions per second. This is quite a low-hanging figure as compared to existing players like Visa. If this continues to stay the same, why would anyone want to use bitcoin for daily payments?
To address the scalability challenge, a second layer known as Lightning Network is underway. It uses micropayment channels that take transactions away from the main blockchain. Effectively, the main chain decongests. Thus, the transactions become instant and the associated fee lowers. Recently, popular cryptocurrency exchange Bitfinex announced supporting bitcoin transactions on the Lightning network.

Crypto world can never forget and forgive the black-eyed exchanges. Especially the ones that locked them out of their crypto assets worth millions of USD. Some of the most chilling stories we recall are about the Quadriga and Mt. Gox exchanges. However, there is a cure. The concept of atomic swap aims to facilitate crypto transactions without any intermediaries.
An atomic swap supports off-chain transactions without the need for any exchange. These swaps can take place between different blockchains directly. Effectively, it provides the trader with more control over his/her assets while trading. Additionally, it eliminates counterparty risk and saves a lot of trading effort.

How does it sound to have access to an uncensored and decentralized messaging tool?
You guessed it right. A messaging tool using bitcoin blockchain is not a concept anymore. Whastsat, the text messaging app, is a third layer application of bitcoin blockchain. It uses the existing lightning network protocol to transmit messages between recipients. Actually, instead of the transaction data, it sends message data. The App works on a peer-to-peer basis and ensures the messages remain uncensored, unlike Telegram and WhatsApp.

Bitcoin turns out to be more functional for the enterprises only when it allows the usage of smart contracts. In the current smart contract set up, a lot of contract arrangement detail is not private.
For example, the business that wishes to keep the details confidential cannot do so. That is because when the entity tries to do any transaction all the details like conditional logic, bitcoin owner’s public key, public keys of beneficiaries and time-out all need to add up to successfully. This jeopardizes the privacy details. Not only that, but it also makes the smart contract size large and bulk.
To circumvent this challenge, layer MAST is being developed on top of the bitcoin blockchain. This ensures higher privacy of smart contract arrangement details and quicker execution.

When you ask Google “How to secure my bitcoins?”, it comes up with all kinds of suggestions. It tells you to keep them in the most secure wallets on an air-gapped dedicated laptop. So, effectively it asks you to make the assets less available.
Well, what if the bitcoin protocol suite allowed you to create your own vault? A vault that comes with an owner and a recovery key. In case the hacker somehow gets into your vault, s/he does not even get a dime. That’s because the recovery key can automatically burn the funds in case of such an event. So, the point is that why would a hacker try to steal the funds if s/he knows he can never lay hands upon?
From a technical perspective, Bitcoin Covenants are being explored. These are scripts that effectively create a highly secure Bitcoin vault for the asset owner.

Sufficient privacy and anonymity are critical parameters of bitcoin. In the past, some blockchain analysis companies helped lawmakers with deanonymization. A lot of work is going on to stop this kind of intrusion.
The protocols like Dandelion hide the IP address of the node that broadcasted the transaction. This ensures anonymity protection.

Bitcoin is not a static technology

This is just a gist of what is happening to ignite the mass adoption of the bitcoin blockchain. While maintaining the fundamental rules of bitcoin, the developers are pouring in hours to unfold further innovation. 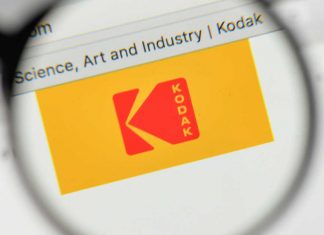 Ifeanyi - June 7, 2019 0
This new document management platform, unlike previous Kodak-blockchain announcements, is an actual Kodak product and not under a third party license. The platform was...

CoinGecko’s Report: Top 8 Countries Most Interested in the ETH Merge