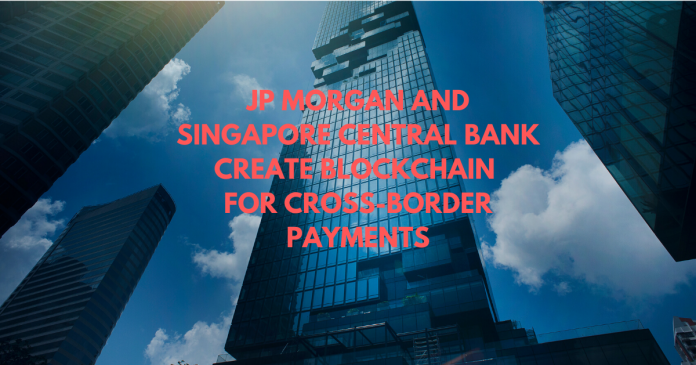 Top investment banking firm JP Morgan has announced a collaboration with the Monetary Authority of Singapore (MAS) to create a blockchain model that would improve cross-border payments.

This is according to a news report on the MAS office website. It disclosed more details about the blockchain prototype, pointing out how the new protocol will enable payments in different currencies on the network.

To add, Temasek, a government-owned investment company, also lends its support to the project.

MAS, investment banking giant JPMorgan and investment firm Temasek all came together to create this project. It is currently undergoing several tests to see if it matches the expectation of cutting costs. Consortium R3 and Deloitte have also previously been involved with the project testing.

More on the project

The project initially started out as a way to digitize the Singapore dollar using blockchain.  However, it moved towards evaluating blockchain to enable real-time gross settlement system. Very similar to the system in use by most central banks.

Speaking of the project, MAS revealed that the prototype “will provide interfaces for other blockchain networks to connect and integrate seamlessly.” The network also comes with several other benefits like delivery-versus-payment (DvP) settlement with private exchanges. Also trade finance conditional payments, escrow and payment commitments.

Sopnendu also added that: “We hope this development will encourage other central banks to conduct similar trials, […] We look forward to linking up with more blockchain networks to improve cross-border connectivity. This will be a big step forward in making cross-border transactions faster, cheaper, and safer.”

Global Chief of clearing and IIN at JP Morgan, confirmed the news, expressing great joy in the partnership. He said, “by leveraging our key learnings from building the Interbank Information Network and the JPM Coin, J.P. Morgan is well-positioned to support the development of a blockchain-based payments network and operate at scale.”

Tech giant Accenture will compile and published a comprehensive document on Project Ubin in early 2020. The document will thoroughly explain how to use the blockchain for payments and securities.

Over time we have seen top banking and investment firms shift toward blockchain technology. They believe it will help improve their storage systems and even payment methods. 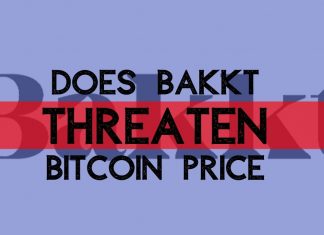 Did BAKKT Destroy the Bitcoin Price Once Again?

Deepika Garg - November 22, 2019 0
With Bitcoin unhanding $1,500 from its price bucket in the last 11 days, the market sentiments are turning negative. In the last few hours,...