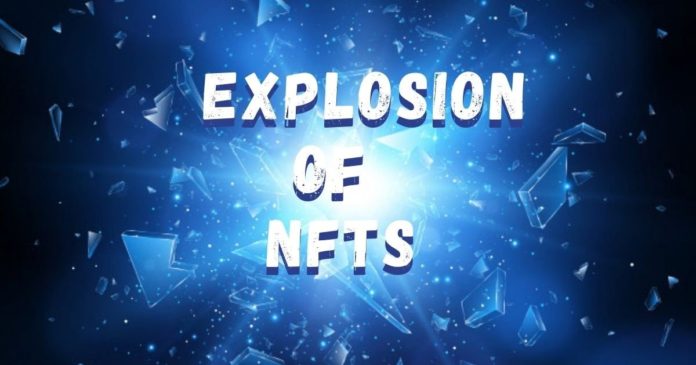 2021 is turning up to be the year of NFTs with sales and volumes reaching new and amazing price records. This unprecedented interest in NFTs and its ensuing increase in volume begs the question – Is the NFT Mania in 2021 real and will it sustain?

This article covers in detail recently sold Non-Fungible Tokens (NFTs), the platform on which the sale occurred, and reasons why we are positive that the NFT hype is only just beginning.

Several NFTs have been sold in 2021 alone with many of such waves making huge waves globally and subsequently creating awareness and adoption for the blockchain, DeFi, and cryptocurrency space.

The first of her kind, #WarNymph is a digital entity spliced from a pixel DNA of the organic human, Grimes.🧬

Also, in January, a virtual plot of land NFT in Axie Infinity sold for $1.5 million.

While NFTs are having a big moment right now, the platforms used for creating and trading NFTs are becoming increasingly popular.

NFT hype – Not just a bubble

2021 is turning out to be the year of Non-Fungible Tokens (NFTs) and Decentralized Finance (DeFi) space just like 2020. Almost two years ago, the total value of the entire NFT space was less than $300 million. In 2020, it ballooned to over $1 billion and today the total value of the space has surpassed $3.4 billion.

As the NFT space continues to attract traction, a number of questions come into mind. Questions like, Is the hype real? How should we prevent a repeat of the 2017 ICO boom in the DeFi space? Is the NFT hype sustainable?

While these are legitimate questions, it will be important to understand that the NFT hype is not just a bubble. There are key pointers showing that the hype is both real and sustainable.

For one, it has a number of use cases especially in the gaming, art, real estate space amongst several others. NFTs also play a major role in authenticating and verifying information including the authentication of luxury goods and valuable items. Using NFTs, the stocks can also be tokenized.

After the CryptoKitties craze of 2017, venture capital-led investments increased in the space.

Since 2019, some of the major brands like Nike, Formula 1, NBA, and more entered the space.

All this helps to show that mass adoption is expected to take place in the NFT space. The NFT hype due to its myriad of use cases is sustainable and real. 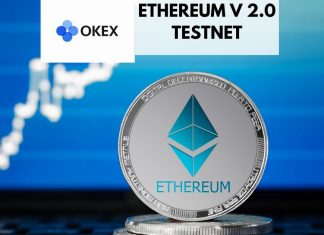 Racheal - May 6, 2020 0
Popular blockchain network Ethereum had recently announced the launch of its Ethereum (ETH) 2.0 Topaz ecosystem. This would engineer a move from its previous...