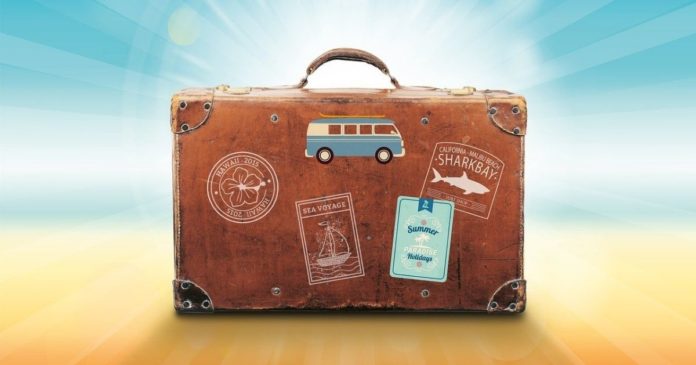 According to him, the global sharing ecosystem is one that is able to revolutionize the world as we know it, and ShareRing is at the forefront of this revolution.

Reimagine 2020 started off with Bos giving the background on how ShareRing was born. According to him, he first had the idea of creating a sharing ecosystem around 2012-2013. The platform, at that time, was structured as a foundation on which other sharing and rental platforms could build upon. There were, however, a few hitches creating a one-size-fits-all sharing platform. With this as a major issue, the platform was then designed into a car-sharing platform named Keaz. Keaz was sold early this year to Wunder.

Prior to selling off Keaz, ShareRing was formed. The idea to incorporate blockchain technology further made the vision of creating a versatile sharing ecosystem feasible. Bos pointed out that he thought about incorporating blockchain only after seeing the Ethereum whitepaper in 2016.

According to him, successfully creating a one-size-fits-all sharing ecosystem like ShareRing will help usher in the next-gen sharing ecosystem. ShareRing is looking to incorporate an identity management platform, rental platform, and payment platform, among others. According to him, “anyone can build what they want on top of this platform and have this flexibility that we wanted to achieve.”

When asked if explaining decentralized technology to potential customers was difficult, Bos replied that the blockchain in itself is still quite new. There are a lot of rough edges and so much that the average person does not know in general.

According to him, it has taken him over two years of learning to feel confident enough to explain blockchain technology. He, however, added that learning in-depth about blockchain isn’t something he would advise except such potential customers that have plans to work on the back end.

Advantages of ShareRing in the Travel Space

The travel industry is a major focus for the sharing platform. Bos talked about its decentralized nature as a major advantage as compared to other centralized travel options available today. One major aspect is the issue of user identity safety as well as a host of other inefficiencies with regard to identity confirmation. According to him, ShareRing takes care of all such inefficiencies. Its independent ID ensures user details are safe as they are not stored on any central server. Bookings and identity confirmation will also be carried out seamlessly with zero backlogs.

This ID system can also be used for flights. With the current COVID-19 surge, users can easily carry out the check-in process and also get their visas without having to wait in line.

According to Bos, users’ details are not even stored on the blockchain. Instead, a fingerprint representative of the ID or other important documents, such as a degree certificate or COVID test, is stored. Simply put, once a person scans his/her documents, it undergoes a process of verification first, and then a hash is created which is subsequently stored on the blockchain. In the case of other documents like the COVID test, the organization carrying out the test will be in charge of the verification process.

According to Bos, while there is general awareness about the ability of blockchain among the government and airport authorities, adoption is still quite low. He, however, added that “getting in the door to talk to them has been surprisingly easy.”

Mainstream adoption of ShareRing in the travel and Visa verification space is sure to birth a wide range of other use cases. Imagine medical records on the blockchain, driver licenses, etc.

The onslaught of the novel coronavirus brought the global economy to its knees. Many companies had to let go of staff, not to mention trying to play it safe until the danger is past. ShareRing, however, took a different approach. COVID spurred the company to look beyond the travel space and launch other products like its app and middleware platform. According to Bos, over the course of 2020, the company has employed more people and opened a four-story office in Thailand.

What Does the Future Hold?

There are a number of amazing features still in the pipeline. Users should expect mini-apps like banking, car rental, and payment apps on ShareRing. The ShareRing shop is also a major focus of the sharing platform. Last year, the ShareRing shop soft-launched in Melbourne and gave out free packs of disposable masks to Melbourne residents.

The ShareRing app is also expected to be going live soon. Invitations will be sent out to people to participate in the soft launch of the app.

Find out more about current trends in the cryptocurrency and blockchain sphere by visiting the Altcoin Buzz YouTube channel. 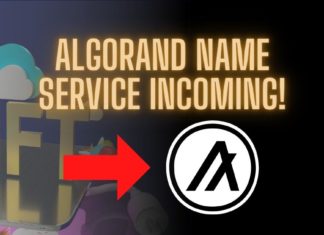 Get Your Algorand ‘.algo’ Name Soon!

Aidan - January 26, 2022 0
The creators of Algorand's name service NFDomains have received funding to launch their marketplace. The creators, TxnLab, closed a 1.25M seed round to get the...