Beware! A new Glupteba variant has been caught hijacking the Bitcoin blockchain. The situation is alarming because it is evolving rapidly. This time the strain is using the network to resist the attacks.

Trend Micro security researchers warned the Bitcoin blockchain community. Apparently, the malware activities continued even when the server connection stood severed. Not even an antivirus can stop the malware from stealing browsing history and website cookies. It does not end here. Sensitive information like account names and passwords are being stolen from browsers.

Bitcoin traders are at higher risk

As per the latest reports, Glupteba uses the Bitcoin blockchain to retrieve the latest Command and Control domain. Such functionality makes it easy for hackers to replace the C&C server. This is a real threat. Taking screenshots, mining Monero, downloading and running new files, these are no more the stand out functionalities.

The malware is encroaching the devices through spam emails and is threatening the Instagram user accounts. Meanwhile, the attackers gaining access to systems using Electrum bitcoin wallets.
However, the malware seems to be evolving as the hackers seem to be adding capabilities.
This is not the first time Glupteba has re-surfaced. After identified as a potential malware in 2011, it again jolted the local networks in 2018. This is when it started a wild distribution as pay-per-install adware. Intentions behind Glupteba’s use have always varied.
And this time it goes beyond running Monero(XMR) miners and has threatened the Bitcoin blockchain. We are keeping a close eye on the Glupteba research reports and will keep you posted. 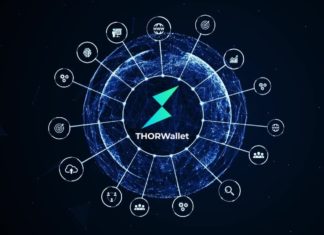