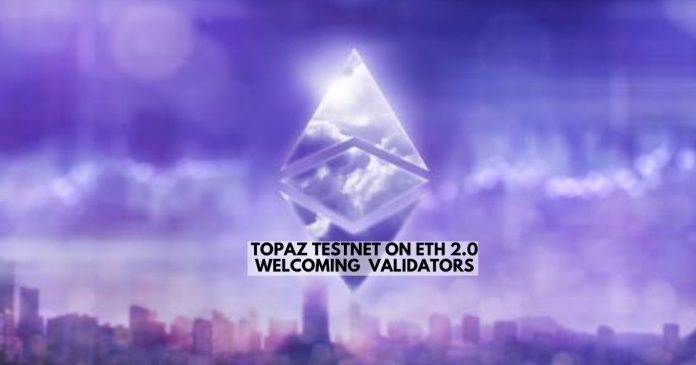 Topaz Testnet a public Ethereum 2.0 testnet created by Prysmatic Labs is calling on individuals to participate as validators.  Before it launches on the mainnet later this year.

According to the announcement, anyone can participate in the Topaz Testnet as a validator. All they need is a little familiarity with the command-line. Along with a basic understanding of how to use and send Ether.

Other requirements needed to set up as an ETH 2.0 Validator include the operating system, recommended system memory and storage, internet speed, amongst several other features.

“While a physical computer is an ideal way to run an ETH 2.0 validator from a decentralization perspective, cloud instances can be easier to set up and maintain. These instances can be set up at providers such as Vultr, Kamatera, or Digital Ocean,” the statement read.

Additionally, to access the Topaz testnet, individuals need to deposit ETH on the Goerli testnet. Which is running standard Ethereum 1.0. This connection is required to test one of the most critical components of Ethereum 2.0, the deposit contract. This smart contract manages all staking activity and is a key part of the planned Ethereum Phase 0 upgrade.

Topaz testnet currently has over 29,300 validators staking more than 1 million ETH. Notably, if it was a real Ethereum, it would be worth $214 million.

“We are delighted to see the amount of community support and activity on Topaz. This is the first large scale ETH2 testnet where the community controls a majority of the validators,” Preston Van Loon, CEO of Prysmatic Labs, said in an interview.

“The Topaz is a full-scale testnet running primarily Prysm nodes from Prysmatic Labs. The 1MM ETH milestone with high rates of stability gives us confidence that ETH2 can handle this level of activity when phase 0 launches later this year,” he added.

Ethereum is the second biggest blockchain by market cap. It is undergoing a complex upgrade that aims to make it more scalable, allowing it to process more transactions. Also, it will change its consensus mechanism, moving to proof of stake, where users “stake” their funds while keeping the network running.

About the Topaz testnet

Topaz testnet is a new creation by Prysmatic Labs testing environment, launched on April 16. It replaced the previous version launched in 2019, called Sapphire. One of the most impactful changes between the two versions is the minimum staking requirement, which was upped from 3.2 ETH to the full 32 ETH.

Notably, the ETH 2.0 has been growing as OKEx Pool, the staking arm of the OKEx conglomerate, announced that it has also joined an Ethereum 2.0 testnet as a Proof-of-Stake validator.

However, Prysmatic Labs remains the main contributor to the project. As of May 25, it controlled 47% of the network activities. Although, these figures are decreasing, down from 53% at the beginning of May. 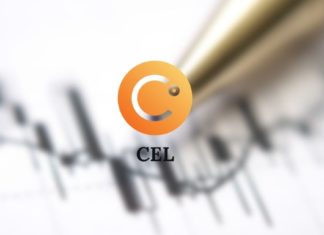