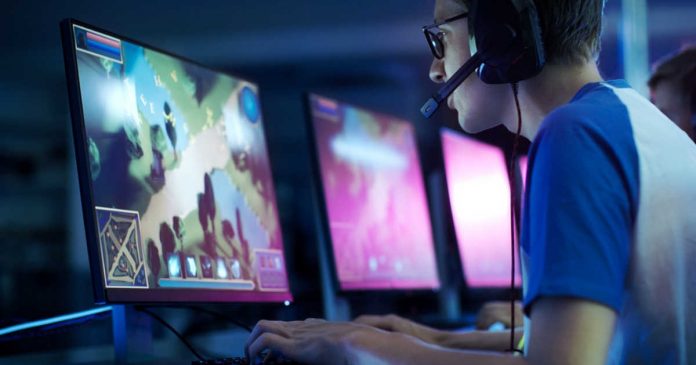 There is more to Blockchain than just cryptocurrencies. The opportunities provided by an open and distributed ledger. The technology has caught the eye of the gaming world too. Gaming has become an integral part of the global media and entertainment market. The global revenue generation is exceeding $130 billion each year.

The sum is more than double the aggregated global revenues of the movies and music industry.

Furthermore, the growth of the online gaming industry has been seismic. As per the projections, the revenues will hit $2.2 trillion by 2021.

The dynamics of the current online gaming industry does not have many barriers to growth. As per a recent study of the gaming industry, usage of crypto tokens does not pose any barrier as the gamers have been using tokens to make collectible purchases since long.

Adoption of blockchain is centered towards introducing better gaming concepts.

Blockchain-based gaming ownership is being taken one step ahead by Enjin Coin. It builds and manages virtual gaming assets directly on the Ethereum blockchain. Enjin Coin has a network of 19 million users. Gaming communities can create currencies, items, and even attributes that are backed by the parent Enjin Coin. It also includes a Smart Wallet in which gamers can hold and trade their digital assets across varied gaming platforms.

Games like War of Crypto and Forest Knight are the best use cases of the Enjin Coin ecosystem. They use the Enjin Unity SDK, network, and its smart wallet to grow their online games.

Blockchain promises to establish asset security, authenticity, interoperability, and transferability. All this brings in a uniformity into the gaming world which blurs the line between Second Life experiences and real-life experience.

The audience has become broader for this concept of trading blockchain-secured, unique digital assets; whether they are exhibited as cat illustrations or something else.

To illustrate, the trade of virtual items or in-game asset aggregates to be a $50 Billion industry. The items range from different skins to gadgets and weaponry. Many developers create an opportunity for the gamer to buy these assets. The revenue earned this way continues to replenish the development budget.

The transactions from the “pay-to-win” gaming community are a revenue channel for the developers. Yet, the payment systems in place are not robust enough. The secure payment processing platform is missing. The imposter sites are hacking the gamer accounts.

To solve these issues, the blockchain has been set in place. Various Gaming projects on Enjin Coin are building a completely new in-game economy. The gamers can level up by getting an asset and use it in other games or trade it or find alternative uses. Apart from users it also incentivizes independent game developers as they wouldn’t need to give a major share to bigger gaming companies to start making the game. Instead, they can easily raise funds to develop blockchain-based games.

Blockchain acts like a shared ledger which will create a trustless environment. The upgrade wait time for gamers will be reduced. As the blockchain will maintain transparency about upgrades and bug fixes.

Tracking fairness of the game giving a player true value for their respective in-game assets encourages gaming. This way they enjoy playing without the risk that they will lose it and think smart. All transfers and trades for the online game will happen over the blockchain.

There will be no reverse transactions, double charge or fake items.

Most frequent gamers spend 12 hours per week playing online games. Roughly 211 million Americans play video games on any kind of device. This is around 64% of the American population. Incentivizing gamers with crypto tokens is a perfect way to keep them engaged. The gamers can tie their digital wallets to the game and earn tokens for spending time on games. Especially if the tokens are backed by Enjin coin following ERC1155 protocol it will give an inherent value to the gamers. Because it will serve as an underlying asset for all the game items that can be used across various gaming platforms.

Beyond the Void, another game which offers their own token, Nexium, also used their token to fund development and allow anyone outside the game to buy game items and currency. The Nexium token holders can now trade it across the Ethereum Blockchain. CryptoFights is another example where gamers can send in-game items to any other ETH user with the supported Enjin smart wallet. This smart wallet provides security features and customized experience.

A new way to quit the game is introduced by being able to sell off your in-game assets before you leave a game. And at the same time, allows players to recover some funds that they deposited.

The gaming industry is continuing to grow in both size and value. The incentive generating models for gamers are stimulating more gaming enthusiast. Blockchain aims to build a trustless ecosystem where the game publishers and gamers both put in a synchronized effort to fuel the growth of the online gaming industry in a secured manner. 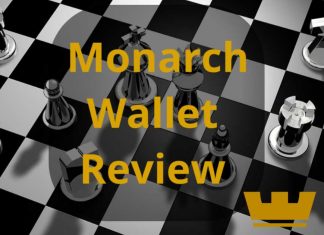 Tom Campbell - May 25, 2019 6
Would you give your banking information or car keys to a stranger? Heck no! Why? Because YOU WANT TO CONTROL YOUR ASSETS. When it comes...