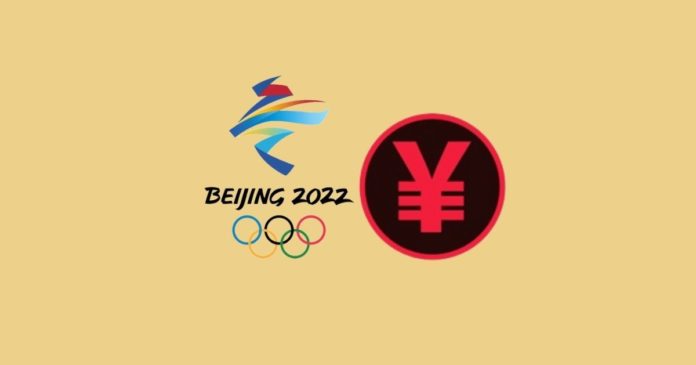 The much-hyped People’s Bank of China (PBoC) digital yuan has had a slow start. This comes despite the state pushing it as the primary online payments method at the Winter Olympics.

China’s grand plans of pushing its central bank digital currency (CBDC) to foreigners for the first time have had a shaky start. The regime wanted to use the Beijing Winter Olympics as a testbed to roll out the e-CNY (the digital yuan) to foreigners.

Apparently, very few are able to use it.

Wall Street Journal’s China correspondent Liza Lin commented that the country’s leading payments network is blocked. She tweeted last week that people in the Olympic Village could not use Alipay or Wechat.

“This must be the only place in China you can’t use Alipay to pay for stuff. Its Visa, cash (!) or E-CNY, and I’ve not seen anyone use the digital currency yet.”

Another big reason why this isn’t China. you couldn’t use Alipay or Wechat pay in the Olympic media Center cafeteria. This must be the only place in China you can’t use Alipay to pay for stuff. Its Visa, cash (!) or E-CNY, and I’ve not seen anyone use the digital currency yet. pic.twitter.com/dzXrkfxPHw

Payment Problems at the Hazmat Olympics

Furthermore, the event is the subject of many protests around the globe due to China’s diabolical human rights abuses. It has also been dubbed the “Hazmat Olympics” as the country has been overzealous with its Covid-19 restrictions.

Reports are suggesting that foreigners prefer to use Visa cards than China’s crypto yuan. A Nikkei reporter at the event confirmed the difficulty foreigners were facing using the digital yuan. Additionally, even downloading the app and wallet to use it was problematic as it could not be found on any app store.

Only users connected to Chinese internet providers and with a Bank of China account could access the app. Therefore, this pretty much eliminates any foreigner from using it. Prepaid cards were available but very few visitors were using them for payments, the reporter added.

China has a tight leash on the internet and the apps that people can access. Its “great firewall” blocks most western social media, search, and payments platforms.

China worked fast to roll out its CBDC, quashing the crypto industry in the country in the process. The central bank aims to use the digital yuan to control the capital flow within the country.

The lack of enthusiasm to use it may also stem from concerns that the autocratic regime is monitoring and tracking all transactions on the network. Eswar Prasad, an economics professor at Cornell University, said that privacy issues are a concern. He added that “no central bank really wants its money to be used without auditability and verifiability of the transactions.” 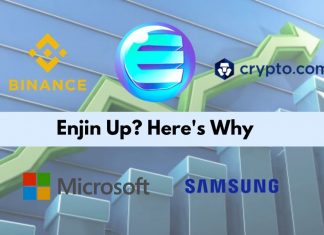 Ezekiel Ng - February 4, 2020 0
Enjin is the leading blockchain gaming project, and its achievements outshine a lot of other projects. Over the past week, its native coin has...