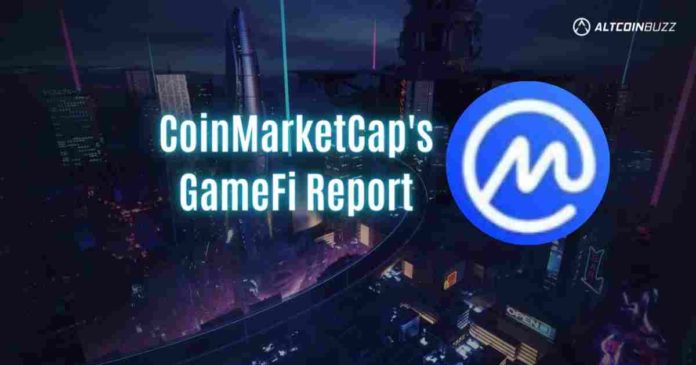 CoinmarketCap (CMC) and Footprint Analytics dive into the nascent GameFi industry’s performance from January to July 2022. They examine chains, tokens, and games to watch in the 2nd half of 2022.

While crypto has had multiple ups and downs over the last decade, GameFi as a new market has just formed in late 2020, and the first half of 2022 was the blockchain gaming industry’s first bear cycle. This CMC research examines the data and analyzes how the industry has done in terms of user behavior, transactions on chain, fundraising, and price performance. Let’s see what they reported.

In terms of volume, Ronin, BNB (formerly BSC), and Harmony significantly exceeded all others. In the case of BNB, minimal transaction costs and simplicity of setup drove a number of projects to join. However, Ronin and Harmony are dependent on the most popular titles in their ecosystem, Axie Infinity and DeFi Kingdoms, to drive volume.

WAX and Hive remained the top two gaming-focused chains in terms of transactions (Txn) and average users in H1 2022.

Axie Infinity is the first crypto game to become a worldwide name due to widespread media coverage. And now it is not in the top 3 games in the terms of active users. The same thing is with STEPN, the first move-to-earn title. They arrived and left.

Alien Worlds and Splinterlands, two titles previously unknown outside of the GameFi space, now continue to rule. Even after price drops, users continued to enjoy playing them, although for a lower ROI. Splinterlands dominated Alien Worlds with about double the number of active users in the first half of 2022, but it had a significant drop in users in June.

WAX and Hive, the two largest GameFi chains in terms of transaction volume, are still highly dependent on the performance of Alien Worlds and Splinterlands customers, who account for 54.55% and 99.85% of their total gamers, respectively.

BNB is the third largest chain, and no single title dominates its ecosystem. However, its true potential will be shown if it begins to host a fantastic game. 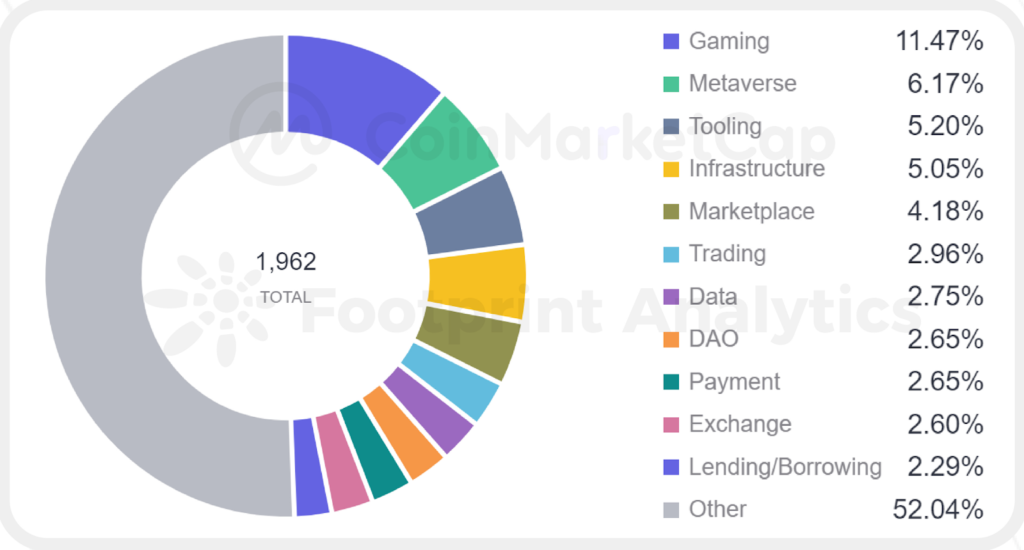 Epic Games received the biggest funding, with $2 billion from Sony Group Corporation and KIRKBI in April 2022. In terms of the number of projects, Animoca Brands leads with 52 projects financed in one year covering GameFi, metaverse, guilds, and so on.

GameFi and Metaverse investments are still concentrated in the seed stage. It accounts for 48% of all deals, indicating that the market is still in its early stages.

The Illuvium game has yet to be released, but it has generated a lot of hype. It is because it claims to be the first big AAA game and has a star team of blockchain and game developers behind it.

Cooperation between Animoca Brands and Blowfish Studios provides a taste of what is expected to be the future of blockchain game creation. It is a collaboration between experienced studios in traditional gaming and blockchain, with massive resources to get projects off the ground.

Big Time is being developed by Big Time Studios, which was formed by Ari Meilich, co-founder of Decentraland. It provides a full AAA RPG experience, as well as an easier onramp through its own hosted wallets. 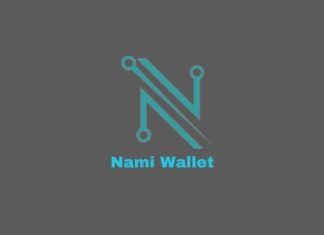 How To Use The Nami Wallet

Ruma - December 18, 2021 0
Nami is a non-custodial, open-source, browser extension wallet for the Cardano blockchain. The application allows the users to manage assets, delegations to stake pools,...

Bitcoin Price Still Struggling: Is Bakkt or China to Blame?