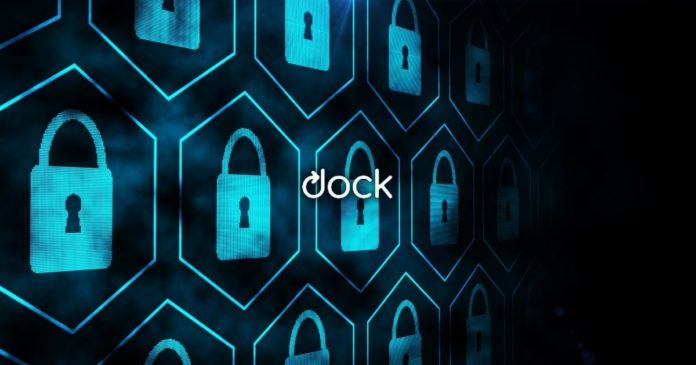 Anyone on the internet or any digital service would agree that there is a real danger to their identity and data. The world faces real-life digital security concerns. Most firms have made moves to solve these problems, but these measures have had limited effect.

But Dock, a blockchain-enabled platform, is one of the protocols leading the way to a new form of digital security. By helping users craft a unique digital identity, Dock makes it difficult for data forgery and compromise. Moreover, as a decentralized platform, Dock provides a better way than most traditional approaches.

With Dock, users no longer have to divulge information they are unwilling to share. Instead, the platform utilizes Decentralized Identifiers (DIDs) and Verifiable Credentials (VCs). DIDs enable decentralized, verified digital identification.

DIDs have related factual data to which only the user has access. Also, DIDs are self-contained and do not rely on centralized repositories. The design also enables the DID’s controller to demonstrate jurisdiction over it without the need for approval from anyone else.

Dock has had an amazing year so far. The platform launched its grant program and had its staking package available on Binance with up to 37.27 percent APY. Dock also launched its highly effective Dock Certs. Dock shared its new and updated roadmap in the spirit of progress, which will serve as a guideline for 2022. Beginning in the second quarter of 2022, users can expect great activities.

If you missed our Live on Youtube, here’s a blog that details the milestones planned in our 2022 Roadmap.

All milestones have been set after extensive research & objectives targeted in Verifiable Credentials, DiD and #Web3 space.

The first item on the list is the Dock Wallet SDK, which makes it possible for other platforms to merge their mobile apps with Dock. Furthermore, Dock’s Wallet SDK source code is available on GitHub. This permits organizations to use the code with their applications and transfer and manage DOCK tokens.

In addition to the Wallet SDK, Dock plans to launch a version of Dock’s Wallet App in Q2. As a result, users can expect high performance for credential storage. This upgrade would further enable users to have a firmer grip on their credentials. They can also store them on their mobile device in their Dock Wallet.

With this update, whenever a verifiable credential is issued with Dock Certs, the owner can now transfer the credential into their Dock Mobile App via a JSON file or QR code. Furthermore, the Mobile Wallet App is compatible with importing any Dock or W3C-compliant credentials.

The Dock team intends to roll out Traceable Credentials in Q2. Additionally, the platform plans to add this feature to the Blockchain SDK. Traceable credentials are important for Dock’s overall plans. They provide the privacy of pseudonymous credentials. Furthermore, they allow the unveiling of fraudsters if necessary.

Finally, Dock’s team plans on launching a bridge with the Ethereum blockchain using Dock’s Blockchain SDK. This launch will provide a pathway for Dock’s users to interact with Ethereum freely. Also, it will aid the seamless migration of Ethereum-based assets to Dock and vice versa.

Dock issuers and DApp builders can utilize the bridge to create DIDs and anchor verifiable credentials while also validating them on Ethereum. The bridge will also provide a new channel for the vast majority of Ethereum-based organizations and DAOs to release VCs and DIDs on Dock verifiable on Ethereum. Dock anticipates that the Ethereum bridge will be a game-changer.

Dock’s third quarter promises to be more fun-filled than anything community users have seen. The platform intends to roll out version 3 of its mobile wallet at the start of the third quarter. The improved version will include advanced features to promote the credential verification flow.

Further plans for Q3 include the completion of a Ledger Live App Submission. Additionally, Dock’s Ledger Wallet App has been approved and added to the Ledger marketplace. This would enable users to engage with Dock on Ledger and store DOCK tokens on Ledger hardware.

Afterward, the platform plans to launch a Ledger Live desktop/web app that would provide better user engagement and instant support to users. Dock will roll out this update by the end of Q3.

Dock’s Mobile Wallet App, Version 4, is one of the most anticipated features. This version will include staking, to the delight of users. Via the Dock Mobile Wallet App, users can manage, send, and receive their tokens. The Dock team intends to release this feature by the end of Q3.

In addition to the already mentioned updates, the digital identity platform plans to release a relay service in Q3. This feature would aid communication between the wallet and Dock Certs/API. As a result, an issuer, verifier, and holder can engage in offline communication.

Finally, by the end of the third quarter, Dock’s team plans to complete the integration with Circom, a scripting language. Dock’s present level of expressiveness of its anonymous credentials is confined to a few sets of activities. These include a range of proofs and attribute equality across certificates. But the integration with Circom will change all that and increase its level of expressiveness.

Dock’s To Launch a Web Wallet in Q4

Q4 2022 will feature the launch of Dock’s Web Wallet. This update will prove vital for the platform. It will feature all of the capabilities of Dock’s Mobile Wallet App. This means that users can store, send, receive and manage their tokens via the Web Wallet. Furthermore, the Web Wallet would permit the storage of verifiable credentials.

These updates would be a good way to draw the curtain on what would be a great year. Dock’s progress over the last few months means that the next few months will be a thrilling adventure for its community members. 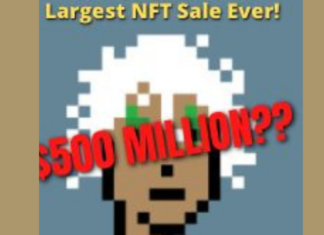