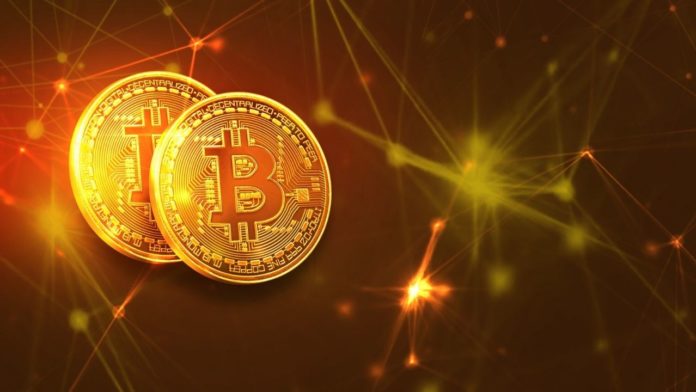 Murad Mahmudov and David Puell are the brains behind the MVRV ratio. The duo patterned their work after the Realized Cap model developed by the Coinmetrics team, led by Nic Carter and Antoine Le Calvez. As a result, MVRV reflects the current profit or loss of all coins in circulation at the current market price.

MVRV, which stands for market-value-to-realized-value, is a ratio that compares an asset’s market capitalization to its realized capitalization.

Here’s what’s important to understand. Realized value is the price of Bitcoin the last time that coin moved. And since most people are HODLing and not trading, that last time is when they bought it. So if they bought at 50k, and now the price is 40k, then the MVRV for this coin is 40k/50k or 0.8. It’s below 1 so they are holding the coin at a loss.

As a result, people get a clearer picture of if the market is undervalued or overvalued based on how profitable their positions are. Furthermore, analysts can also use extreme disparities between market value and realized value to identify market tops and bottoms since they show periods of intense unrealized profit and loss for investors.

Another way to look at the MVRV ratio is as a behavioral analysis between speculators and Bitcoin holders. Given that rapid fluctuations in market value are primarily the result of speculation, market value is an indicator from the perspective of speculators. On the other hand, realized value is a market valuation statistic from the holders’ perspective because it reflects prices at the time the coin moved last.

Historically, the MVRV has proved to be a great predictor of tops and bottoms, particularly for Bitcoin. Spikes in the MVRV signal that the market has reached its peak, whereas lows occur when the market is accumulating. MVRV reveals rather healthy growth patterns for Bitcoin, followed by brief buildup times.

To get the MVRV, divide the market value by the realized value. Two threshold settings are provided for using this ratio in trading:

An MVRV of 1 is thus a significant limit because:

Past statistics reveal that when the MVRV falls below one this is the best time to grab bitcoins.

Is the MVRV a Reliable Yardstick?

Several crypto organizations, including the Luna Foundation Guard, are eager to increase their Bitcoin holdings. Advocates of this move highlighted a large increase in ‘paper’ BTC as the ProShares ETF’s total Bitcoin exposure reached an unprecedented high.

Surprisingly, corporate interest in Bitcoin is being met with paper assets via exposure to NYSE-traded ETFs such as ProShares. According to Arcane Research, the total bitcoin exposure in the ProShares ETF has reached a new high of more than 28,000 BTC. It’s easier to access a certificate backed by Bitcoin than for a nocoiner to learn about wallets, custody and keys and go buy their own. Thus, the ‘paper’ market for Bitcoin.

However, despite how impressive these figures are, Caitlin Long, a Wall Street senior investor, is concerned about the surge in popularity of paper Bitcoin. Long touched on the phenomenon, demonstrating that paper assets generate a fictitious supply that meets genuine demand. This causes the asset’s price to fall. Long shared a series of tweets where she maintained her argument about the actual state of the market.

Furthermore, Long believes that MVRV is not the best criterion for determining Bitcoin’s worth. The realized value of Bitcoin may be insufficient since go-betweens hold fractional reserves of the asset, and the figure is likely to be erroneous.

1/ I DIDN'T SEE SOMETHING UNTIL NOW. Often I've spoken about paper assets creating a fake supply that satisfies real demand, & that (all else equal) this causes an asset's price to fall. Most recently this came up in a debate with @timevalueofbtc abt using #MVRV to value #bitcoin

She tweeted, “The issue? RV isn’t an accurate number because it’s impacted by all the paper #bitcoin issued by intermediaries. If all intermediaries always held 100% bitcoin reserves to back the bitcoin claims they issue, then RV would be reliable. But many intermediaries likely run fractional.” Fractional, like our banking system, means having less collateral than what they lend out or sell as certificates.

In addition, Long maintains that Bitcoin’s underlying valuation is higher than its market price. The financial experts argue that there are more paper claims than real on-chain BTC. As a result, investors who hold the asset suffer from the difference. Furthermore, the surge in paper Bitcoin might eventually cause a significant supply shock in the asset. This will lead to a rapid increase in prices.

Any Hope of a Balance?

Long believes that the crypto space can achieve some level of balance in the long run and can observe the true realized value of Bitcoin. She tweeted, “Will we ever be able to observe the true RV for #bitcoin? Yes, I believe so. It will happen someday when there’s a run in the market & some intermediaries fail so that only the fully-reserved intermediaries survive it.”

14/ @TraceMayer used to say that #bitcoin will someday demonstrate itself to be the apex predator of finance, bc anyone running fractional (ie, leveraged) will fail when their customers redeem paper bitcoin IOUs for real on-chain bitcoins. Such a mkt-wide test hasn't happened yet

Long stated that true price discovery will occur when the market distinguishes between the price of real Bitcoin and that of paper Bitcoin. However, no one has any idea of when that will occur. And even with this weakness, it’s still a good tool for on-chain analysis when combined with other tools to measure sentiment.

13/ Will we ever be able to observe the true RV for #bitcoin? Yes, I believe so. It will happen someday when there's a run in the market & some intermediaries fail, so that only the fully-reserved intermediaries survive it.

Bitcoin is still the king, the #1 project by market value, at $767 billion. It’s traded $32 billion worth in the last 24 hours and its price is flat at $40,350. BTC is 41% off its high from November suffering as much of the market has been the last few months. 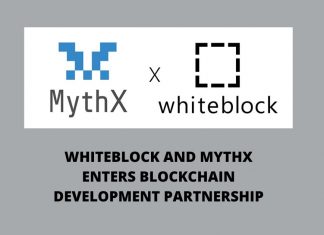 David Abel - July 13, 2020 0
On 1 July, Blockchain Testing & Development Platform Whiteblock announced its partnership with Mythx for blockchain development. The partnership between MythX and Whiteblock Genesis will...

Will Celsius Not Be Able to Honor Redemptions?