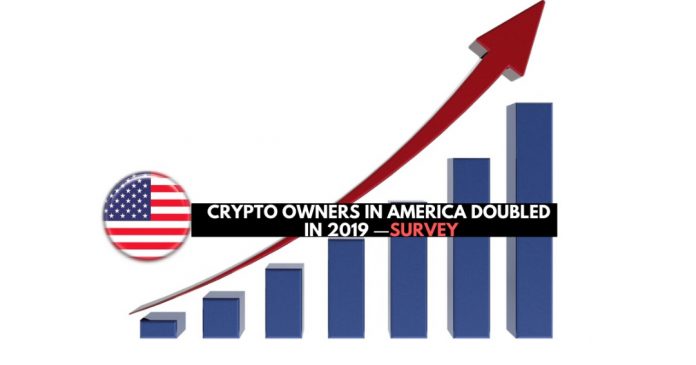 A study done by Finder has revealed that the number of Americans that own cryptocurrency has doubled in 2019.

An independent survey showed that the fraction of crypto owning Americans has increased.

“In the last year, the number of Americans who own a cryptocurrency has almost doubled from 7.95% in 2018 to 14.4% in 2019, an increase of 81% in one year, according to a survey of 2,068 participants commissioned by Finder. That means roughly 36.5 million Americans own some form of crypto,” the site reads.

Finder conducted the survey including 2,068 Americans. The results were:

Besides, the study divulged that over half of Americans owning digital assets are actually “crypto polygamists.” This means that they know about BTC and own it, however, 55.4% of its investors still buy into altcoins.

The survey further disclosed the reasons for buying into digital assets. For instance, Americans  (approximately 22.3 million (61%) see it as a form of investment.

Transaction payment (29.3%) and wanting to store their money outside traditional banks (25.6%) were second and third most common reasons respectively. Sending money overseas is also important. (18.2%)

On the other hand, 47.9% of Americans who are staying away believe that crypto is too complicated. Then, there are those who are simply partial toward it (45%) and those who think it is too risky (23%).

Previously, a completely different survey showed that over 32% of Europeans believe crypto is the future online payment medium. Besides, a survey involving Chinese students showed that several of them see crypto as a must-have.

Despite the severe crackdown on crypto by the United States and Trump’s apparent dislike for it, it is quite clear that digital currency is here to stay. 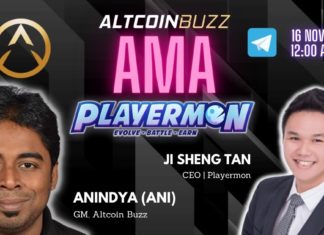 David Abel - November 21, 2021 0
Playermon is an NFT game based on Pokémon. It allows players to explore and carry out challenges in a universe using their designated Playermons. The...