It’s official now!  Bakkt is asking its customers a $3,900 initial deposit to margin trade the daily and Bitcoin futures. The exchange regulator, Intercontinental Exchange U.S. released a detailed margin notice requirement yesterday. How does it correlate with Bitcoin’s price?

This puts an end to all the margin trading speculations around its launch on 23rd September. As expected, it is close to 37% of the current Bitcoin price. Last month, there was a brief mention of its correlation with the Bitcoin trading price in Bakkt’s faqs. 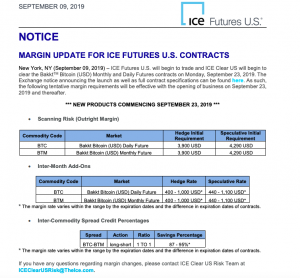 Predictably, the hedge’s initial requirement is $3,900. It is the speculative initial requirement that deviated to the higher end of the spread at $4,290. The deposits will act as collateral to open a margin trading position for daily and monthly commodities.

John Todaro, TradeBlock director of research, explained the deviation. And it turns out this is required to prevent excessive speculation leading to Bitcoin price volatility.

While the outright margin is fixed, the Inter-month Add-ons exhibit a significant fluctuation. The hedge rate will swing between $400-$1,000. But the speculative rate shows higher fluctuation between $440-$1,100. And ICE writes that the margin rates vary on the basis of the futures expiration date.

Once again Todaro gives a sound explanation. The fluctuation in rates is to cover the position maintenance requirement as per the market performance. Such a provision ensures you are always at the initial margin.

The Bakkt Bitcoin Futures aspirants need to take notice that the ICUS risk department governs the spread. And reserves all the rights to adjust margin levels on the basis of market conditions.

Last week it received all the applause for its Bakkt warehouse launch. Bakkt is doing a good job of keeping the curious community busy with updates. The highly-anticipated launch is just two weeks from now.

The margin trade announcement is a slight deviation from its August 2018 roadmap. At that time, Bakkt held a strong stand against supporting margin trading. But on 16th August CEO Kelly Loeffler announced that the daily and monthly futures will be margined instruments of trade.

After multiple push backs from regulatory bodies, Bakkt Bitcoin futures are finally seeing the light of the day. We don’t think the protagonists would mind this deviation which secures their bitcoin futures against price volatilities. 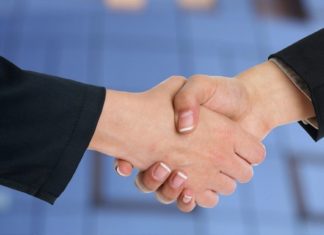 David Abel - November 19, 2020 0
Polkastarter recently announced its technical partnership with Covalent. Covalent is a unified API service that is responsible for assembling blockchain-based data points to be used...