South Korea is home to the third-largest cryptocurrency market in the world. The Bank of Korea (BOK) is gearing up to release its recommendations for cryptocurrencies, and possibly the release of a central bank digital currency.

The bank said that a task force has been looking into the possibility of releasing a CBDC and what impact it may have on the countries finance sector. The bank plans to release an update on their findings by the end of June.

The Bank of Korea is taking caution in the process of creating its CBDC and will likely not announce any sort of plans for their currency until sufficient testing has been done.

Korea’s central bank has been printing less Korean Won. This is in response to many South Koreans moving away from cash and finding mobile and other electronic payment means. Kwak Hyun-soo from the Shinhan Investment Corp in Korea believes that a cashless Korea could cut costs up to 1.1% of Korea’s GDP.

The capital of South Korea, Seoul, has been looking into creating a crypto asset of their own. Park Won-soon, the mayor of Seoul, said that the currency (known as “S-coin”) could be used for city-funded welfare programs and paying private contractors.

“Seoul is one of the cities that are leading the Fourth Industrial Revolution,” Park said. “So it’s natural (for Seoul) to study and invest in new technologies such as blockchain.” 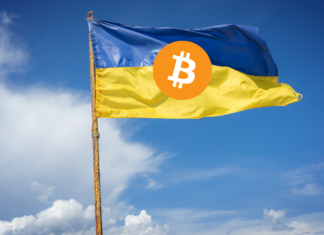 Ukraine Moves Towards Legalizing Cryptocurrencies in the Next 3 Years

Luc Lammers - October 31, 2018 0
With the news coming out today that India might ban the use of cryptocurrencies, there are also enough countries with a more positive approach....

People Know About Crypto, But Are Not Buying Into It, ING...