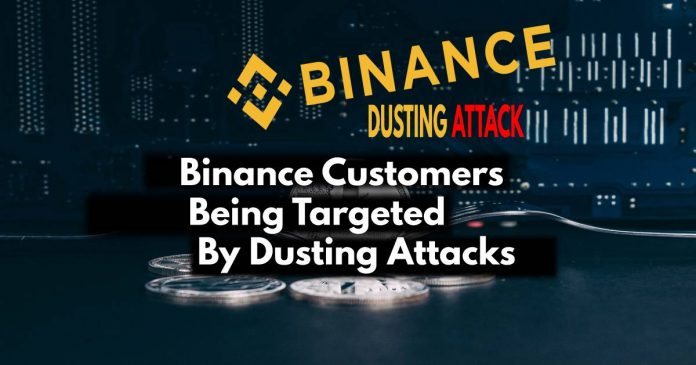 Earlier today, Binance issued a warning regarding a dusting attack that involves Litecoin holders. The scammers use dusting attacks in order do break the privacy of wallet holders.

What does dusting have to do with the holder’s real identity?

Attackers send a tiny amount of cryptocurrency to a large number of wallets, in other words, dusting.

After a dusting attack has been performed, the scammers will attempt on tracing transactions between the targeted wallets in an effort to identify the holders’ identity.

“Scammers recently realized that cryptocurrency users do not pay much attention to these tiny amounts showing up in their wallets, so they began ‘dusting’ a large number of addresses by sending a few satoshis to them. After dusting multiple addresses, the next step of a dusting attack involves a combined analysis of those various addresses in an attempt to identify which ones belong to the same wallet. The goal is to eventually be able to link the dusted addresses and wallets to their respective companies or individuals. If successful, the attackers may use this knowledge against their targets, either through elaborated phishing attacks or cyber-extortion threats.”

How can one prevent being a target of dusting?

The only way to prevent being a target of a dusting attack is by not moving the “dust” (or the tiny amount of coin received).