As of press time, the cryptocurrency market cap is above $475B. Bitcoin is gaining momentum, and the price of 1 BTC has now exceeded $10.000. Litecoin is the biggest gainer, reaching new highs since January 15th.

The cryptocurrency market has been recovering since February 6th, and as of press time, the total market cap is above $475 billion. Nearly every cryptocurrency in the top 100 has been increasing in value against the US dollar.

Litecoin was the biggest gainer within the top 25

Litecoin is currently ranked fifth and rose as high as $236/LTC on Bitfinex, achieving its highest since January 15th. The price increase appears to be because of the recent LitePay announcement. LitePay is the payment processor of Litecoin where retailers can accept Litecoin payments instantly from anywhere in the world, which eventually could lead to LTC becoming the cryptocurrency choice for everyday transactions. 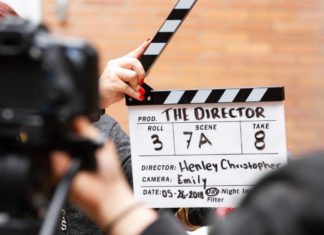 Which is the First NFT Project to Partner with a Film...

David Abel - December 19, 2021 0
It's the first time an NFT project and a major film franchise have joined hands, bringing fans free tickets and other goodies. The collaboration aims...