A lot of times when you read an article about Bitcoin Cash, the subject of the article is about whether Bitcoin Cash is set to be the real Bitcoin or not. A good point for discussion of course, but doesn’t Bitcoin Cash deserve more credit than just endlessly talking about this particular subject?

What is Bitcoin Cash?

On August 1st, 2017, Bitcoin experienced its first hard fork which gave birth to Bitcoin Cash. Bitcoin Cash was created to bring back the essential qualities of money inherent in the original Bitcoin software. According to the creators or Bitcoin Cash, a lot of original qualities of Bitcoin were filtered out of the Bitcoin Core and progress was stifled. Due to increasingly high fees per transactions and transfer times taking hours to days, Bitcoin Core was not usable anymore as money.

The messages and opinions about the arrival of the Bitcoin Cash vary. There are users who are absolutely not happy with the split because there is a fear of a depreciation of the value of the original Bitcoin. Other users are satisfied and see the arrival of Bitcoin Cash as the solution to the current problems.

Things that might predict a bright future for Bitcoin Cash:

The transaction costs for Bitcoin Cash are a lot cheaper than with Bitcoin and many other currencies. The explosion in the cryptocurrency markets last December caused a flood of new transactions. This has resulted in fees rising across the board. The average fee for Bitcoin transactions even rose above $41.62 during that time.

For example, Bitcoin Cash is supported by the major exchanges like Binance, Kraken, Coinbase, Bitstamp, Huobi Pro, Bithumb, and more.

Thanks to the BitPay integration Bitcoin Cash is also accepted by thousands of traders around the globe. Bitcoin Cash may be available anywhere in 2018 where Bitcoin can also be used for payment.

Moreover, the upcoming network upgrade will reinstate and add new operating codes (OP Codes) and scripting abilities to the BCH chain which will enable tokenizing methods and the ability to code smart contracts within the BCH network.

Even before the hard fork of August 1st, Bitcoin Cash already had a strong community of like-minded ideas. After the successful hard fork, the belief to make Bitcoin Cash a success has only grown stronger.

Besides that, the Bitcoin Cash popularity amongst crypto traders across the globe has seen a huge increase. A metric to support this claim is the significant increase in Bitcoin Cash related meetups worldwide. Bitcoin Cash really seems to create adoption amongst many cryptocurrency believers.

The events aim to bring together BCH merchants, users, and enthusiasts in order to nurture the local community.

Furthermore, on Twitter, the account @BCHMeetups can be followed to get the latest updates about meetups taking place in many different countries. It also publishes pictures and stories from events that have already happened. 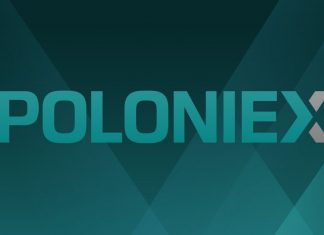 Become One of Poloniex Community Leaders

Racheal - February 4, 2020 0
Poloniex wants to recruit more community leaders. In line with this announcement, it has sent an open invitation to interested persons. This is according...

Bitfinex To Raise $1Billion With an IEO