VanEck along with SolidX and Bank of New York Mellon will join together to create the first Bitcoin ETF. If approved trading will begin sometime around Q1 of 2019 under the symbol XBTC on the Cboe BZX Exchange.

Will the saying “Third time’s the charm” hold true? VanEck, an Investment Management Company, will try for a Bitcoin ETF (exchange traded fund) for the third time with the help of SolidX and Bank of New York Mellon. According to the filing, VanEck will market the ETF while SolidX will create the underlying index and Bank of New York Mellon will be the custodian. If approved, trading will begin sometime around Q1 2019 under the symbol XBTC on the Cboe BZX Exchange.

While this is great news, there are a few unfortunate caveats. The biggest one is that one share will cost $200,000 in order to directly market institutional investors. The other being that the price of the underlying asset, Bitcoin, will be tracked from VanEck’s subsidiary MVIS which uses the price from OTC trades instead of electronic exchanges, this means the prices of an individual Bitcoin will be higher than on exchanges like Coinbase where retail investors can buy and sell Bitcoin.

The first time VanEck tried to file for an ETF, in August 2017, they based it on the Bitcoin futures and had to withdraw their request as the futures didn’t exist yet. When they filed for a second time in December, they had to withdraw their request again because the SEC raised concerns over the volatility and the liquidity of the asset. SolidX and the Winklevoss twins also failed to convince the SEC to allow a Bitcoin ETF back in early 2017 even though it was based on physical Bitcoin (ironic, physical Bitcoin :p). Hopefully this time is different and we see the first Bitcoin ETF in the near future.

“I believe that bitcoin has emerged as a legitimate investment option, as a type of ‘digital gold’ that may make sense for investors’ portfolios…A properly constructed physically-backed bitcoin ETF will be designed to provide exposure to the price of bitcoin, and an insurance component will help protect shareholders against the operational risks of sourcing and holding bitcoin.” -Jan van Eck, chief executive officer of VanEck 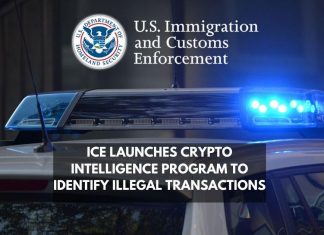