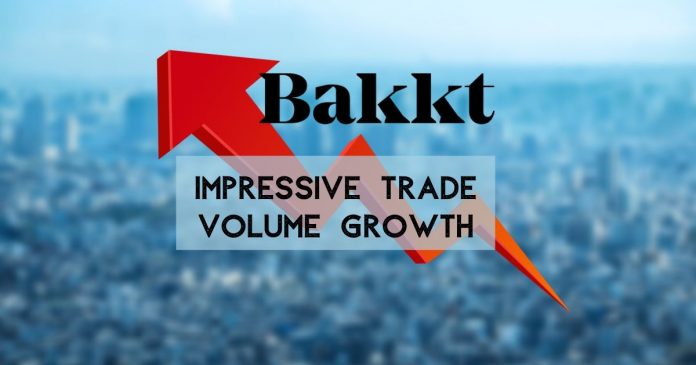 Bakkt failed to receive the anticipated market’s response at its launch. However, after witnessing underwhelming trading volumes in September, it seems that its gaining strength. The new figures are quite close to the October ones. Back then, the platform recorded a 260% jump within 24 hours.

Looking at the initial trading volumes, pessimists shouted Bakkt was a joke. Thus, in the first 24 hours of launch on 22nd Sep, Bakkt traded only 71 Bitcoin futures contracts.

And yet November is different. On November 5th, Bakkt traded its second-highest contract volumes since its launch. According to the twitter handle @BakktBot, the platform traded 1061 Bitcoin contracts worth $10 million, a 96% jump from the previous day. By comparison, even at its second-best, Bakkt’s volume amounts to be only 4% of CME daily trade volumes.

Overall, the growing trading volume is undoubtedly an impressive progression for Bakkt.

To add, BakktBot has been reporting subtle gains in trading volumes compared to October. If the progression continues, Bakkt trade volumes for November might cross $200 million.

Here is a comparative analysis of Bakkt’s trading volume growth in 1st week of October and November: 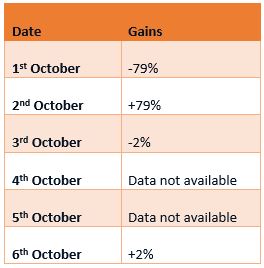 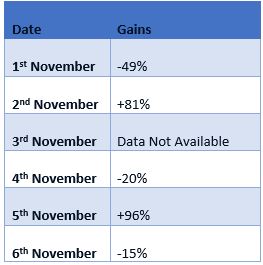 Besides, here is the latest total open interest data of Bakkt from Skew. It has doubled in the last 2 days. 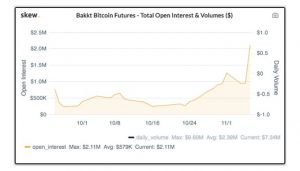 Judging by the data, Bakkt’s advocates were right after all. They always believed Bakkt would open newer demands for Bitcoin. They argued it would bring in institutional investors, who have been waiting for the right instrument to trade in Bitcoin.

According to Bakkt CEO Jeffrey Sprecher, a tremendous amount of dialogue is going on with financial institutions. And both have been trying to figure out a way to integrate Bakkt into their existing systems.

While the dialog is on, it is noteworthy that in October, a Wall Street veteran Noah Weisberger made a prophecy. He emphasized that things like Bakkt tend to develop slowly.

Recently, Starbucks announced it would be integrating the Bakkt cryptocurrency payment service which is going to hit the market by July 2020. Starbucks owns 30,000 outlets across the globe, thus it will expose the Bakkt payment system to a massive cryptocurrency user base. 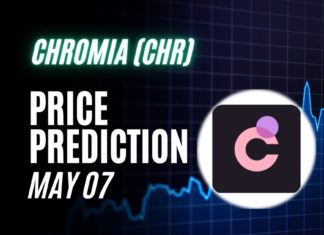 Anurag - May 7, 2022 0
Chromia is a blockchain platform for the creation and deployment of decentralized applications (DApps). For each DApp, the platform enables the creation of numerous...