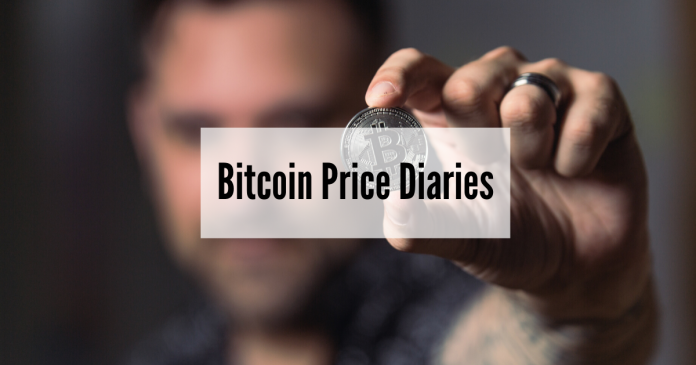 If Bitcoin was a diary, the number of “Dear Bitcoin” entries would, probably, be endless.

The crypto-verse has always dedicated a substantial amount of time to discussing the price of Bitcoin. Today is no different. The crypto realm is humming with all sorts of conversations and there’s a reason why.

Predictably such price fluctuations didn’t go unnoticed. Bitcoin bulls like Peter Brandt have commented on the matter, saying that the coin is on the right track as “all the weak hands are out.”

However, Sunday has greeted the crypto-verse with mediocre news. BTC has hit a correction and the coin’s price dwindled to $8,628.33. Immediately, CoinGecko asked the community whether it had expected such a correction all along.

The community’s response was mixed. Some users said that this is a completely normal phenomenon. Others turned to the whale explanation, saying that s/he is “causing panic to weak hands.”

A user called @vandyck1977 applied a more philosophical approach, stating “what goes up must go down” and advised to “chill.” He, after all, believes that $3,500 is still an achievable level — a statement Brandt would most likely disagree with.

Others are gauging yields

While one part of the community is discussing yet another one of Bitcoin price fluctuations, others are busy assessing the long term profitability of BTC investments.

Anthony Pompliano, an eminent crypto persona and co-founder and Managing Partner at Full Tilt Capital, commented on Eddy Elfenbein’s tweet concerning S&P investments. Particularly, Elfenbein noted, “if you had invested $10,000 in the S&P 500 at the start of this year, you’d now have $10,305.93.”

Pompliano, on the other hand, noted that if such an investor had opted for BTC, the ROI would be $2,400.

Note: this isn’t an investment advice, more so since other factors need to be taken into consideration.

The tweet, however, attracted the attention of Changpeng Zhao, CEO of Binance, who admitted he was a savage. Yet, he still asked the community to make the BNB version of the calculation.

Oh, someone post the $bnb version please! 🙏 savage I know. 😂

Before you get too excited, note that the same calculation for the 16th of January would have produced a completely different number — $12,094. That’s what price fluctuation is all about, and that’s why it’s crucial to do your own research and come to terms with the risks.

While the community is buzzing about Bitcoin price dips and price gains, some are simply waiting.

@TheCryptoDog is among them. Judging by his latest tweet, the ongoing talk of the town doesn’t really bother him. He’s “patiently waiting for $500k $BTC levels where I will take profit on my long-term holdings.” Adding “good luck homies.”

Patiently waiting for $500k $BTC levels where I will take profit on my long-term holdings.

Such a laid back attitude, grit and composure deserve admiration. Altcoin Buzz has only one option at hand and that’s to write “Good luck to you homie as well.” 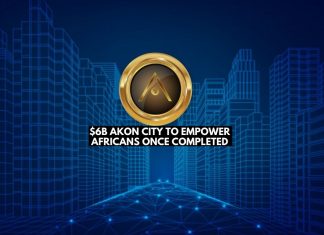 $6B Akon City to Empower Africans

Daniel Abel - August 29, 2020 0
The construction of Akon's $6 billion worth Akon City is underway. The Grammy-nominated rapper has disclosed that once completed the project will empower Africans...

Introductory Guide on How to Deposit $sAVAX on Anchor Protocol