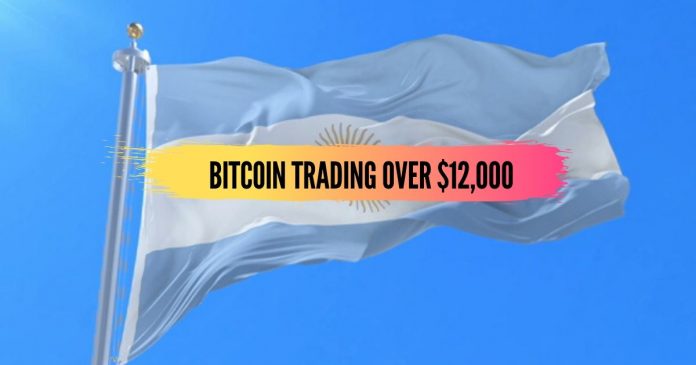 In the past two weeks, Argentina’s government imposed severe measures on the purchase of US dollars and cryptocurrencies. The country did it to preserve its foreign reserves. As a result, Bitcoin’s demand over peer-to-peer exchanges soared up leading to a staggering 35% premium imposition.

Source: Ripio.com
The premium imposition went unnoticed until a Reddit user reported it. When AltcoinBuzz checked the “Bitcoin real-time quote” on Ripio, the observation was staggering.
The bitcoin price has been much higher than the global market since October 28th. And it coincides with the day the country’s Central Bank imposed US dollar capital controls. These restrictions pushed Argentinian’s to peer-to-peer exchanges.
According to Coin Dance 16,436,088 bitcoins were traded on P2P exchange LocalBitcoins in the entire week of 2nd November. Last week’s bitcoin volume actually surpassed July’s high of $15.4 million. It was also noticed that the premium imposition over LocalBitcoins was 20%, almost half of Ripio’s.
Argentina has fallen back into an economic crisis once again. And this is because it failed to learn from its decade-old mistakes. Effectively, the underlying cause of the current situation is the permitted excessive foreign-currency debt.
In an attempt of damage control, the Argentinean Banks brought in capital control and prohibited BTC buying using credit cards. In order to preserve the forex reserves, it is also now cutting down the trading desk jobs.

10 Reasons Why You should Buy THETA

Piyush Tripathi - January 22, 2021 2
There are lots of projects popping out, but Theta is definitely one of the interesting ones. This project features a decentralized content delivery platform....